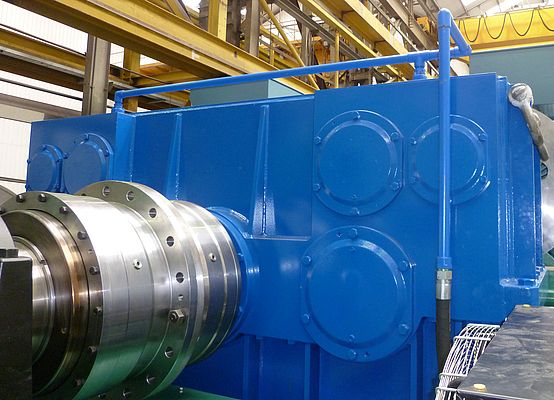 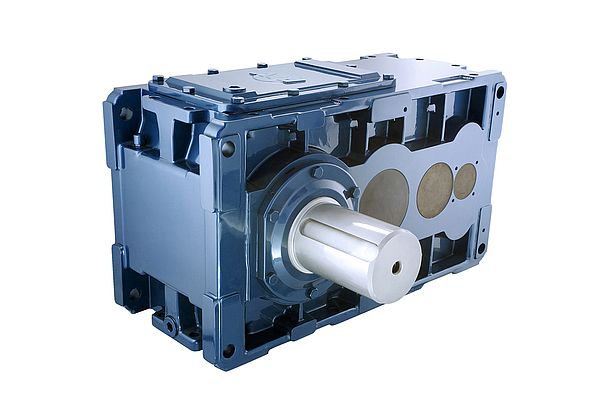 At one of the UK's biggest steelworks, an enclosed gearbox solution protects the conveying mechanism for raw materials while providing the motive power required and reducing both energy consumption and noise.

Most large commercial blast furnaces receive tons of raw materials on a continuous basis; this requires a conveying system which is capable of carrying large skips at high speeds to the top of the furnace. The open gear systems which are traditionally used to drive the skip winches are characterised by loud operation and heavy vibration, which inevitably leads to wear and ultimately reliability issues. Brevini Power Transmissions however has developed an enclosed gearbox solution for one of the UK's biggest steelworks, one that protects the mechanism while providing the motive power required and reducing both energy consumption and noise.

Close proximity to a large commercial blast furnace represents an extremely tough working environment. Used in the production of pig iron; an intermediate material used in the production of steel, raw materials such as ore and scrap are fed in through the top of the furnace while air is blown in at the bottom. As the materials move through the furnace they are melted down, allowing molten metal and slag to be separated and tapped from the bottom.

A large steel mill located in the north of England operates four blast furnaces which are each fed by two skips. The skips are transported on a counterweight winching system meaning that as one skip is lifted the other is lowered. Traditionally each skip winch was driven by an open gear system which consisted of a large ring gear driven by two pinions which were each, in turn, driven by a smaller gearbox.

Due to wear related reliability issues, one of the winch systems needed replacing and an alternative was investigated. Brevini is well known in the industry for developing robust bespoke drive systems for applications that require high reduction ratios, high reliability and high efficiency, so the contractors for the project approached its sales team for advice on a solution.

Using a Posired 2 Type PD63 three-stage helical reduction gearbox, Brevini was able to supply a drive solution that could transfer the high amounts of power from the 410kW electric motors to the winch and carry the 7.8m3 skips at the required speeds. The solutions significantly reduced noise and vibration during operation which in turn is set to significantly increase reliability and reduce maintenance costs.

Dave Brown, Sales Manager for Brevini UK, comments: "Steel works are a very tough environment and the site engineers understand that specifying anything but high quality power transmission equipment with a proven track record is a mistake. What we were able to do was to provide a flexible, adaptable product that could be designed around their requirements and still delivered at a competitive price and on realistic time scales. More and more of our retrofit work for heavy duty applications is being won on the basis that we will provide a solution, not just offer something off the shelf, but without the traditional downsides of cost and long lead times."

One benefit of the old, open gear system was that a degree of redundancy was built into the design; the ring gear was driven by two gearboxes, so there were two motors that powered the winch. This meant that in the event of a failure to one motor, the winch could still be operated by the other. Brevini provided an alternative solution this issue too, offering a similar level of security in the event of a breakdown.

Since the drive has been installed in the blast furnace it has operated far beyond the capabilities of the system that it replaced; it has already reduced the site's maintenance requirements and reduced noise levels. The solution has proven so successful that orders have been placed to supply similar designs to one of the other furnaces at that site, in addition to another company steelworks located in the Port Talbot area.