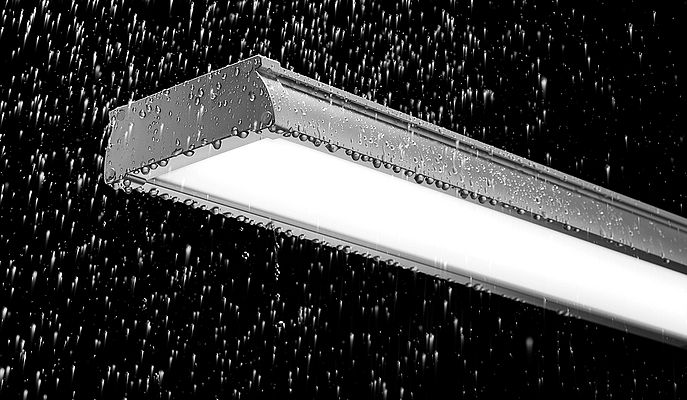 LED Eco Lights has added SMART Sensor technology to its Goodlight™ G5 LED battens, allowing the luminaires to be grouped and respond intelligently to a building’s lighting needs. Warehouses and industrial sites can reduce their lighting energy bill by up to 65% by replacing fluorescent lighting in offices, production areas, warehouses, car parks, loading bays and other areas with SMART Goodlight G5 LED battens from LED Eco Lights.

Goodlight G5 battens now feature SMART Sensor, a built-in RF wireless sensor which allows full control of the luminaire. The sensor not only allows the luminaire to respond directly to occupancy, motion and light levels, but also allows it to communicate with other grouped luminaires. G5 LED battens can be grouped together, with one master controlling the behaviour of multiple slaves. The feature allows lighting to be controlled much more intelligently.

For example, lights can be switched on in anticipation of occupants entering an area for example as they progress along a corridor or up a flight of stairs. The Goodlight SMART Sensor includes Daylight Monitoring and Tri-level Dimming. All options and settings can be programmed and adjusted by simple remote control.