The second edition of AI Convention Europe, taking place in Brussels the 3rd of October, is coupled with IoT Mobility Europe this year! The events demonstrate and discuss the latest challenges and synergies at the intersection of AI and IoT 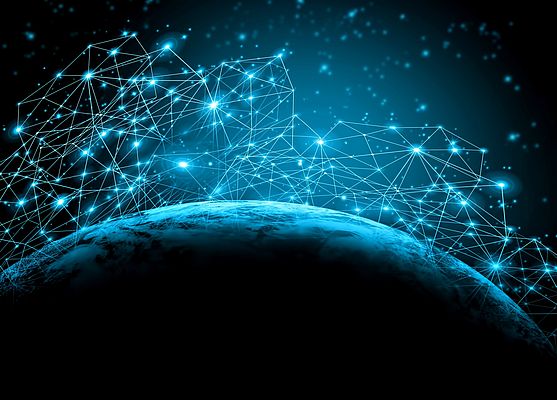 Enhanced by machine learning, IoT is effectively multiplying the impact and benefit to industry players who are adopting these complimentary technologies. Combining IoT with advanced AI technologies is now an integral element for success in digital ecosystems.
The concept of Artificial Intelligence has been around for many decades. Its progress has been fluctuating since the first time it was mentioned in 1956 during the Dartmouth conference. Later, we quickly fell into the "winter of AI" as funding dried up. Then the funding went up with the functional expert systems and dried up again because of the lack of computer power. And finally, we had a renewal of AI through neural networks thanks to Big Data, which exists globally on the Internet.

Investments on the rise

Investments are still on the rise, according to IDC (International Data Corporation): worldwide spending on cognitive and artificial intelligence systems is expected to reach $35.8 billion in 2019, an increase of 87.43% over the amount spent in 2018. With industries investing aggressively in projects that utilize cognitive/AI software capabilities, IDC forecasts cognitive and AI spending will grow to $79.2 billion in 2022 and achieve a compound annual growth rate (CAGR) of 38.0% over the 2018-2022 forecast period.

An exponential progression until new limits

According to Luc Julia, co-creator of Siri and Senior Vice President at Samsung Electronics, today the progression is more exponential in the sense that there has been an acceleration in the application fields that allow image recognition, speech recognition, DNA recognition, and more. The progression has been rather exponential since 2007, and the trend will be constant until we reach new limits. Since human interest is in the realm of the unlimited, there is no limit to this progression.

In 2017, Google DeepMind’s AlphaGo managed to beat world Go champion, Lee Sedol, highlighting new aspects of AI: it can be “creative” and create infinite combinations to finally beat the champion. This event also triggered another issue: the energy challenge. In his interview with AI IEN, Luc Julia explains: “Today, data centers use a lot of data, and therefore, use a lot of energy, and we need to understand why. Does a machine need 440kW / h to play Go useful or is it worth to save someone's life with a tool using 440 kW / h? Our energy is not unlimited and the AI that uses deep learning can be a problem because it utilizes too much energy.”

The relation between AI and IoT

When it comes to the synergies between AI and IoT, the last decade revealed the industrial potential of AI. The collection and use of data have become an indispensable fuel for the industry, imposing rapid and profound transformations that have an impact on business models. The Internet of Things (IoT) is of great help in collecting data but remains new when it comes to personalization and interoperability. This synergy gives raise to the AIoT, a world of artificially intelligent objects. The next challenges will be to make these objects communicate with each other and work together. This way, AI will be able to bring together the right objects at the right time and provide the best service, even from the energy point of view.

At AI Convention Europe, we will explore this and many other new challenges related to AI: How to make AI more human-friendly?; Exploring Industry 4.0 towards the Factory of the Future and beyond, The force to move forward in AI: gender equality; IoT and sustainability; 5G and the impact on IoT; IoT connectivity and security.