Berlin Transport Autority Takes its Digitalization Strategy to the Next Level

Choosing Aucotec Digital Platform Engineering Base, the largest German public transport provider aims to take the digitization of its railways to a new level in this manner in order to exploit synergy effects for maintenance and revampings. 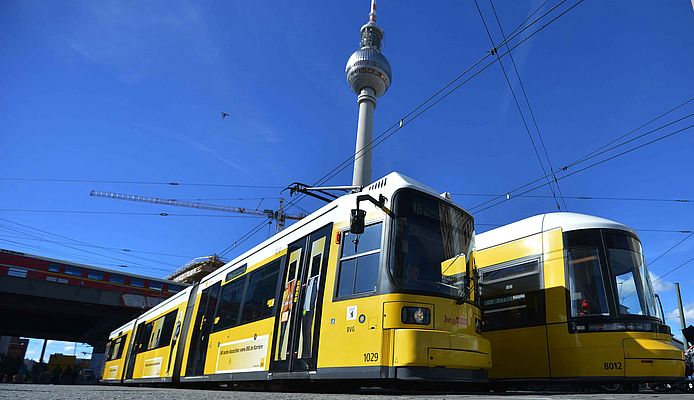 Berlin Transport Autority Takes its Digitalization Strategy to the Next Level

The Berlin Transport Authority (Berliner Verkehrsbetriebe (BVG) AöR) has chosen Aucotec's Engineering Base (EB) platform. for the maintenance of its trams. The largest German public transport provider wants to take the digitization of its railways to a new level in this manner in order to exploit synergy effects for maintenance and revampings. The Berliners expect a reduction in the work involved in documentation by merging previously different sources of information into a single source.

This approach is based on EB's data model, whose object orientation ensures consistent cooperation since diagrams and lists are only different representations of the objects entered once in the model. Thus changes have to be entered at only one point and are "inherited" into each discipline-specific representation. Error-prone data transfers will be eliminated with this always up-to-date, comprehensive digital twin of the railways. In addition, computer-aided control runs are possible for the first time in railway engineering.

"BVG is a state-of-the-art company that is shaping the future of urban mobility. We are delighted that they are going down this path with Engineering Base because it shows that Aucotec has correctly recognized the signs of the times and that our platform meets the need for future-oriented digitization," said Aucotec Executive Officer Uwe Vogt.

At BVG, the generation change is not only taking place in the engineering system, but also in the team. In the medium term, the experienced experts – who know the different railway models down to the last contactor even without a diagram – will be leaving and taking their expertise with them. "That's why BVG wants to secure this knowledge with the easily comprehensible digital image of its trams in EB and make it centrally available," explained Georg Hiebl, Product Manager at Aucotec.

First, the documentation of 150 of the more than 350 BVG trams of different generations and manufacturers will be migrated to EB as the "single source of truth" and will be digitally enhanced. The approximately 230 employees of the four BVG workshop and service sites will then have direct access to this source. "The updating of extensive and complex change information will now be much easier and more comprehensive than previously thanks to EB's data model," said Hiebl.

From documents to data

Legacy data migration is the first step in BVG engineering from file-based documents to objects that can be used directly in a database. A pilot project in which the paper designs and PDFs of a rail grinder were digitized and processed with EB showed that the quality of the data, its availability and clarity were significantly improved. Future new vehicles are to be designed in EB from the outset.