The survey, conducted by Global Engineer Survey on more than 10 thousand engineers from 117 countries and released on the first UNESCO's World Engineering Day, lists cybersecurity at the top of the most challenging tasks facing engineers 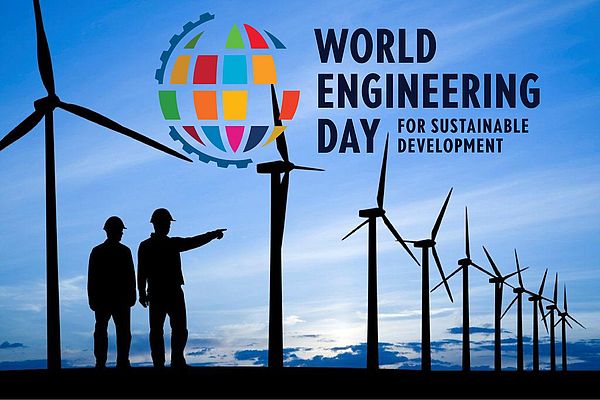 According to the Global Engineer Survey, presented at the first UNESCO World Engineering Day, one in five engineers worldwide say securing cyberspace is the most daunting challenge facing the world in the next 25 years. The Global Engineer Survey, commissioned by premiere engineering outreach organisation DiscoverE, found cybersecurity, sustaining land and oceans, providing clean energy and improving access to clean water and sanitation among the four most significant global tasks.

The survey was conducted on 10,077 respondents from 119 countries. When asked the most daunting challenge facing engineers in the next 25 years, the participants responded:

The findings revealed optimism among young people, but one in three respondents warned that a lack of government support would hold back efforts to tackle major challenges.

“Engineers are the world’s problem solvers, yet engineering is often overlooked or under-appreciated as providing the solution to major challenges such as climate change, digitalization and food security,” said Prof. Gong Ke, president of the World Federation of Engineering Organizations (WFEO), which campaigned for World Engineering Day. “Today is an opportunity to celebrate engineering and its vital role in delivering sustainable development worldwide, and champion the next generation of innovators.”

Optimism in the face of global challenges

On average, engineers rated their optimism for tackling global problems at 62 on a scale of 1 to 100, naming transportation, AI and space travel as the top three innovations that will turn science fiction into reality. Chinese engineers were the most optimistic, while women were more likely than men to see cybersecurity as the biggest challenge. Almost one in four Kenyan engineers identified providing access to clean water and sanitation as the most daunting challenge.

However, more than half of respondents from almost 120 different countries saw a shortage of engineers both now and in the future to help address these issues. “These highly illuminating findings are reason for both optimism and caution,” said Kathy Renzetti, Executive Director, DiscoverE, which commissioned the survey of more than 10,000 engineers. “Young engineers possess an irrepressible can-do spirit and a readiness to take on the world’s toughest challenges. But as the overwhelming majority of survey participants make clear, the next generation can’t do it alone”.

“Solving the world’s problems is an enormous collaborative undertaking involving both the public and private sectors and extending across disciplines, borders and demographics.” The findings of the survey were presented to mark World Engineering Day, as engineering organisations, institutes and companies gathered worldwide to mark the inaugural celebration of an international day dedicated to engineering.

While many countries have engineering days of their own, they are spread across the calendar. UNESCO’s proclamation last November that every year now will have World Engineering Day on March 4 was announced in recognition of the importance of celebrating engineers in a global effort to raise awareness of their contributions to UN Sustainable Development Goals. However, this year's World Engineering Day was postponed due to coronavirus outbreak.

“The world is still lacking engineers, especially young women engineers, and the importance of engineering to achieve the Sustainable Development Goals (SDGs) is not stressed enough,” said Shamila Nair-Bedouelle, Assistant Director-General for Natural Sciences at UNESCO.  “The aim of this day is to increase the visibility of engineering and its role in sustainable development, to encourage students to study engineering or pursue engineering studies and to share success stories in engineering.”

The Impact of COVID-19 on Manufacturing & Service Industries in China

Covid-19
This whitepaper from Haizol aims to shed light on the overall influence of the pandemic as well as business owner’s confidence levels, coping strategies & proactive strategies
Read more

Automation, Covid-19
According to a research from the Capgemini Research Institute, 77% of organizations recognize the need for change and are accelerating investments in supply chain sustainability over the next three years
Read more

According to Siemens, Safety is Essential for the New Normal

Automation, Covid-19, Industry 4.0
The social distancing solution from Siemens based on the Real-Time Locating System (RTLS) can be the solution to keep production running without putting the safety of employees in the background
Read more

Automation, Covid-19, Industry 4.0
Both organizations will continue to leverage each other’s resources, technologies, industry expertise, and market presence to seamlessly serve their customers through 2023 and beyond
Read more

Automation, Covid-19, Industry 4.0
The digital event will take place on November 10, 2020 from 3 to 6 pm CET, under the motto “digitalization beats crisis”. The event will provide interactive mix of lectures, best practices and panel discussions to master the crisis
Read more

Artificial Intelligence, Covid-19
AI Convention Europe was launched in 2018 as a one-day conference targeting international B2B AI professionals. This year, its third edition will take place digitally on October 20-21-22 in the form of a three-day webinar
Read more