Previously, the rotary encoders on the winches of the Reimerswaal hopper dredger hardly lasted a year due to the extreme stresses they were subject to on the high seas. The Dutch electrical engineering company eL-Tec therefore developed a wear-free solution for detecting cable winch rotation, using Turck's QR24 robust and contactless inductive encoders. As the Profinet connection is implemented with Turck's BL20 multiprotocol I/O system, the crew on board can now also replace an encoder themselves.

More than a quarter of the Netherlands is below sea level. Therefore it's hardly surprising that the Netherlands is a world leader in the field of water management technology. This discipline is also important in the protection of coastlines from erosion and flood damage. Part of this technology involves the use of hopper dredgers. The German word for this, 'Laderaum-Saugbaggerschiff' or literally 'hold suction excavator ship', not only offers a record number of Scrabble points, but describes quite accurately what a hopper dredger actually is: A ship that excavates sand and gravel from the sea floor and from river beds, and transports it to its hold. Trailing suction hopper dredgers therefore deepen the channels for ships and move gravel and sand material required for road building or concrete production.

The special ships can also use a pump to unload the mixture of gravel, sand and water at the bow of the ship in order to create artificial sand banks. This is also called 'rainbowing' due to rainbow-like jet produced in the process. The most well-known new land produced by trailing suction hopper dredgers is the group of artificial islands The Palm Jumeirah off the coast of Dubai. However, the Dutch had been already been using trailing suction hopper dredgers for a long time to create artificial sand banks for the protection of their coastline.

One of the world's largest trailing suction hopper dredgers with a dry discharge system is the Reimerswaal, which has a hold capacity of 6,000 cubic meters and is operated by Reimerswaal Dredging. The family-owned enterprise has over 45 years of experience in the field of sand and gravel excavation on river and sea beds. Over the years, the high-tech ships have always been fitted with the latest technology in order to optimally meet the requirements at hand. The special ship is around 130 meters long and 22 meters wide. The ship dredges the sea floor with a 90 centimeter pipe at a depth of up to 60 meters and pumps the sand and gravel mixture into its hold. Here the stone mixture is either drained and transported to shore on the ships own bucket conveyor, or discharged via the "rainbow pump."

eL-Tec was also responsible for the control of the suction pipe. The central suction pipe is extended and guided by three steel cables that are wound in and let out using electric winches. Three encoders on the winches detect the unwinding and winding of the steel cables on the Reimerswaal. Two other encoders are mounted on the cable winches that lower and raise the two spud poles at the fore and aft of the ship. The spud poles can be lowered up to 18 meters below the keel so that the ship can be securely moored on the sea or river bottom for unloading without the need for any other mooring facilities. The navigating officer operates the winches for lowering the spud poles from his bridge.

Frequent failure of magnetic encoders
Previously, all five winches were fitted with magnetic encoders with an integrated Profinet interface. However, the encoders had to be replaced frequently due to mechanical faults. The high seas are an inhospitable environment for electronic components. Waves sweep over the deck. Foam sprays over the bow and, in the case of the Reimerswaal, sand is present as well as the aggressive salt. The metal cover that the winch manufacturer had fitted to protect the encoders didn't help very much either. Water penetrated the brass flange which also couldn't drain any more out of the protective housing.

"Four out of five encoders failed within a year," as Sander Lensen, programmer at eL-Tec, described the wear. Lensen must know. During servicing, he and his colleagues repeatedly had to assign an IP address to the new encoders and teach the devices. For these reasons Reimerswaal Dredging wanted a better encoder solution for the five winches on the hopper dredger.

"The new encoder had to be wear-free and enable the replacement of encoders to be carried out by the technical personnel on the Reimerswaal themselves," Dick de Vries, head of the service department at eL-Tec, describes the central requirements for a new encoder. "We therefore looked for an encoder that doesn't have any mechanical connection to the winch shaft and is permanently sealed. For this there was only one encoder, and it comes from Turck."

Wear-free and plug-and-play
EL-Tec now uses the absolute version of the QR24 contactless encoder with an SSI output. The Profinet interface was implemented using the Ethernet gateway from Turck's BL20 modular I/O system. The device is a multiprotocol gateway and talks Profinet as well as Ethernet/IP and Modbus TCP. The encoder is connected to the gateway via an SSI input card. This makes the solution plug and play enabled. The ship's crew could easily replace the encoder themselves in the event of a fault. The gateway stores the Profinet address and a new encoder could be put into operation without any additional parameter setting required. This option would not be possible with an encoder with an integrated Profinet interface.

The manufacturer of the winches fitted the metal cover with a drain at the same time as the magnetic encoder was replaced. This enabled any penetrating water to be removed by suction. The protective cover was also provided with a protective coating to make it even more difficult for water to penetrate. In this way, the possibility of the QR24 failing is even more unlikely. The design of the inductive encoder enables the complete separation of the sensor and the positioning element. Both elements are fully encapsulated and are therefore highly resistant to liquids and other substances. Dick de Vries is confident that he and his colleagues will soon no longer have to visit the Reimerswaal. "If the solution becomes established permanently, we will also be using the QR24 in other projects. Up to now it looks pretty good." 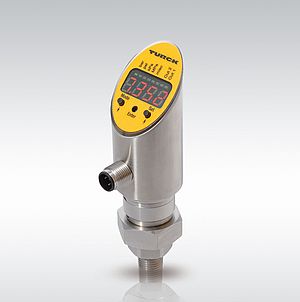 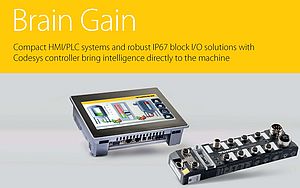 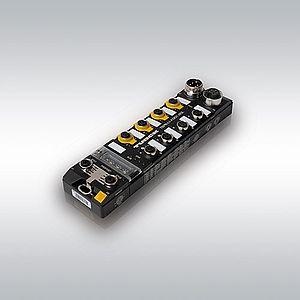 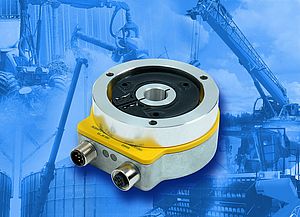 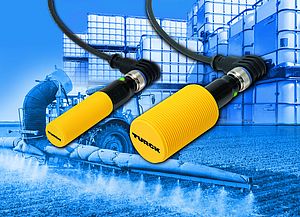 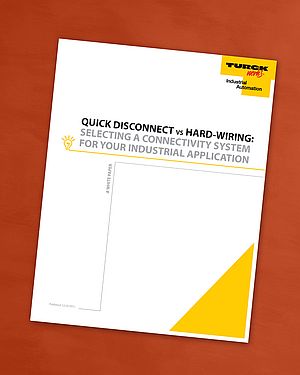 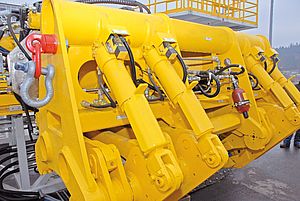 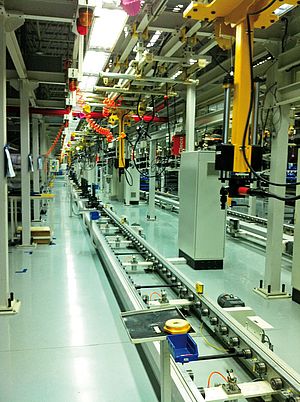 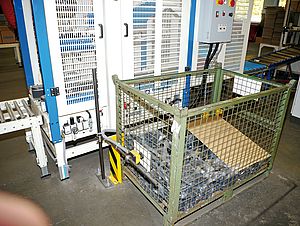 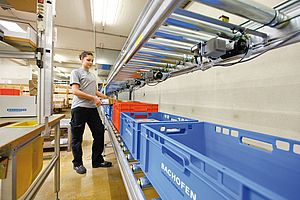