by replacing the boat with an electric motor 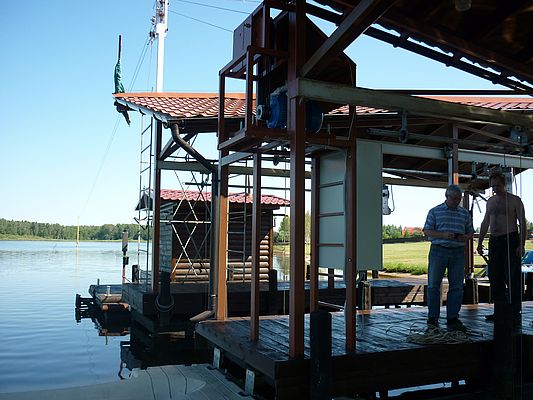 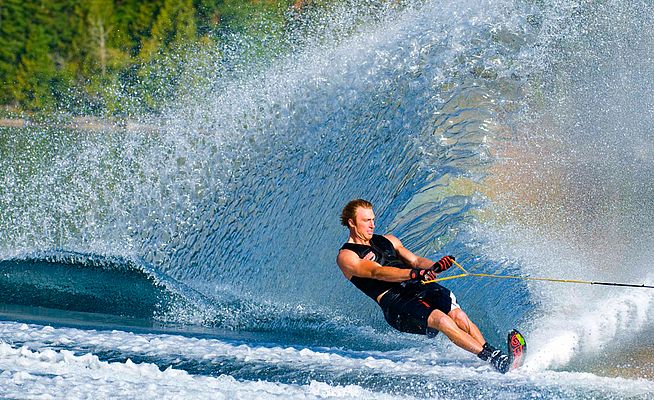 Waterskiing without a boat seems an unlikely prospect, but by replacing the boat that pulls the skier with an electric motor controlled by a SMVector drive makes it possible

Admittedly people have tried to do a similar thing before; but the problem with previous arrangements has always been the level of control that could be achieved. The sight of water skiers attempting to raise themselves into the skiing posture, and then promptly falling in because of the jerky take-up of the cable, is a common one. Really smooth take up is required, and this is difficult to achieve with a boat, especially in choppy conditions, and also, until now, using other methods of traction.

The difference with the Russian system is the SMVector inverter with its S Curve feature. This provides smooth acceleration and deceleration ramps, which are perfect for non- jerking at start up and gentle deceleration to stop. “The SMVector gives just the level of control that is required, providing really smooth start ups that are great for inexperienced skiers, but also good for the more experienced who just want to get going quickly to practice jumps and other dynamic manoeuvres,” said Sergey Pekov of Promsytex, Lenze’s Russian Distributor.

The drive is mounted on a jetty on the edge of a lake. It controls an electric motor that drives a twin cable system over 9m high pylons: one adjacent to the jetty, the other at the lower end of the lake, just beyond a ramp that is provided for ski jumping. The skier is attached via a line to the overhead cable and the drive is initiated. By the time the ramp is reached, the skier is at top speed and easily surmounts it. At the end of the run the skier does not ‘sink’; the drive reverses quickly and accelerates him up to a constant return speed, ready for another run.

“The IP31 SMVector is the perfect fit for this application, not just because it offers excellent dynamics, smooth operation and impressive low speed operation,” said Sergey Pekov. “Because it is IP31 rated, the SMVector is ideal for such applications and is often mounted in a control room without a control enclosure. Also importantly, the drive is simple to use, which is important in applications where the people using it are not experts on drives.”

The Russian water ski application is the second such use of the SMVector in skiing projects recently. The first project concerned Alpine skiing, in particular the Whizzard Pro, a new ski simulator. Developed in Poland, the Whizzard Pro is designed both as a trainer for competitive down hillers and as an improvement aid for recreational skiers.

Employing two compact Lenze SMVector inverters to deliver smooth start optimisation and motion control of its track, the Whizzard Pro is described by people who have tried it, is as close to the real thing as possible; many describing their experience as ‘amazing’.