in axial piston pumps and motors 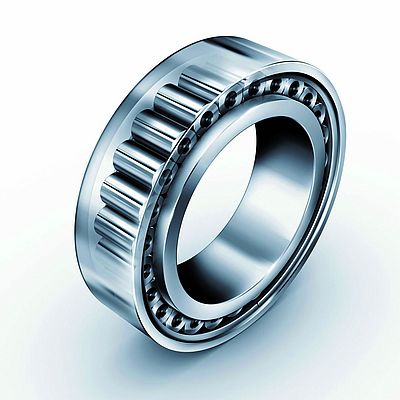 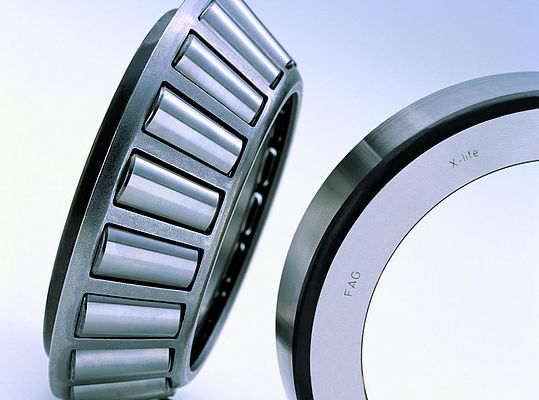 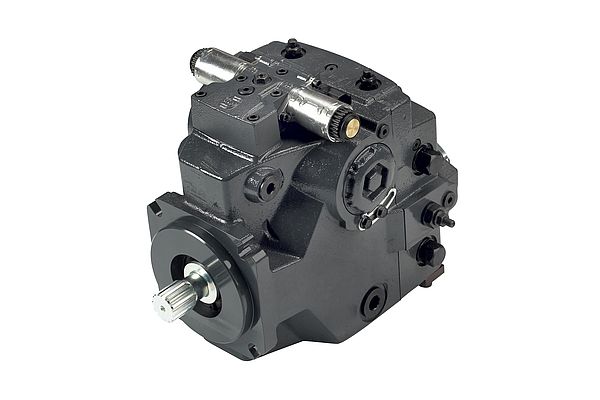 By working closely with a manufacturer of hydraulic pumps and motors, The Schaeffler Group has optimised a number of bearings used in Sauer-Danfoss’ newly developed H1 series of axial piston pumps and motors.

As a result of the new optimised X-life cylindrical and tapered rolling bearings, overall efficiencies of the H1 pumps and H1 motors have increased by around 2 per cent, resulting in significant improvements in energy efficiency levels across the H1 range.

Energy saving potential for the end users of the pumps and motors is significant. For example, by utilising a new H1 hydraulic pump and two H1 hydraulic motors, a wheel loader that has a drive power of 140kW can save around 9kW. Projected onto 1,000 wheel loaders operating for eight hours a day, annual savings potential could reach 26,000MWh. This is equivalent to the average energy consumption of more than 6,500 households with three occupants.

This results in approximately 5 million Euros (0.21 Euros/kWh) or around 16,000 tonnes of CO2 per year that can be saved. The latter is approximately equivalent to the annual emissions of 4,200 compact sized cars, each traveling 25,000km per year.

In non-automotive applications, various types of hydraulic units are replacing the role of power transmission systems. Configurable axial piston pumps and motors, for example, are specifically designed for use with electrical machine controls.

In developing the H1 series, as well as optimising and improving the electro-hydraulic system itself, Sauer-Danfoss also focused on optimising the base components within the hydraulic pumps and motors. The various bearing positions on the pumps and motors were scrutinised down to the last detail in order to identify where any improvements could be made. New, low friction, optimised rolling bearing solutions from The Schaeffler Group had a significant influence on reducing power loss, installation space and weight across the H1 range.

A new option for an H1 axial piston pump in swashplate configuration was achieved by using new swashplate cradle bearings. Here, compact, low friction cylindrical roller bearings were used to support the drive shaft. Compared to the previous version, the installation space and weight were substantially reduced and efficiency was increased by around 2 per cent.

Cylindrical roller bearings with optimised rib contact
Schaeffler’s new X-life (premium quality) cylindrical roller bearings with optimised rib contact have made an important contribution to these design improvements. The special curvature of the roller end faces improves the contact geometry between roller end faces and the bearing ribs, minimising contact pressures. This enables the formation of a load carrying lubricant film, whereby roller end faces and ribs are completely separated by the lubricant. The rollers now slide on the lubricant film under axial load. This means that the new cylindrical roller bearings can operate with a much higher ratio of the axial load to the radial load. The ratio that is achievable is 0.6 i.e. a permissible axial load that is 60 per cent of the radial load. Conventional cylindrical roller bearings normally withstand a maximum value of only 40 per cent of the radial load. At the same time, the frictional torque is up to 50 per cent lower, depending on the magnitude of the axial load. The benefits are lower operating temperatures, higher efficiency and reduced energy consumption.

H1 axial piston motors in swashplate configuration utilise low friction, optimised X-life tapered roller bearings. In addition, a newly developed steel sealing ring significantly improves the sealing characteristics of the hydraulic piston motor. In this way, the length and weight of the axial piston motor can be reduced. Furthermore, the power losses have been cut by approximately 2 per cent compared to the previous version.

As a result, these bearings now yield up to 20 per cent higher basic dynamic load ratings resulting in an increase of around 70 per cent in basic rating life. At the same time, higher dimensional and running accuracies, combined with improved surface topography, reduce the frictional torque by up to 75 per cent compared to conventional bearings. The contact geometry of the inner ring rib and the roller end face were also redesigned in order to reduce friction. This reduces the stress on the lubricant in the bearing, enabling maintenance intervals to be extended. Furthermore, the X-life tapered roller bearing operates at a much lower noise level.