Farnell element14 presents a new Raspberry Pi 3 and a set of kits and accessories including the Pi desktop computing module and the MATRIX Creator IoT development platform.

The MATRIX Creator is a Raspberry Pi™ add-on that provides multiple functionality to support the development of IoT devices by new users and experienced developers alike and is ideally suited for the development of applications in automation control: particularly for home automation systems involving optical and sound elements. The board incorporates a Xilinx Spartan®-6 FPGA, an ARM Cortex®-M3 microcontroller, a range of sensors for motion, temperature, humidity, light, ultraviolet and infrared, an 8-microphone array and a 35-LED array. The board also incorporates integrated Z-wave and ZigBee communications plus connectivity via a wide range of analogue and digital input/output interfaces. It can also be used in stand-alone mode using its onboard processing capability.

The new Pi Desktop is an innovative set of accessories that converts a Raspberry Pi into a fully featured Linux-based desktop computer, housed in an elegant enclosure. When combined with the Raspberry Pi, the Pi Desktop provides users with all the functionality they would expect from a standard PC, including WiFi, Bluetooth, a real-time clock, a mSATA solid-state drive interface, an optional camera and a power switch. The result is a simple and elegant solution for Raspberry Pi enthusiasts looking to turn their Raspberry Pi into a stylish desktop computer within minutes. It eliminates the need to use a complex bundle of wires, or to compromise on the choice of peripherals. The Pi Desktop can be connected to a display via the HDMI interface. 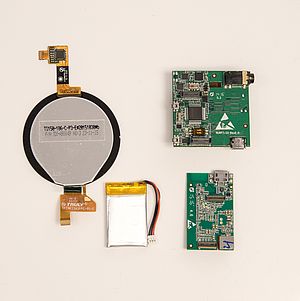 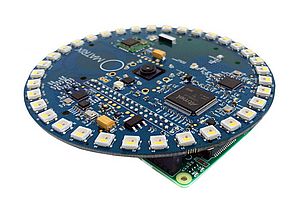