With a travel length of 260 meters

A robust cable carrier including a cable package and with a particularly long travel length for a new crane system in the company’s own port: this has been the tender from the Indonesian fertilizer manufacturer Pupuk Kaltim. TSUBAKI KABELSCHLEPP has been able to win the bid and to successfully implement the project with an international team. The basis for this RSC system is a MC1300 cable carrier equipped with TRAXLINE drag chain cables.

One of the reasons why this project is outstanding is that KABELSCHLEPP has been able to implement it successfully and cost-efficiently with an international team cooperating across great distance. The project has been planned and managed from the headquarters in Germany while the TSUBAKI team in Singapore has supported the coordination. For cost reasons, all steel components have been manufactured locally in compliance with defined quality standards. Only the cable carrier itself has been supplied from Germany in separate parts and in pre-assembled roller segments. The Indonesian project partner ATI installed the system, which was then accepted and released by TSUBAKI KABELSCHLEPP in September 2015.

Roller supported chains are an ideal solution for high additional loads and long travel lengths. In contrast to the combined gliding/rolling systems already available in the market, the upper run of the TSUBAKI KABELSCHLEPP RSC system never touches the lower run. The upper run of the cable carrier runs on a guide profile with maintenance-free ball bearing rollers. As this requires only low pull/push forces, wear within the connections of the cable carrier is reduced to a minimum. This excludes unwanted lengthening of the overall system and additional load on the guided cables is avoided. Due to the low pull/push forces the required driving force is reduced and thereby the power of the drives is scaled down as well. All RSC systems are based on proven standard cable carriers from TSUBAKI KABELSCHLEPP, in this case a MC1300 – a multi-variable cable carrier designed especially for crane applications. One of its main features is the extremely high stability created by seawater resistant aluminum stays.

To ensure particularly high quality, TSUBAKI KABELSCHLEPP continuously tests systems at Kabelschlepp’s own outdoor test facility. Travel lengths of more than 100 meters and travel speeds of up to 5 m/s can be simulated fully automatically. Several test tracks allow simultaneous testing of both gliding systems and RSC solutions –in 24/7 testing cycles and even under extreme external conditions such as rough winter weather, direct UV radiation or heavy rainfall. 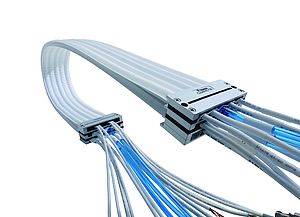 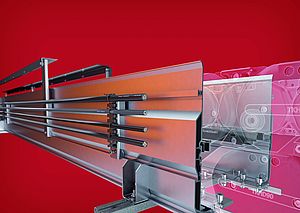 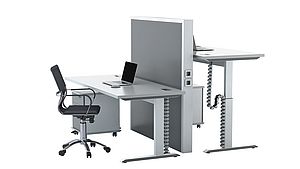 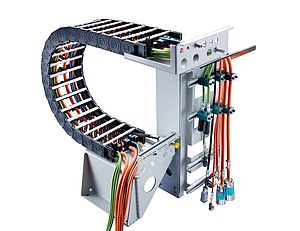 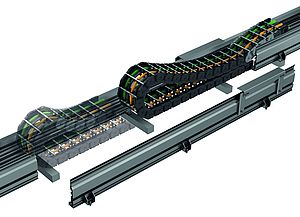 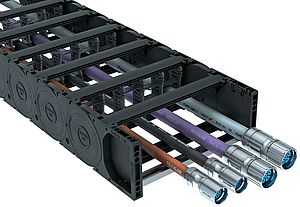 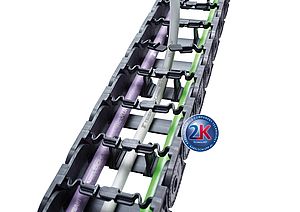 The 2K-technology combines rigid materials with flexible ones 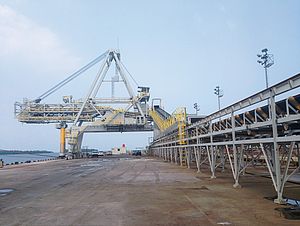 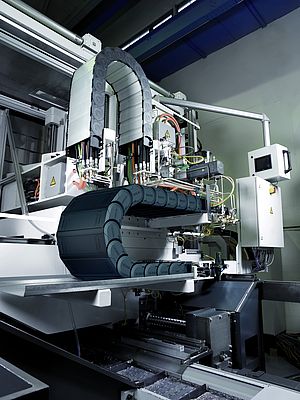 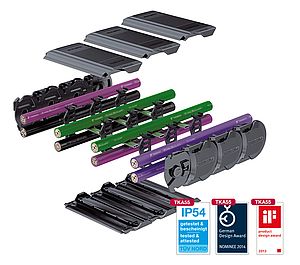 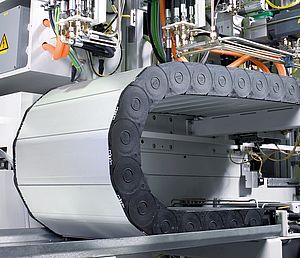 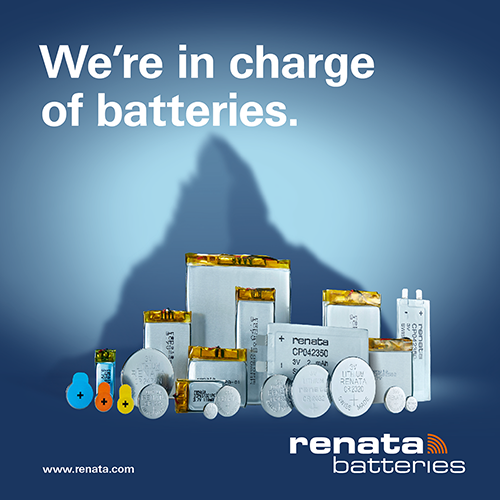