Defining new standards is a multi-level engagement: It means working with your competitors, participating in the main standards and user associations for the successful implementation of new technology. Let’s find out why it’s worth the effort 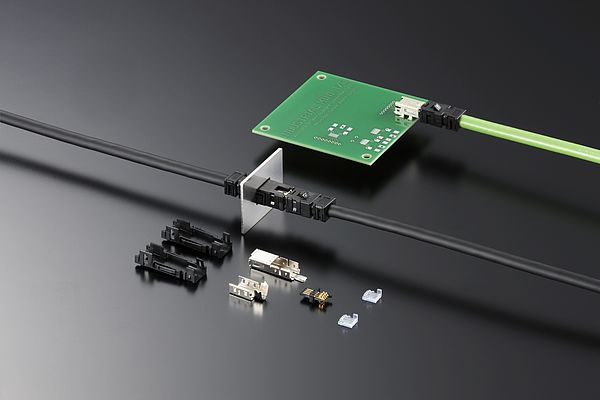 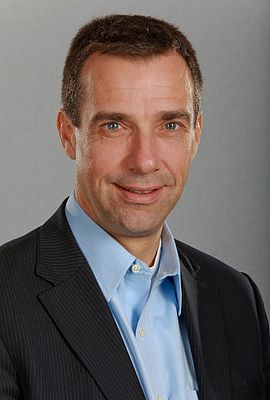 What does it mean working on the development of new standards and why this is so important? We hear the word “standardization” very often, especially in industrial communication, but the real engagement of companies in the process is still unknown. Eric Leijtens, Global Product Manager at TE Connectivity, went over the topic with us and the picture is now very clear. Eric Leijtens has been working at TE for 30 years. He is the Global Product Manager for Industrial Communication Solutions and he knows what it means working on standards and setting them.

TE is currently positioning its existing offering of connectivity solutions for the process market segment. Its engagement with user consortia (also through collaboration with TE’s leading customers as part of these consortia) to define and release the solution standards and help define future connectivity solutions for the industry, shows how TE is committed to this topic. According to Eric Leijtens, “TE Connectivity considers of fundamental importance the Industrial Internet of Things, which is in continuous (r)evolution. The company has been part of this (r)evolution by including a wide range of IoT solutions in its portfolio”. It is like a 20-40 scheme, where 20 billion devices are connected to the internet and 40% of them are related to IoT. These figures are big enough to explain the importance of Industry 4.0.

Having your systems connected to the Internet obviously gives you the ability to improve manufacturing processes, productivity, safety and assets. If we look at the early communication technologies, most systems were using point to point connections. This means that a device (e.g. sensor) was communicating with another device (e.g. controller) via a single connection. The information acquired in the sensor was therefore only made available to the controller connected. The wiring scheme in such networks is called point-to-point wiring. When the number of sensors started to increase, the point-to-point connections became too complex and expensive to install and maintain. We see a move to multi-drop communication systems where multiple sensors are connected to the same controller via one communication line: A huge step forward. In the future, every sensor in the system will be accessible by the same controller, so that the data can be used for optimizing asset utilization and control specific processes.

“Next is when the Ethernet technology stepped in and became more and more dominant, mainly used at as we call the top of the automation pyramid. If we look at an automation system of a company, it runs on a computer and through Ethernet communication. If you go down from plant level to department level or in the network to individual sensor level, you still find today the first communication protocols, so a point-to-point communication. This implies that moving to a full Ethernet based network, new protocols need to be developed.” This is what Eric Leijtens told us to explain where we stand today and why new protocols development is such an important topic.

If we look at the start of Ethernet connectivity – we have to go back at the late seventies, early eighties, when it was originally developed for the Telecom market – we see that it found its way into the industrial sector. This can work to some extent, especially at the top level of the automation pyramid, but going down the pyramid, to the heart of the processes, the environment is becoming increasingly harsh with more vibrations, noises, movements, and exposure to chemical gases. With the harshness of those environments growing, the Ethernet connectivity solutions are reaching their boundaries.

“TE is committed to help develop new connectivity solutions which can also work in those harsh environments. One example is our Mini I/O connector, a smaller system compared to other standard devices, specifically designed for the industrial sector. This solution is more reliable, especially in harsh environments” said Eric Leijtens.

This new technology is just an example of how TE Connectivity is bringing new connectivity systems to the market, not only by selling them but also by participating in the definition of new standards. “TE has successfully started to work with user consortia to get these new technologies accepted into standards, so the industry can implement these  new connectivity solutions in their devices and benefit from their high reliability in a smaller space. Some user consortia have already accepted innovative connectivity systems for their future network topology” added Eric Leijtens.

Three levels of standardizations are required to get a new standard accepted and implemented by the industry. The first level is the core technology, defined by the organization IEEE. An example of a new technology which has been defined is the single pair Ethernet, where Ethernet moves from the top of the automation pyramid to the bottom and the devices get smaller and smaller in order to reduce the wire complexity. By this new technology it is possible to start implementing Ethernet-based communication protocols through only two wires: This is a simplification of the wiring scheme. IEEE must then define the technology and make sure that the whole ecosystem around the technology is working, to drive the implementation at the industrial level. Not only a communication protocol or a device needs to be accepted, but a complete ecosystem. This is the main challenge.

The second level, is the components level. Cables and connectors need to be defined to successfully implement this new technology, so there we need to create a new ecosystem. The key association that defines new wiring and connector specifications is IEC.

At the third level, there are user consortia. “We see consortia such as e.g. ODVA as a network of companies that accepts this new technology. These companies agree upon the definition of the ecosystem by referring to the IEEE technology and to IEC connectors and wiring connectivity standards. Every company needs to be involved in each of these three levels to be successful in driving new standards and innovation. This is exactly what TE Connectivity is doing,” said Eric Leijtens. And what about working side by side with competitors for the sake of the definition of new standards? Apparently, innovation breaks down thick walls for a common objective: The progress of the industry.

Freeing up technicians to build an aircraft

Industry 4.0
As it happened for many other event organizers, also Deutsche Messe was confronted with the difficult decision to postpone Hannover Messe to July due to the Coronavirus outbreak. But every cloud has a silver lining
Read more

Industry 4.0
At the latest edition of Advantech’s Industrial IoT World Partner Conference in Taiwan, IEN Europe met three of the company’s main European partners to learn what this collaboration brings and entails for them
Read more