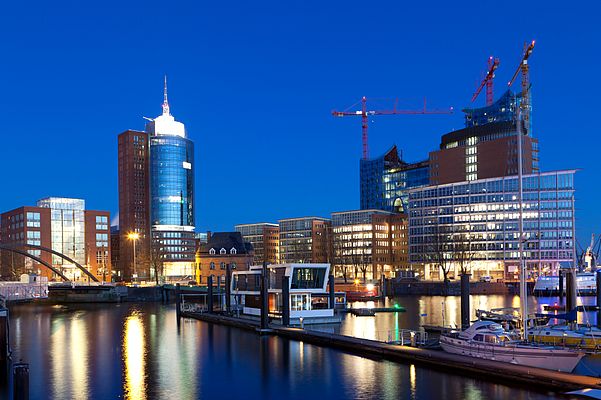 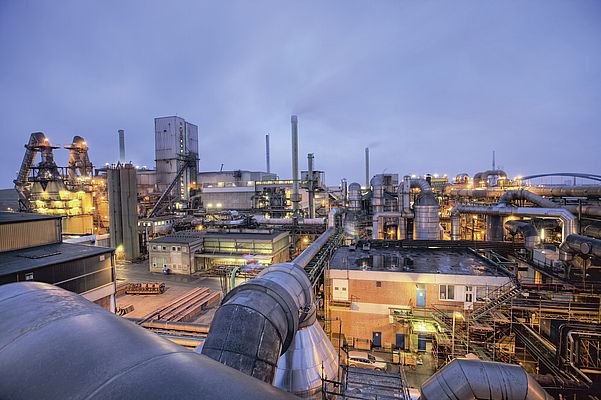 The city of Hamburg would like to reduce its CO2 emissions by 40 % until 2020, and even by 80 % until 2050, compared to the 1990 emissions level. The energy required to provide heating, warm water and lighting to the city’s buildings makes up 40 % of total energy demand and is therefore significantly higher than the energy demand in the transport and industry sectors. In Hamburg, which is known first and foremost for its port, large industrial companies have settled and developed due to the city’s location on the water. There is a large volume of heat associated with these industries and their industrial residual heat. Utilizing this resource is a key target of the coalition agreement between the city’s governing parties.

In February 2017, Aurubis AG, whose headquarters is closed to the Hamburg port and which operates Europe’s largest copper smelter, and the energy supplier enercity Contracting Nord GmbH signed a contract for the use of industrial residual heat for the energy supply in the Hamburg district Hafencity East.

In the contract, the partners agree to use industrial residual heat from the Hamburg Aurubis plant to provide energy-efficient district heating to Hafencity East. For this purpose, Aurubis extracts heat that is formed when sulfur dioxide – a by-product of copper smelting – is converted to sulfuric acid. Sulfuric acid production primarily consists of two exothermic reactions whose energy is used for the process itself or is discharged by cooling it.

The heat from the first catalytic reaction between sulfur dioxide and oxygen to form sulfur trioxide is mainly used already within the process. The second reaction is the formation of sulfuric acid from sulfur trioxide and water that takes place in the absorber towers, as well as the accompanying concentration that is achieved by adding more water.

The heat from the second reaction, which is nearly free of CO2, will now be extracted and supplied to Hafencity East. Utilizing it will reduce CO2 emissions by more than 20,000 t per year. About half of this reduction results from the replacement of natural gas used to produce steam on the Aurubis plant premises, while the other half is saved by delivering the residual heat to enercity. In Hafencity East alone, about 4,500 t of CO2 will be saved each year in the final expansion (target: 2029). Aurubis will deliver the heat to its plant boundaries. enercity will collect the heat, secure it and transport it further to the area that will use it.

At Aurubis, sulfuric acid is produced in a facility referred to as the contact plant. It consists of three lines. About 160 million kilowatt hours (kWh) can be extracted from each individual line annually, for a total of nearly 500 million kWh. The heat from one line is sufficient to supply Hafencity East, which is why only one line will be converted initially. “We could deliver significantly more district heating for the city of Hamburg and thus cut up to 140,000 t of CO2 each year,” explained Jürgen Schachler, CEO of Aurubis.

“However, at the moment, the technical, financial and contractual foundations haven’t been established yet. We are very interested in a solution and are intensively working on this.” Schachler continued, “It would be easier for us, and certainly other industrial companies, to opt for industrial heat extraction if corresponding incentives were established. In the scope of emissions trading, we require certificates for each ton of CO2 that we emit, but we don’t receive any compensation when we reduce CO2 emissions in households in other ways.”

The plan is for the heat extraction to start in April 2018. Until then, the contracting parties will carry out the construction work necessary to deliver the district heating for Hafencity East. Aurubis is investing roughly € 17 million to convert its facilities and move the heat pipeline to the plant boundary. enercity Contracting Nord will lay a new heat transport pipeline (district heat line) from the transfer point at the Aurubis plant to Hafencity. A new power station near the heat line will balance out the industrial heat volume, which fluctuates depending on current operation, for the district heating supply. The investment costs for enercity Contracting Nord’s power station and heat transport pipeline amount to around € 16 million.

Aurubis will receive funding for about 30 % of its investments from the German Federal Ministry for Economic Affairs and Energy (BMWi) via the Development Loan Corporation (KfW). A similar level of funding is planned for enercity Contracting Nord from the European Regional Development Fund (ERDF) via the funding program of the city of Hamburg’s Authority for the Environment and Energy (BUE), as well as the BMWi. The district heating agreement is one of ten case examples in the project “Flagships of Energy-Efficient Waste Heat Use” started by the German Energy Agency (dena).