Meeting IE4 efficiency class in accordance with the IEC 60034-30 standard, the AKM synchronous motors from Kollmorgen are available in eight different size with many winding variants and optional feedback systems. On average, they require 30% less energy than traditional asynchronous motors, yet they also score with their high efficiency in comparison with conventional synchronous servomotors. The energy balance of the motors improves even further when they are combined with the company’s AKD servo drive. Such a servo system allows the energy demand to be lowered by >40%. One of the reasons why these motors are more efficient than asynchronous motors is the use of integrated permanent magnets. Unlike non-synchronous solutions, this characteristic does not require any additional energy for building an electrical magnetic field. The significantly lower mass inertia of AKM solutions is also clearly noticeable in the consumption. Sometimes, it is ten times less than that for asynchronous models so that only one-tenth of the energy is required for acceleration. For applications with frequently changing speeds, some parameters can be improved by up to 50% compared with asynchronous solutions, as evidenced by an example from the machine tools industry: for a multispindle automatic lathe with 38 axes, the power input was reduced from 5.36 kW to 3.12 kW, while the heat output of the motors dropped from 2.7 kW to 1.3 kW. Due to high power density, low mass inertia and low cogging, the motors achieve an efficiency with which they can differentiate themselves even from conventional synchronous servomotors. With identical output, they are 30 to 50% more compact and 10 to 30% lighter, which allows building smaller, lighter machines with improved heat dissipation, durability, availability and performance. The overlapping of static torques and nominal speeds enables a fine graduation in terms of power consumption that results in a very accurate dimensioning. Motors that are over-dimensioned and are consuming unnecessarily high amounts of energy, and which are still widely used, can now be avoided. If the motors are combined with the company’s AKD servo amplifier, the energy efficiency of a drive solution can be increased further as evidenced by comparative test series. The reason is primarily improved control: motor data stored in the servo amplifier as well as control algorithms effect not only higher precision and productivity, but also a requirements-based energy demand. In addition, a DC bus coupling also allows energy from DC links that was buffered during braking to be regained. Such a DC link coupling is particularly effective if several drives are intelligently matched to each other. Additional savings can be realized by using the company’s capacitance module, which stores the energy of regeneratively operating axes. 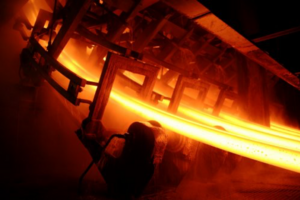 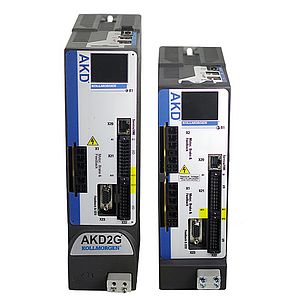 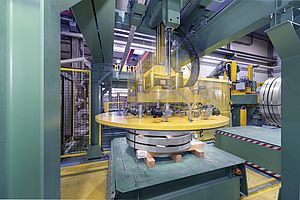 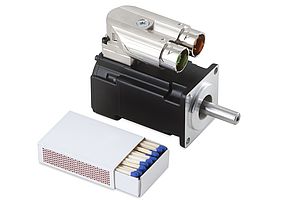 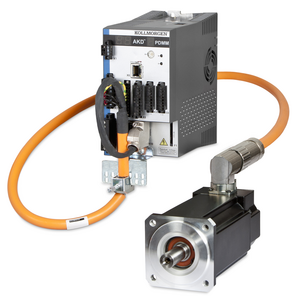 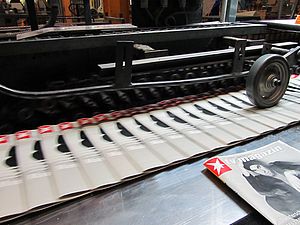 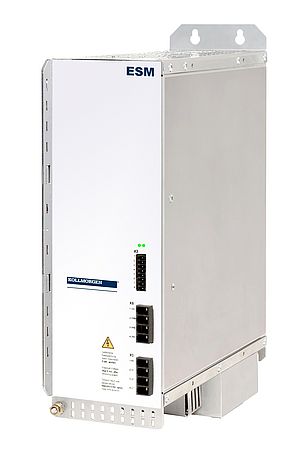