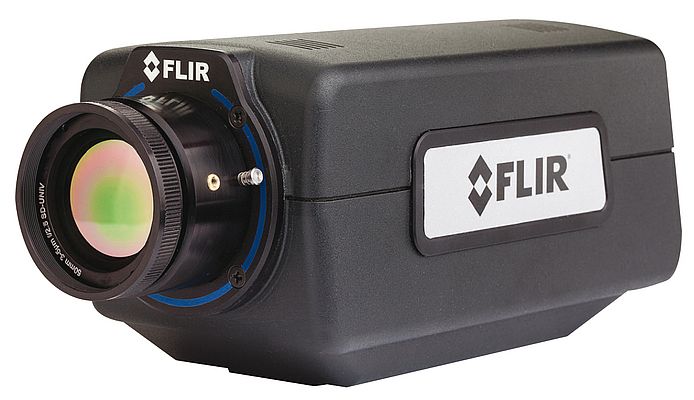 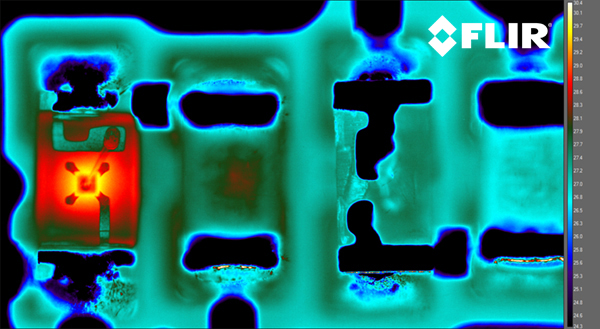 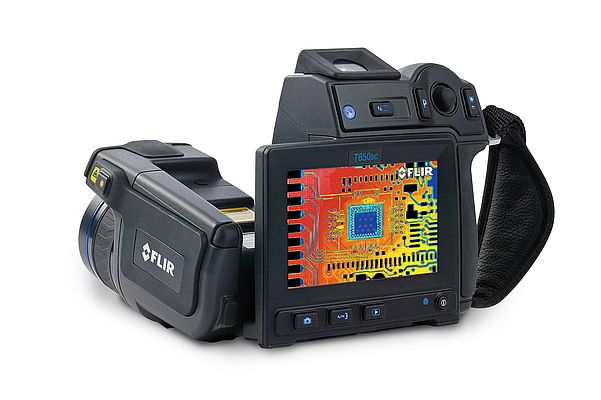 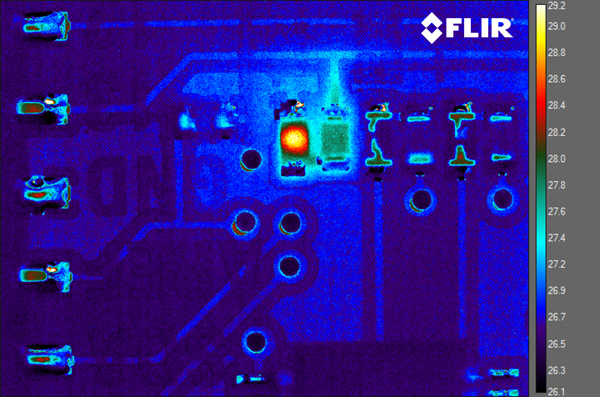 THERMAL IMAGING IN AN R&D ENVIRONMENT
Thermal imaging cameras use thermal radiation, which is not detectable by the human eye, but can be converted into a visual image that depicts thermal variations across an object or scene. Covering a part of the electromagnetic spectrum, thermal energy is emitted by all objects at temperatures above absolute zero, and the amount of radiation increases with temperature. FLIR's thermal imaging cameras are used for capturing and recording thermal distribution and variations in real-time, allowing engineers and researchers to see and accurately measure heat patterns, dissipation, leakage, and other temperature factors in equipment, products and processes. Some of these cameras can distinguish temperature changes as subtle as 0.02°C. They feature state-of-the-art detector technology and advanced mathematical algorithms for high performance and precise measurements from -80°C to +3000°C.

COOLED AND UNCOOLED CAMERAS
There are two classes of thermal imaging camera systems available on the market today: cooled and uncooled systems. The component costs for these two classes of systems can be quite different, making it extremely important to decide which way to go.

COOLED THERMAL IMAGING CAMERAS
A modern cooled thermal imaging camera has an imaging sensor that is integrated with a cryocooler. This is a device that lowers the sensor temperature to cryogenic temperatures. This reduction in sensor temperature is necessary to reduce thermally-induced noise to a level below that of the signal from the scene being imaged. Cooled thermal imaging cameras are the most sensitive type of cameras and can detect the smallest of temperature differences between objects. They can be produced to image in the mid-wave infrared (MWIR) band and the long-wave infrared (LWIR) band of the spectrum where the thermal contrast is high due to blackbody physics. Thermal contrast is the change in signal for a change in target temperature.

UNCOOLED THERMAL IMAGING CAMERAS
An uncooled infrared camera is one in which the imaging sensor does not require cryogenic cooling. A common detector design is based on the microbolometer, a tiny vanadium oxide resistor with a large temperature coefficient on a silicon element with large surface area, low heat capacity and good thermal isolation. Changes in scene temperature cause changes in the bolometer temperature which are converted to electrical signals and processed into an image. Uncooled sensors are designed to work in the Longwave infrared (LWIR) band, where terrestrial temperature targets emit most of their infrared energy. Uncooled cameras are generally much less expensive than cooled infrared cameras. Uncooled cameras tend to have much longer service lives than cooled cameras under similar operating conditions.

SPECTRAL FILTERING
One of the great advantages of cooled thermal cameras is the ability to easily perform spectral filtering in order to uncover details and take measurements that otherwise would be unachievable with uncooled thermal cameras. The end user wanted to measure and characterize the combustion of coal particles within a flame. Using a "see through flame" spectral infrared filter, we filtered the cooled camera to a spectral waveband where the flame was transmissive and therefore we were able to image the coal particle combustion. The first image is without the flame filter and all we see is the flame itself. The second is with the flame filter and we can clearly see the combustion of coal particles.

SYNCHRONIZATION
Precise camera synchronization and triggering makes the cameras ideal for high-speed, high sensitivity applications. Working in snapshot mode the FLIR A6750sc is able to register all pixels from a thermal event simultaneously. This is particularly important when monitoring fast moving objects where a standard uncooled thermal infrared camera would suffer from image blur. With an uncooled microbolometer camera, you would not catch the coin at all due to the inability to trigger that type of detector and if you did by luck it would be blurred.

Energy Efficiency
In a power plant, maintenance operations of hydrogen-cooled generators are a critical issue. Finding and repairing hydrogen leaks from the cooling system through the use of optical gas imaging technologies has improved the efficiency of leak detection
Read more

Vision & Identification
Optronis' CamPerform-Cyclone owns 4 channels CXP-12, and it is able to transmit data at up to 12.5 Gb per second and per channel
Read more