Industrial robotics is growing at a fast pace, even though a big question mark hangs over the consequences of this massive adoption. To anticipate what the future of robotics will look like, we have analyzed some data and current trends

While the world witnesses the disclosure of the first ''living-robot'', which is able to swim around humans and to self-heal, and the CEO of Sutton Trust, Lee Elliot Major, declares that "the rise of robotics is taking away the traditional ladders of opportunity in the workplace," we continue to see the industrial robotics market fast-growing. Even despite the general downturn, especially in the automotive sector, and the commercial war between China and the USA.

The latest report of the International Federation of Robotics estimates that more than 2.4 million industrial robots (the exact number is 2.439.543) are currently in use in factories worldwide. The report shows a record also in terms of global sales, with values hitting 16.5 billion USD. According to Oxford Economics, the global stock of robots will multiply at an incredible pace in the next 20 years, achieving 20 million units by 2030, the majority of which (14 million) will cover just the Chinese market.

If these figures turn to be right, the consequences of this booming technology can be unpredictable and out of our control. It is sure that the employment market is set to change and we can easily imagine that there will be a massive impact on manufacturing jobs.

All technologies in one robot

But how could we define industrial robotics? For Chetan Khona, Director of Industrial, Vision, Healthcare & Science Markets at Xilinx, robotics is a combination of all technologies that are key to the operation of an industrial system. With robotics you can get multiple functions – such as industrial control, communication, vision, AI, machine learning, HMI, functional safety, cybersecurity – all in the same system. ''In robotics, all these technologies are coming together, everything has to be rolled into a single robot, whereas if you just take a piece of an industrial automation system you don’t have the same conjunction of different technologies at the same time,’’ explained Chetan Khona.

For Xilinx, a US semiconductor company that develops FPGAs, programmable SoCs, and the ACAP, robotics means not only traditional robotics but also collaborative robotics and automated guided vehicles for factory floors and warehouses. These are three of Xilinx’s major robotics applications in the industrial sector.''Our solutions are used by the most important players of robotics around the world, especially in critical applications,'' Mr. Khona added.

The high complexity of industrial robotics has not stopped its growth from 1960 until now. The great variety of applications, sizes, machines and technologies can outline the extent of this complexity. Currently, the robotics sector is growing at a fast pace. According to a McKinsey report released in July 2019, the total market for robot systems – which takes into consideration auxiliary hardware, software and programming, installation, robot arm, and accessories – accounted for 48 billion USD in 2017.

Investment expectations are also high, especially in the automotive industry: already in 2018, McKinsey’s Global Robotics Survey highlighted that 88% of the 85 OEMs interviewed anticipated an increase in investments in the sector. As for the type of robots installed, traditional robots, AGVs and cells are the most adopted technology, but the installation rate of collaborative robots is growing, especially in the electronics industry.

Cobots on the rise

With its built-in safety system, the ability to interact with workers, and the simplicity of connection and run, collaborative robots are becoming more and more popular in the industrial space. This explains why a strong growth is expected, with more than 100,000 units estimated to be shipped in 2020. ''The robotics sector is growing in two directions: on the application side and on the collaborative robot side. Collaborative robots are the fastest-growing market segment with a significant growth curve above the average rate.

This is because there are a number of tasks that are variable in nature and cannot be given completely over to robots,’’ said Chetan Khona. Cobots can be better tasked with works that require a high degree of customization and accelerate them, helping humans be more efficient.

For Xilinx, the impact of the collaborative state in the industrial environment will be prominent in the future and will create a shift in the market as employees are upskilled and their responsibilities pivoted, for example managing robots on the production line.

When addressing industrial robotics, it is interesting to analyze how robots talk to each other. Currently, there is not a standard for robot communication. ''Before, it was just a matter of making the robot controller communicate with other parts of the network and send messages in the inherent electronics of the robot. EtherCAT was perfectly fine for that. But in the future, we believe that the communication will use more distributed technology,’’ Mr. Khona illustrated.

This trend has already resulted in the increased adoption of Data Distribution Service (DDS) in robotics. DDS is an open-source connectivity standard that is ideal for critical IoT applications since it provides low-latency data connectivity, extreme reliability, and a scalable architecture. It is a way of distributing communication.

''DDS is a sort of distributed database where every element has some piece of important information in a decentralized way. DDS has become more integrated into collaborative robots with the introduction of Robot Operating System (ROS) 2.0,'' explained Mr. Khona. One of the things that Xilinx has contributed to clear through customs for the next generation of robotic systems is running ROS, in conjunction with DDS, over Time Sensitive Networking (TSN). ''Having this deterministic networking as part of robot systems is something that we see as a major trend moving forward.'' 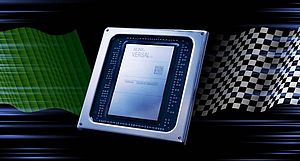 Dr. Ing. Giulio Corradi looks at the challenges of predictive maintenance and how data and analytics requirements and capabilities could be orchestrated. 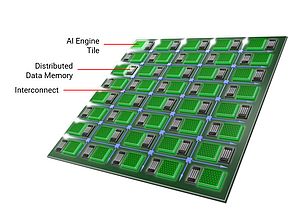 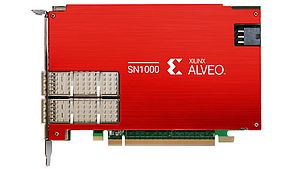 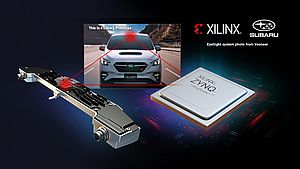 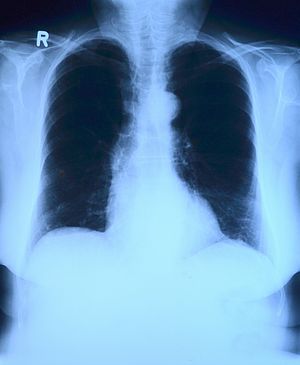 The Power of Artificial Intelligence in Healthcare 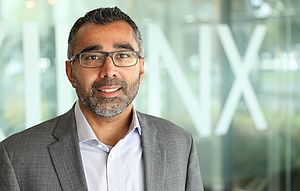 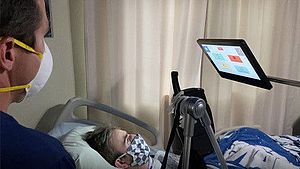 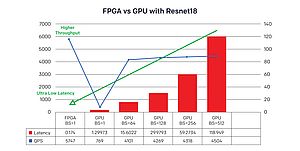 FPGAs offer the configurability needed for real-time machine-learning inference, with the flexibility to adapt to future workloads. Making these advantages accessible to data-scientists and developers calls for tools that are comprehensive and easy to use 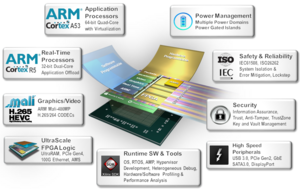