Among the hot topics in industry nowadays, Industry 4.0 is certainly the hottest one. Not only is it the main theme at HANNOVER MESSE, the world's largest industrial trade show, for the second consecutive time, but it is also widely discussed by automation companies, associations and politics alike. For its 40th anniversary issue, IEN Euope talked to an expert on the subject, Oliver Winzenried, CEO of WIBU-SYSTEMS AG and Chairman of the Board of the working group on product and know how protection at the VDMA, the German machine building association.

IEN: The lead theme of this year's HANNOVER MESSE will be "Integrated Industry - Next Steps". Which steps have been taken ever since this subject has seen the light of day, and which ones will be necessary in the near future to proceed to the next level?
Winzenried: Integrated Industry, or Industry 4.0 as it is otherwise defined, is an awesome opportunity to revitalize stagnant economies; while the new concepts are being developed, standardized and implemented, the realization is also that a high degree of attention to security is equally necessary. With that I mean both security for production data associated to highly efficient customized manufacturing processes for volumes down to single individual units, and security for increasingly networked automation systems. Cyber physical systems, alternatively named connected devices, accommodating M2M or IoT frameworks, require in fact authentication and encryption mechanisms to make sure the systems are not manipulated and know-how remains in its owner's hands. Out of several solutions which are surfacing, some international standards, like ISA99 or IEC 62443 are coming and OPC UA start to be identified as the de-facto communication protocol suggested for use; some already take into account security aspects as well. However, currently the reality in the field is far distant from such futuristic visions: firewalls and VPNs is what is mainly presently in place. That's why a sense of urgency is being instilled at various levels to educate and propagate congruous measures.

IEN: It is generally agreed upon that it will be a challenge to make already established production facilities ready for Industry 4.0, since there is no existing reference architecture or role model up to now. What would you suggest to a managing director as some first steps, if he wants to get his company going on this path?
Winzenried: My personal recommendation to all manufacturers is to get serious about learning how the new technology can increase their revenues and open new business avenues; this will be enough incentive to start experimenting as soon as possible, and gradually transform their architectures, without waiting for all standards and reference models to become available. In a world that is getting more and more globalized by the minute, the benefits that this whole sector can enjoy are tremendous.

IEN: Which products and/or services does your company offer that could play a role within in the context of a smart factory?
Winzenried: Wibu-Systems provides specific solutions that address three main targets:

- Protection: Under this category are all the know-how and IP protection proprietary technologies we have developed against counterfeiting and reverse engineering. While piracy and plagiarism are well known phenomena, not all might be aware that reverse engineering enables perpetrators to grasp key algorithms and schemes, and in turn implement them, thus saving a great deal of research and development efforts. Additionally, we offer protection of production data. Such solution is of paramount importance in smart factories, where products hold production data within across the various manufacturing stages.
- Licensing: This specialization focuses on the possibility to enable new business models through software licensing. The aim of a smart factory is to enhance performance and efficiency, and optimize costs. Many features in a product are obtained with the use of embedded software. Our technology integrates at one end directly with embedded applications and real time operating systems. At the other end we interface with CRM, ERP and ecommerce platforms. CodeMeter License Central, this is the name of our solution, would then assist the production facility manager to customize products only at the very end of the process, setting up configuration and deployment modalities that meet the changing needs of his customers.
- Security: While security is a broad term, our competence relates specifically to cyber security or security against tampering. The more systems are connected, the higher is the risk that somebody from a safe distance is manipulating the software in the control devices of a smart factory, or the production data and parameters. Sophisticated security solutions adopting public key infrastructures and digital signing of code and data, together with integrity checks based on a certificate chain in the PLCs or cyber physical systems in a smart factory, guarantee for secure operation.

On a side note I'd like to spend a couple of words about Secure Key Storage: all of the protection, licensing and security technologies of Wibu-Systems imply the use of symmetric and asymmetric encryption, which in itself needs a secure environment. CodeMeter provides secure key storage either in a pure software-based implementation in the CmCompact runtime or in the smart card based dongles available in many different form factors and with several interfaces, i.e. USB, uSD-, SD-, CF- or CFast Card with optional highly reliable industrial compatible mass storage.

IEN: The realization of Integrated Industry not only requires an improved vertical communication and data transparency within the framework of a specific factory. It also takes an increased data transfer on a horizontal level, between different companies, possibly located in different countries of the world as well. Doesn't this require a fixed set of rules, regulations and standards on an international level, initiated by the European Union, for example?
Winzenried: Yes, interoperability is definitely crucial. In the first place, the focal point of the committees and the industries that are promoting this new industrial revolution is to set up standards that welcome all the inputs from the various bodies involved. Later on down the road the attention of EU and national governments will shift to define regulations meant at delineate appropriate measures for reporting incidents. I see interoperability as a very important challenge. Here, OPC UA, an open IEC standard that incorporate application and user authentication as well as data encryption, might be the best approach for the future.

IEN: Obviously, cloud computing will play a crucial role within the concept of Industry 4.0, since all the information from the factory floor, or the PLC, or the ERP system will be gathered there and transferred to the next level. How critical is the aspect of data security, and is it possible that unsolved problems in that area will significantly slow down the evolution of Industry 4.0?
Winzenried: With the ramp up of connected devices, cyber physical systems, M2M, IoT and the Cloud, security has bounced to the top of anyone's priority list. It is imperative that data security is ensured, in respect of confidentiality and integrity. There might be delays along the path while struggling to identify a universal framework, but I am positive that clear directives will be envisaged, because the alternative would turn down the whole project - a possibility governments cannot let happen under the current global scenario.

IEN: How do your customers within the machine building industry - and possibly the end users as well - perceive the subject of Integrated Industry?
Winzenried: We started with security implementations back in 2010, even before Industry 4.0 became a hype. That was the time when we went for a R&D project with vendors in the textile industry using embroidery machines; a separate collaboration involved a wood working vendor; in both cases we were responsible for implementing multiple security measures: protection and licensing of PLC software for the control of machines, subsequently know-how protection of the highly valuable IP on board the machine, as well as protection of the production data. The context related to the textile industry case is exemplary: The machines are able to use standard "punch-data", and protected "punch data" as well. The customer that wants to have textile products to be manufactured in a factory far away can now send the encrypted and protected punch data to the factory together with a license to produce a certain quantity of products. As soon as the machine has this number of products produced, the encrypted punch data can no longer be used to produce additional volumes. The goal is to avoid an extra shift when the factory commissioned by the customer could actually produce supplemental batches on its own and then sell them to the grey market.

IEN: What are your efforts in your own company to implement Industry 4.0?
Winzenried: We have a highly automated test and production equipment in-house that allows us to customize products for customers. This includes individual programming of license data in our smart card based secure CmDongles, data uploads to the flash memory and laser engraving of OEM graphics on the product case. The whole process is fully integrated with our ERP system.

IEN: Realistically speaking, when will we see the first real smart factory in action?
Winzenried: It is already available with SmartFactory at DFKI in Kaiserslautern and at other research institutes, like the Fraunhofer IOSB which has factories in the Karlsruhe and Lemgo region. We are running a research and development project as well with them. A pervasive penetration will require longer times, but I am sure we will see first implementations step by step even in 2014; it might still take though until 2024 to see a factory at VW or Mercedes entirely converted into a smart factory.

IEN: To close the circle: What do you expect from this year's HANNOVER MESSE as far as this particular subject is concerned?
Winzenried: This year Wibu-Systems is celebrating its 25th anniversary. We have planned to show several own highlights live at the fairgrounds to increase awareness about the enabling potential of Industry 4.0; we are also about to announce a special press conference. Furthermore, I expect a higher attention directly from the Hannover Messe on topics such as Industry 4.0 and Product Protection, I am eager to confront myself with practical and not just theoretical models, I'm looking forward to stimulating presentations and thought-provoking conferences; last but not least, I foresee leads, leads and leads. 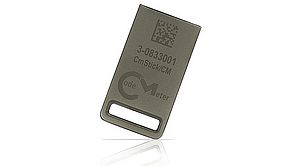 To stand up to even demanding industrial environments

For the protection of data in an Industry 4.0 environment 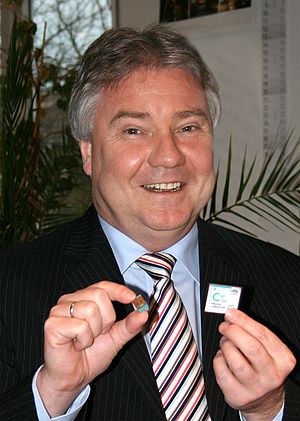