The pandemic has opened companies’ eyes to the urgency of digitalizing their factories. Making concepts likes Machine-as-a-Service possible, blockchain technology could be part of the solution 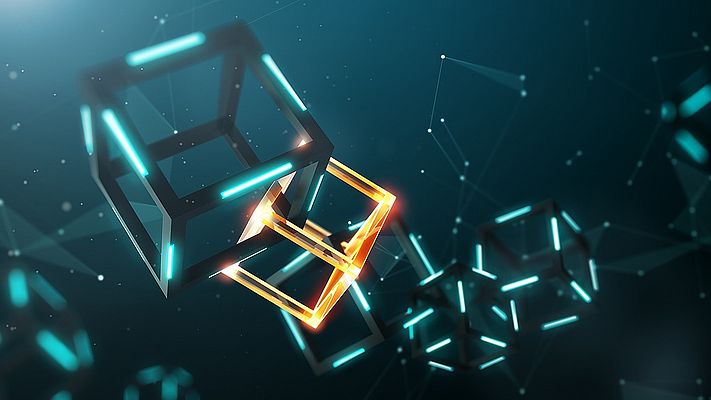 Every cloud has a silver lining. For many experts, Coronavirus is the opportunity for the industrial market to get over its fears and go for the digital transition, finally embracing it with no hesitations. The world is indeed confronted with huge evidence: We weren’t prepared at all to face such an emergency. Even the forward-looking industrial world, shining with its highfaluting acronyms – AI, IoT, AR, VR, ML –, wasn’t really prepared to it and it’s now battening down the hatches.

''Had business moved with more alacrity and determination when it had the opportunity, it would now be in a different place. The virus may now focus organizations’ minds on the need to automate faster in the medium term and will accelerate an investment in factory automation when the global economy eventually rebounds,’’ said David Bicknell, Principal Analyst in the Thematic Research Team at data and analytics company GlobalData.

Better late than never, but now the time to act has come. Among the plethora of technologies that could foster a quick rebound of the manufacturing industry, there is also blockchain. Being an immutable, decentralized database managed by a cluster of separated computers within a ''democratic’’ system, blockchain has become the ideal solution to distribute digital information in a secure way.

This system can be used not only to create digital currency and bitcoin, but it can be harnessed also in the industrial space to offer interesting services. Features like decentralization, immutability, and transparency make this technology suitable to tackle companies’ major problems.

The role of blockchain technology and machine- as-a-service

In times of crisis, problem-solving and responsiveness are golden assets. SteamChain, a startup company located in the US, has come up with a Machine-as-a-Service platform – called Secure Transaction Engine for Automated Machinery (STEAM) – that leverages the power of secure blockchain technology to create business value for OEMs and their end-users, using existing machine data.

The US company Pearson Packaging System implemented a Machine-as-a-Service model based on SteamChain’s system to allow customers to ''rent'' Pearson’s machines – they produce erectors, sealers, and compact palletizers – paying just an established price per case but without the upfront equipment investment. ''MaaS is an ideal option for companies who prefer to pay for automation incrementally, or who have an immediate need for end-of-line machinery but don’t have approved funding. By eliminating the upfront expense of machinery, manufacturers can devote their resources to other projects that improve operations or differentiate their businesses – like new product development,'' declared Pearson President and CEO, Michael Senske.

Thanks to blockchain technology, users can access data on machine output – which are stored in a secure digital database that can’t be modified – and get information regarding the status of the machine to identify trends and issues and predict maintenance operations. In times of crisis, a solution like that gives the flexibility needed with regard to investments, guaranteeing results that can be used for production optimization and automation. A practical example of a ready-to-use solution based on blockchain that can easily solve contingent problems without the need to make huge investments.

Automation, Industry 4.0
Mobility technology is transforming the smart manufacturing environment. This trend is accelerated by the IIoT and Industry 4.0 initiatives, whose goals include empowering an intelligent enterprise through a smart, connected automation ecosystem.
Read more

Automation, Industry 4.0
When we hear IIoT, the main network that comes to mind is the network connecting enterprise systems and cloud applications. The network of field devices and control systems is equally as important, since the health of this network is critical.
Read more