Ulrich Turck will withdraw as Managing Director of Hans Turck GmbH & Co. KG on reaching the age of 67 on March 1, 2018 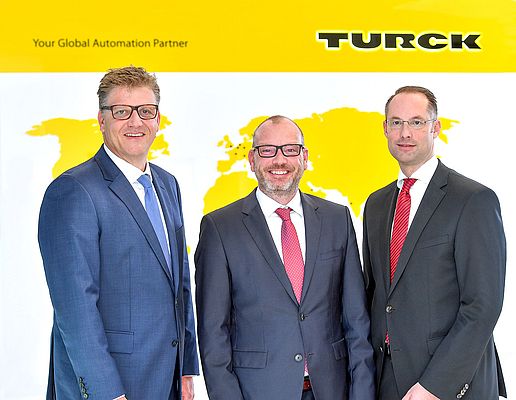 In accordance with the succession plan, responsibilities in the Turck Holding will be distributed among the three Managing Directors: Frohnhaus is responsible for the areas of manufacturing and development, Wolf is responsible for sales and marketing, and Pauli for finances, human resources and IT.

Electrical graduated engineer Ulrich Turck started his professional career after completing his studies at the German Aerospace Center (DLR). Having joined Turck in 1985, the son of company co-founder Hans Turck was initially responsible for the founding of Turck overseas subsidiaries in Eastern Europe and China. Since 1998, Ulrich Turck has been Managing Director of Hans Turck GmbH & Co. KG.

How Open Platforms Can Take Logistics to the Next Level

Automation
Bosch Connected Industry developed an interoperable system for Industry 4.0 called Nexeed that covers all processes within the factory, from production to logistics. Its open interface is among Nexeed’s main benefits
Read more

Artificial Intelligence, Automation, Industry 4.0
Xilinx has donated $1.1 million for COVID-19 crisis relief to organizations that are critical to the global effort to combat the pandemic, to the local community in Silicon Valley, and to communities around the world
Read more

Artificial Intelligence
AI specialist Resolto is bringing AI directly to the machine and interpreting data there with its Scraitec platform, for example at a household appliance producer and a car manufacturer
Read more

The benefits of Industry 4.0 are predicated on leveraging increased data for better decision making. Networking technology must evolve to handle the increased data volume, as must the manufacturers processes and methodologies
Read more