Works together with an operator without safety barriers 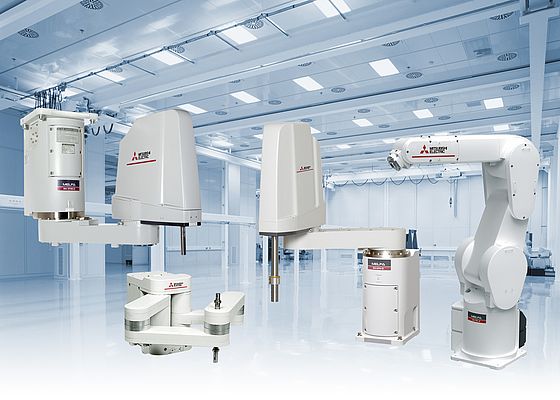 Mitsubishi Electric offers a new collaborative robot, working together with an operator without safety barriers. Collaborative robots are designed to work in close proximity with people in a production cell, unlike fast and powerful industrial robots which have to be located behind protective barriers for safety reasons. Free from this restriction, collaborative robots can be readily and flexibly deployed anywhere in the production environment.

Importantly, while the precision of some collaborative robots may be reduced in comparison with industrial versions, the Mitsubishi Electric model’s performance characteristics mirror those of the company’s industrial autonomous robot range. This means a repeat accuracy of ±0.02 mm, despite the inclusion of sensitive force/torque sensors. Load capacity of the shown robot model is between 5 and 6 kg and reach is between 800 and 1000 mm.

As well as performance, Mitsubishi Electric has also addressed ease of use, with innovative and, to date, unique control and programming options. A touch-screen operator terminal, which can be plugged into the robot, provides an intuitive interface to ‘teach’ the robot its task, without any special programming expertise. The teach functionality includes a ‘direct control’ mode which allows the operator to move the robot from position to position, by hand and with controlled force. Once the set-up is complete, the operator terminal is easily removed to give the robot full freedom of movement. The launch of the new collaborative MELFA robot marks the company’s first dedicated development in the area of Human-Robot Cooperation (HRC).