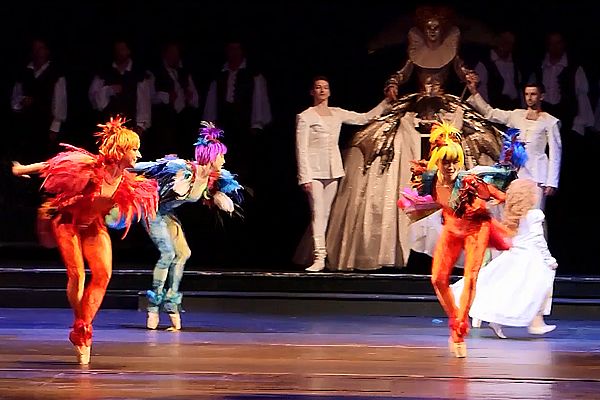 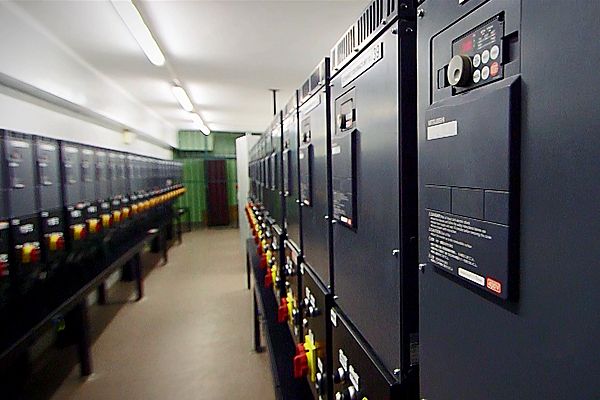 The Teatr Wielki [Grand Theatre] in Łódź The Teatr Wielki in Łódź is the artistic successor to its famous forerunner, the Łódź Opera, which grew out of the passion and involvement of the Association of Friends of the Opera, whose chief representatives were Władysław Raczkowski, Tomasz Kiesewetter and Mieczysław Drobner.

Since 1967 the Teatr Wielki has staged 288 premières, among which have been classics of opera and ballet, musicals and operettas, including works by outstanding modern Polish artists; the stage at the Teatr Wielki has seen world premières of the operas of Romuald Twardowski, Lord Jim and Maria Stuart and sensational performances of works by Krzysztof Penderecki - The Devils of Loudun and Ubu Rex. None of these successes would have been possible for the theatre, though, without the outstanding soloists and individual groups who, for all these years have been, and still are, its greatest strength.

However, the theatre, while gaining prestige, was also growing ever older: many parts of the stage needed modernising, and the manual system for control of parts of the stage was increasingly often failing to support performance of the latest shows. Then in 2012, with the help of money awarded by a European Fund, the Teatr Wielki building underwent a fundamental upgrade - its first for over 40 years.

The show must go on

As part of the EU project to improve the infrastructure at the Teatr Wielki in Łódź, the aim of which was to shape and develop the regional cultural identity in Łódź province based on the operatic arts, Mitsubishi Electric was asked to take part in building a concept and supplying equipment to put this task into effect. To make this application a reality, the proposal was to use the most state-of-the-art regenerative frequency inverters.

What lay behind these modernisations was the idea of increasing the speed of scene changes on the stage, to enable the most demanding of shows to be put on. Cutting the time needed to move decorative frames and mobile components of the scenery by making use, among other things, of frequency inverters would also enable a transition to be made from doing things manually to automation, as hitherto everything had been controlled by a number of operators.

The modernisation work began in 2013, and was directed by the Infrastructure Director, Grzegorz Kruchły, on the Teatr Wielki side, and Grzegorz Kozioł from Mitsubishi Electric. AB Industry, which won the tender, came to us with a cooperation proposal, as Mitsubishi Electric already had relevant experience in this sector. Several control systems had already been successfully installed in theatres, including those in Tarnów and Koszalin.

This project, though, was different from those that had gone before. Requirements had arisen which were linked to mixing of the control modes (between fully automated and manual) and synchronisation of many drives using optical fibre communications. This aspect required the creation of special software for inverters that would meet the above requirements. The objective was achieved through close cooperation with the application section located at Mitsubishi Electric's head office in Japan. It is notable that this was the first application of this type in Europe.

The automation at the Teatr Wielki in Łódź was not only based on the installation of 62 inverters, but was also supported by a Mitsubishi Electric MELSEC iQ platform with MOTION modules controlling movement, GOT series HMI panels and a SCADA system.

"The project we're taking part in is very important to us. In previous years we'd done several things in various theatres, but the challenge that was put before us in central Poland was particularly exciting for a whole range of reasons. To start with, the most important aspect for us was to do something to support art, to make it possible to put on increasing numbers of great shows. There was also the fact that we were grappling for the first time with an application of mixing control modes, which demanded close cooperation with engineers from Japan. Thanks to the help we received from AB Industry it took us just 18 months to achieve this aim, and today we can sit back together with connoisseurs of art and enjoy fantastic shows". Grzegorz Kozioł - Product Manager Inverters & LVS, Mitsubishi Electric Europe B.V., Polish Branch

Regenerative inverters possess an integrated regenerative braking function which enables energy to be saved and costs to be reduced in applications with a high torque, such as hoisting winches, lifts, winders, conveyors, testing machines and centripetal separators. The regeneration function also enables smaller and less expensive systems to be created and simpler and more compact distribution equipment systems, which economises on space in control cabinets and keeps costs down.

Regenerative inverters are an effective way of solving three main issues associated with drive systems in high-torque, high-power applications. These issues are, first: they are the big players in overall energy consumption; second: they take up a lot of space; and third: they present significant problems of heat dispersion. The power regeneration system that is built into the inverters enables the drive to give back regenerative braking energy to the mains with minimal losses. This energy can then be used for other purposes, thus substantially reducing overall energy consumption and operating costs. Furthermore, regeneration energy creates less heat than traditional braking resistors, and this in turn means that less area is needed and also less energy, because there is no need for additional cooling equipment. This means in practice that drives with regenerative inverters require up to 60% less mains cabling and occupy up to 40% less area than conventional solutions (depending on the frequency inverter output).

These savings, coupled with the substantial energy economy of the drive itself, combine to provide the main benefit for the user: a large reduction in the total cost of ownership (TCO).

This is our art

Our script has reached its end. This is how the Teatr Wielki in Łódź has been reborn. In conclusion, let's look back to the question we started with: What would the theatre be without automation? We can say without hesitation that since the theatre has survived for hundreds, if not thousands of years, for thousands of years to come it will continue to function just as well as it has up to now. But we can also say something that hasn't been said before, which is that automation is an incomparable aid to both theatre and actors, and helps to deliver to the audience an even more powerful experience of the emotions a show engenders.

By way of conclusion, it is worth bearing in mind that: "Automation and Robotics are not just industry and production, they are also an art that we create together". If you would like to join us in experiencing the emotions which accompanied us while we were working on this project, and to see how the theatre looks backstage, we invite you to watch this film, which was made in cooperation with the Imagine studio.

Motors & Drives
The Teatr Wielki in Łódź, Poland, started a massive refurbishment of its old systems for stage control and asked Mitsubishi Electric to take part in this challenging project
Share with
Print
Advertise with us
More products from this supplier