With advancing changes in the energy sector, interest in decentralised, variable power generators is growing. The use of waste heat from industrial processes can significantly contribute to increased energy efficiency

The Organic Rankine Cycle (ORC) takes a technological approach to the conversion of waste heat into power. For over 7 years, a Northern Bavarian consortium, consisting of the University of Bayreuth, OTH Amberg-Weiden Technical College and the company DEPRAG, have been successfully developing ORC systems, specifically, micro expansion turbines in low power ranges of under 50 kW (electric).

The recovery of unused energy, such as the heat in exhaust gases from combustion engines or gas turbines or even the waste heat from industrial processes, is a promising strategy to address the challenge to increase energy efficiency. The existing technical solutions, such as downstream steam power processes or turbines as expanders of natural gas, are limited to energy flows with a temperature of over 500 °C and an electrical system output of over 100 kW. In order to achieve stronger market penetration and a tangible positive impact on today’s energy system, it is vital to tap into the substantial potentials at lower temperature levels.

The ORC is particularly suited to the conversion of energy from heat sources with temperatures of 100 °C to 500 °C. In principle, this is the traditional steam power process named after the Scottish physicist and engineer William John Macquorn Rankine (1820 – 1872). In contrast to conventional generators, in ORC systems however, the working medium is organic fluid instead of water.

These materials have the advantage of turning to steam at comparatively low temperatures. This technology has not yet been sufficiently established in an electrical power range lower than 100 kW. This is due, amongst other things, to the lack of cost-effective micro expanders with generators. The group of partners have taken exactly this approach with their intensive research and development work. Firstly, a new type of highly-integrated turbine generator unit has been developed which is comprised of an axial impulse turbine with hermetically sealed synchronous generator (turbine image).

In the project “Development of an ORC mini generator for the utilisation of waste heat”, funded by the Bavarian Research Funding Charity from 2011 to 2013, the specific expertise of the three project partners were first brought together in several developmental stages: Stationary simulation and selection of fluid, design and production of a direct evaporator and a micro expansion turbine with generator, conception of the demonstration system as well as the building and operation of the system.

The micro expansion turbine was calculated and designed by Prof. Dr.-Ing. Andreas Weiß from the OTH Amberg-Weiden Technical College. Deprag Schulz solved the technical challenges involved in the production of the ORC micro expansion turbine. Finally, a research system was set up at the Zentrum für Energietechnik (ZET) at the University of Bayreuth under the leadership of Prof. Dr-Ing. Dieter Brüggemann (research system image).

The research project is the first step in the systematic further development of the ORC technology by the project partners. After successful construction and testing of the experimental generator with direct evaporation of cyclopentane and a micro turbine as expander, a modular system for micro expansion turbines was developed. This came within the framework of the subproject of the Centre of excellence for combined heat and power generation, “Micro expansion turbines with high speed generators for the conversion of waste heat in CHP or other industrial processes”, funded by the Bavarian State Ministry for Education and Cultural Affairs, Science and Arts, between 2013 and 2016. Three different representatives of this modular system have been extensively surveyed in a second ORC system using hexamethyldisiloxane (MM) as the working fluid.

Using the extremely reliable new ORC test generator, turbines can be tested not only at design point, but also under partial load, so that operational and efficiency characteristics can be determined. The measurements taken verify further increases in efficiency so that a degree of efficiency of almost 75 % can be realised by the turbine. All participants have continuously sought to underpin theoretical calculations with concrete evidence from the laboratory.

The Green-Energy-Turbine (GET) product family from Deprag Schulz, whose design is primarily based on the outlined project, also demonstrates that the ambitious objectives have reached beyond the scientific domain. There are five different sizes covering electric power ranges of 3 kW to 175 kW. Due to its simple design, the GET turbine generator can be adapted quickly and cost-effectively in practice to varied power requirements, working fluids, pressures and temperatures. There are currently already around 100 machines working in the field.

Despite the successes already achieved, the project partners have set themselves even more ambitious goals for the future. In the most recent project funded by the BFS, an adaptive turbine with variable geometry is being developed and tested in the existing research system. “We hope to enable intelligent and efficient adaptation by the turbine to frequently occurring partial-load ranges” explains Prof. Weiß. 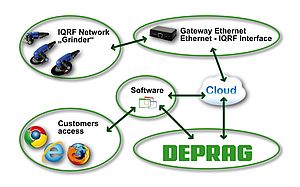 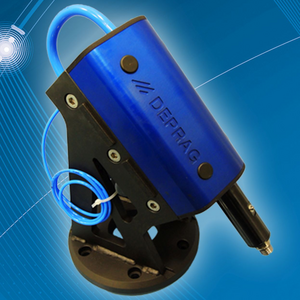 End-of-Arm Tooling for Grinding and Polishing 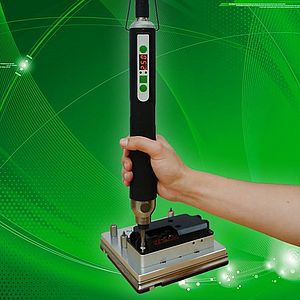 Simply adaptable to any screw joint 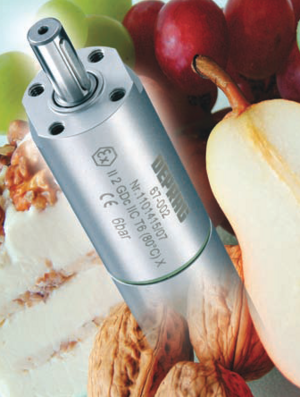 Bursting with energy and vitamins, from the humble apple to exotic combinations there are fruit juices on the market to satisfy every taste. Drive equipment used in juice production must be efficient and hygieni

Simply adaptable to any screw joint