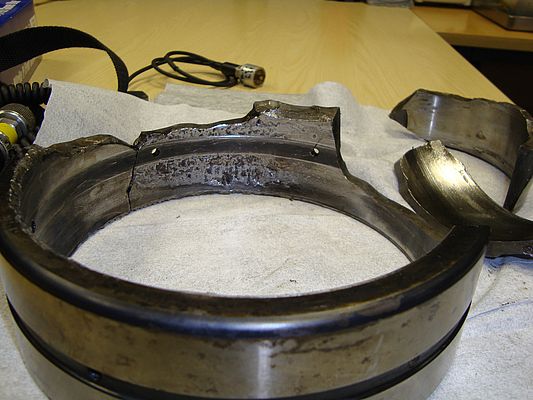 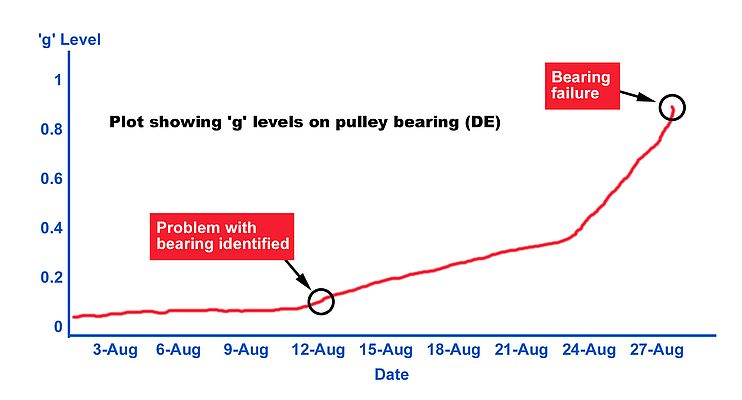 In the world of industry, pressure to deliver high productivity whilst keeping costs down has over the last two decades led to a rise in the implementation of machinery vibration monitoring programs with great success. Costly break downs and damage to machinery have in many instances been avoided and the required maintenance has been able to be scheduled for a convenient time.

Maintenance engineers have long known the benefits of monitoring vibration, however the virtues of what can be achieved are not always appreciated by their work colleagues and the valid warnings that are highlighted can be disregarded from management level to the shop floor with often catastrophic results.

Chris Hansford, Managing Director at Hansford Sensors Ltd. tells that “Such a situation was reported to us via one of our overseas customers very recently.  A Maintenance Engineer Team leader contacted our customer directly for advice on a potential equipment failure they had recently identified. The application was in a process application where the Maintenance Team had discovered that a conveyor pulley bearing had developed high levels of wear over a short period of time. The Production Department decided that, instead of instigating an unplanned shutdown, based on the recommendations of the Maintenance Team they chose to ignore the warning and  continued to run the pulley until the planned shutdown date. The scheduled shutdown was due 3 weeks after the initial bearing fault detection”.

Chris continues “The maintenance team responsible for the monitoring of this production line was obviously concerned with the possibility of a failure on this pulley, and on the recommendation of our customer they purchased a stock item sensor; HS-423 (Dual output -4-20mA acceleration into the PLC and AC output via a data collector). Within 24 hours these were delivered and installed on the conveyor pulley bearing that had been diagnosed with high levels of wear, thus giving Management at the facility instant warning if the problem progressed further”.

As the date for the planned shut grew closer, the identified ‘g’ (acceleration) levels shown by the HS-423 sensor, monitoring the pulley bearing doubled. The HS-423, being connected directly to the control room display, was sent into alarm as the detected levels surpassed previously specified warning parameters. These reading were further backed up by the acceleration readings taken via the department’s hand-held data collector. The levels increased substantially in the final hours before the failure. (See diagram)

Unfortunately, the operators did not heed the alarm warnings and continued their attempt to run the conveyor to the planned shutdown date.  Consequently the bearing catastrophically failed, in turn catching on fire and resulting in high costs of damage to equipment and putting the lives of a number of employees at risk. This resulted in expensive repairs, a mountain of paper work with the fire it caused and shut down of the conveyor for over 24 hours.  Hindsight is a wonderful thing, but at least a valuable lesson had been learned.  Fortunately no-one was badly injured and the worth of the Maintenance Team has been put in the spot-light proving what a valuable job they carry out and the significance of their role in ensuring the safe, cost-effective management of industrial plant.