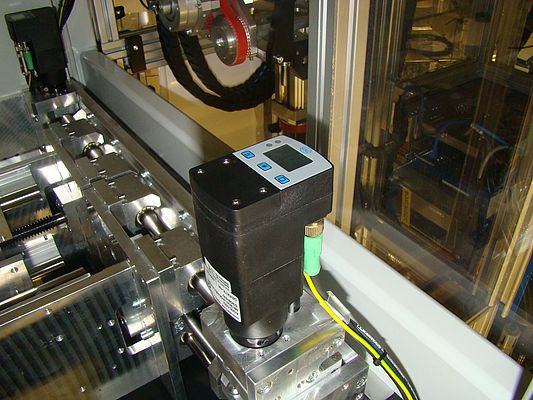 View of the machine: The AG05 from Siko in operation at the fischer Group. 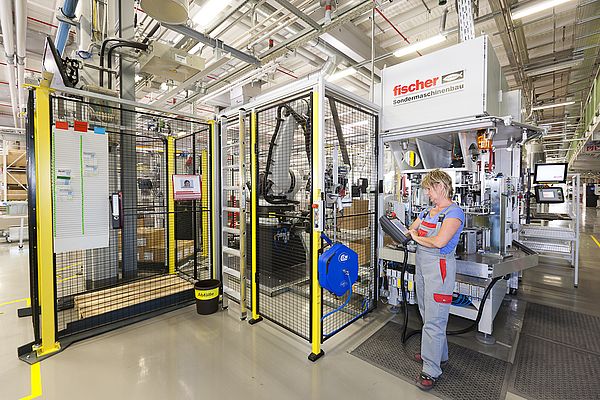 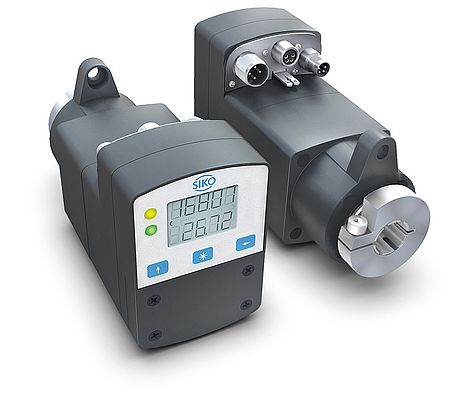 The automated actuator AG05 from Siko

The AG05 actuator from Siko is making positive headlines. The actuators can be automated and lead to a dramatic reduction in set-up times in the areas of mechanical and plant engineering. Fischerwerke has already switched parts of its packaging production over to the actuators. By using approximately 50 actuators of the AG05 series, fischer was able to reduce the set-up times of several production lines from 45 minutes to under five minutes. In addition to the low weight and small installation size, the customer was particularly impressed by the connectivity and long-term reliability of the solution and the flexibility gained in the production process. Incoming orders can be dealt with quickly without having to stock the full range of items.

The decisive factor in industrial production processes is the number of units manufactured. Profitability increases rapidly, the longer machines can run without operator intervention. However, with the current market density, sufficient demand for mass production only exists in certain areas. In many market segments, flexibility in producing small and medium lot sizes has become a deciding competitive factor. If you can offer attractive prices despite the increased demands, you will usually be rewarded with well-filled order books. The key requirement for this flexibility is the reduction of set-up times in the production line. A significant increase in efficiency can be realized by automating the set-up processes with networked actuators. Fischerwerke, best known for its "fischer anchors", already operates several production lines with automated actuators from Siko.

Prerequisites for switching to automated actuators
A quick look at the website of the fischer Group is enough to get an idea of the manufacturer's diversified product range. There is a particularly wide variety of packaging options that can be directly integrated into the production processes. The ready-for-sale pallet can often be found at the end of the production line. In order to meet the challenges of this wide product range, fischer develops specific production equipment in its in-house Specialized Machinery division. The machinery required is designed, developed and manufactured in close collaboration with the production divisions.

In 2007, fischer established a project team with the aim of achieving maximum flexibility in the area of packaging by automating the set-up processes. The ambitious goal was to make even the smallest of orders economically viable and to further strengthen the market position with the help of this newly created customer base. The existing production lines were completely overhauled by the project team. Overall, the degree of automation increased significantly. In the area of packaging, set-up times were greatly reduced by using AG05 actuators from Siko. During the changeover, the AG05 was tested against comparable drives from other reputable manufacturers and came out on top.

In the course of the large-scale efficiency drive, fischer became aware of the automated actuators from Siko. Following initial phone calls, Siko supplied free product samples in 2011, which enabled fischer to carry out extensive tests to determine whether the AG05 met its requirements. Siko advised from the beginning that the automated actuators were still in the testing phase; however, in-house tests showed impressive results across the board. Since commitment to innovation is one of the core values of the fischer Group, the companies soon got together and initial tests gave reason to believe that set-up times could be significantly reduced.

Connectivity via Profinet
The primary motivation for changing to AG05 drives was the ability to connect to Profinet. With long-term reliability in mind, fischer had previously decided to ensure compatibility with this standard whenever new equipment was purchased. In the AG05, the proprietary protocol SikoNet 5 is Profinet-enabled via the Fieldbus converter Anybus from HMS. "Connectivity was the most important factor when selecting the actuators," points out Herbert Erath, Head of Specialized Machinery at fischer. Siko provided the communicator for the sample drives that were initially supplied. However, for large-scale use, fischer was advised to purchase the product directly from HMS for reasons of economy. In the past, other customers have accepted the higher price for the interface converter, in order to buy the complete solution from a single source. In order to provide customers with a complete solution, Siko offers a range of optional additional services. In addition to the drive itself, the available range includes cabling, plugs and power supplies, the aforementioned Profinet converter and all necessary software modules for external controls. Because the goods are supplied from a single source, it is possible to offer greater flexibility in the design of the complete system. Once the customer is familiar with the system, the components can then be purchased directly from the manufacturer - as in the case of fischer GmbH & Co. KG.

Performance features
In addition to being Profinet-enabled, the AG05 stands out for its unusually compact size. The space-saving layout is made possible by a power density previously not available on the market. The drive only requires the unit volume of a 0.33 l can, or only approx. 60 - 75 % of the space required by other manufacturers' solutions. When it comes to weight, the difference is even more striking. The drive weighs only half as much as other drives with similar performance. A number of additional features which prove to be extremely helpful in certain situations complete the picture. These include the display, which is integrated into the drive, the control keys and the option of operation without fieldbus capability. "In practice, the compact size of the AG05 and the display has proved to be of great benefit for us," confirms Erath. As explicitly requested by fischer, the actuator can be addressed without tools or software. Another special feature is the fibreglass-reinforced plastic housing which is particularly easy to clean. This favourable feature is enhanced by the fact that the surface is designed with a downward slope at all points, so that contamination from droplets leaves hardly any residue.

The collaboration between fischer and Siko in the area of actuators has proved successful. Both companies are extremely satisfied with the result of the cooperation. For a relatively small initial investment, fischer managed to achieve a significant increase in the degree of automation of production lines and in particular in the production of packaging. Herbert Erath adds: "We were able to reduce set-up times from 45 minutes to less than 5 minutes - a huge increase in efficiency." Herbert Erath is extremely delighted with the fact that the entire production can be switched to the required parts by simply selecting the material number. The automation of the packaging production opens up a whole new customer base for fischer and contributes significantly to ensuring the quality of small orders. Siko, on the other hand, was able to take advantage of the welcome opportunity to carry out the test phase of the innovative AG05 with an industry leader and as a result gain a satisfied new customer of international standing.

Measuring the Position of Hydraulic and Telescopic Cylinders

Automation, Industry 4.0
Siko presents a SIL-2-certified version of its MSA111C-DQ that offers an automatic start-up and a high degree of error monitoring
Read more

Automation
The SGH wire-actuated encoder measures the absolute, direct cylinder stroke in the hydraulic cylinder. Cost-intensive drilling of the piston is no longer required thanks to the new measurement system. As a result there are lower integration costs
Read more

Test & Measurement
SIKO is specialising in measuring technology since 1963, experience in distance, angle & rotary measuring technology, offering individual customisation and developments and an international sales and support through representatives and subsidiaries.
Read more

Test & Measurement
Each one has its advantages
Read more

Measuring the Position of Hydraulic and Telescopic Cylinders

Automation, Industry 4.0
Siko presents a SIL-2-certified version of its MSA111C-DQ that offers an automatic start-up and a high degree of error monitoring
Read more

Motors & Drives
From 45 to under 5 minutes
Read more

Test & Measurement
SIKO is specialising in measuring technology since 1963, experience in distance, angle & rotary measuring technology, offering individual customisation and developments and an international sales and support through representatives and subsidiaries.
Read more