Industries which involve the transport of aggregates or rock extractions can be extremely hard on a conveyor drive chain. Abrasive dust particles infiltrate the chain links and cause corrosion of the chain's internals which leads to elongation and eventual failure.

One of Europe's largest producers of asphalt for road construction had found that the roller chain it used to drive its conveyors tended to have exceptionally short service periods before replacement was required. Standard 16B chain was used to reduce purchasing costs, but the regular downtime and maintenance requirements meant that the Total Cost of Ownership (TCO) remained high. It was decided that a solution was required which would last longer.

The company approached Tsubaki, manufacturer of roller chain, to provide a solution. It suggested that its latest BS/DIN European premium chain GT4 Winner would last significantly longer than other premium chains on the market. BS chain GT4 Winner is one of the most advanced chains that Tsubaki produces, it boasts four key features which are designed to reduce wear and chain elongation.

1.    Lube-grooved (LG) bushes hold oil at the point of contact which provides an internal reservoir for lubricant where the chain needs it most.
2.    Seamless and perfectly cylindrical bushes result in both better contact between the pin and bush and improved lubricant retention.
3.    Centre sink rivets - for easy disassembly - which are designed with markings to identify pin rotations caused by chain overloading.
4.    Ring Coined connection links allow the chain to be specified up to its full kW rating; unlike the typical standard slip-fit connecting links used by competitors which are usually much weaker than the base chain.

Tsubaki offered to run a KG test to validate its claims and provide an accurate comparison between the GT4 Winner and other chains on the market. The KG test was invented by Koos Geskus as a method for testing different chains in an equal environment; it is one of the most effective ways of creating equal circumstances and ensuring a fair comparison between different chain types. A single length of chain is created using two or three lengths of different chain. It is then left to run in-the-field for a pre-determined amount of time; the chains are then separated and re-measured to find the amount of elongation.

Tsubaki advises replacement of a chain once elongation reaches 1.5%. The benefit of the KG test over other chain comparison tests is that the chain is tested in real-life applications rather than a test facility. Therefore they are subjected to the rigours of the industry that they will perform in and the results give a true indication of wear life.

For the purpose of this test the GT4 Winner chain was compared against the standard chain that had previously been used at the site and a premier chain from the same manufacturer which uses chrome bearing pins for increased wear resistance. The chain was left in operation for 1750 service hours prior to measuring for elongation.

It was found that the competitor's premium brand had suffered 3.3% elongation while the GT4 Winner was only 1.9%: this equates to 42% less elongation for GT4 Winner. In comparison to the original chain – which had suffered from 3.5% elongation – Tsubaki's solution was shown to offer 45% less elongation, a significant improvement and one that could double the service life of the chain, making it economically a far more beneficial product. 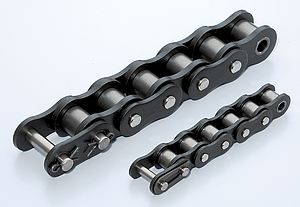 For applications including food safe options 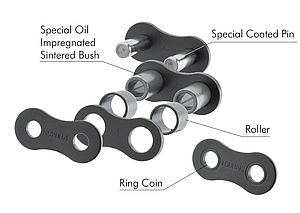 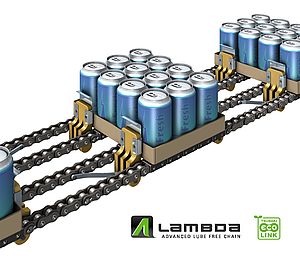 Internally lubricated for the food and beverage industry 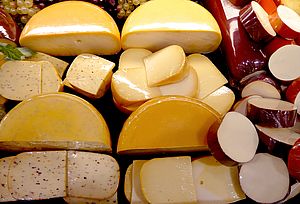 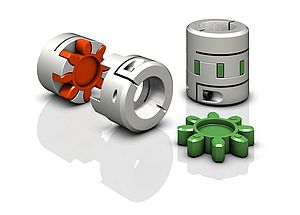 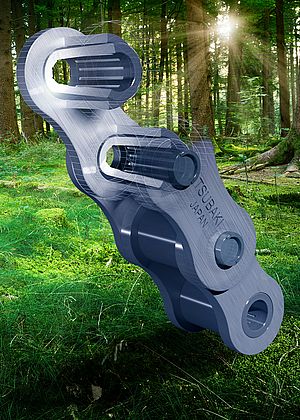 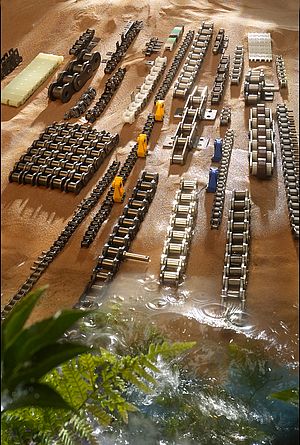 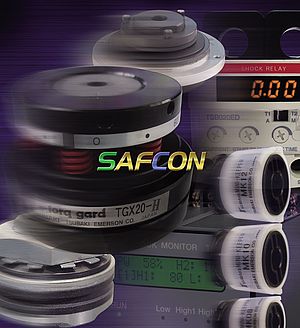 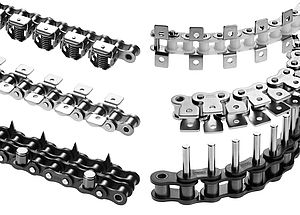 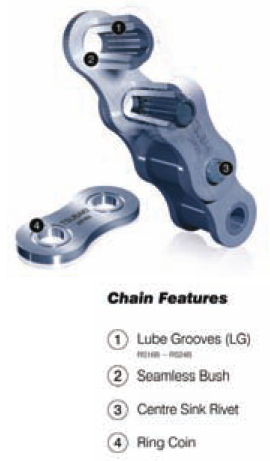 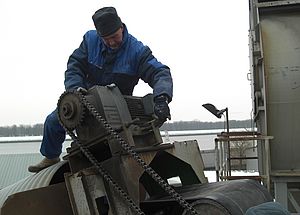