The Swiss company has prioritized and ramped up the production of its components and input systems, which are used in medical devices, to respond to the spread of Covid-19 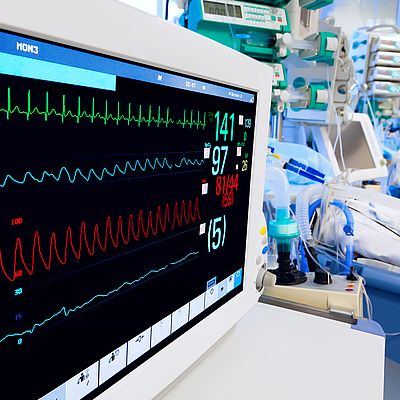 Five million confirmed cases of the life-threatening viral disease Covid-19 have been recorded in the world and the number is still rising. The SARS-CoV-2 is a contagious respiratory disease which has forced government to declare national state of emergency almost everywhere. While public life has been paralysed, the damage to national economies runs into the trillions.

Thanks to decades of experience in manufacturing as a supplier to the medical technology industry, Schurter was able to avert the lockdown of numerous of its own production facilities. System-relevant operations, which include Schurter production plants, were closed in very few countries. As a result and thanks to a high degree of flexibility, Schurter was able to drastically increase its capacities for medical technology.

It quickly became evident that the global capacities for respirators would most likely not be sufficient in the event of an unrestrained outbreak of the virus. Analysis systems for blood samples are also of vital importance for assessing the crisis situation. These too were not available in sufficient numbers. In these areas Schurter works closely with the most renowned manufacturers of such devices and supplies components for simple and safe operation of these vital medical devices. A massive expansion of production is being driven forward at full speed.

Respirators must be operated by qualified specialists. To ensure that they remain operable, they must meet high standards. The input systems must be adapted to the abilities, demands and characteristics of the users and the tasks to be performed. Priority should be given to the following points: intuitive operation by means of a few, clearly recognisable input options; clear feedback from the interface that input has been correctly recognised; logical menu structure based on human thinking; presentation of information in accordance with human receptivity.

Schurter has enormous know-how in the field of touchscreens and supplies the world's most renowned manufacturers.

Sometimes all it takes is a little mishap. Out of carelessness, you pull on the wrong cable and the plug is already out. In medical technology, you simply can't afford such a thing. This does not only apply to the surgical operating theatre, but also to all life-supporting and life-monitoring systems. Schurter relies on the V-Lock cord retention system that has proven itself in professional use.