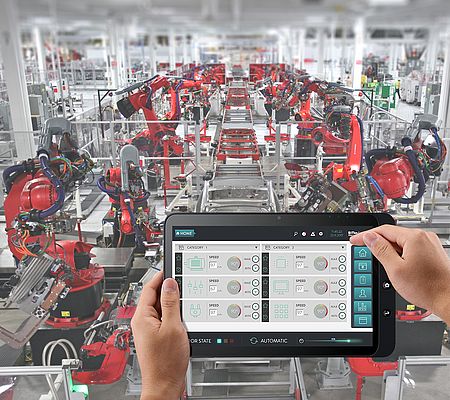 Progea has released a new version of its software technology for supervision, remote control and SCADA/HMI applications: the Movicon.NExT, version 3.4. This release is the result of the natural evolution of the platform, that follows its path of growth and improvement.

A new plug-in has been introduced for the notification of events of “Push” type, using Telegram, the instant messaging service.  The alarms or events of the plant can be now notified, not only by voice call, email or SMS, but also towards groups or single chats thanks to Telegram.

Movicon.NExT 3.4 extends the concept of human-machine interface thanks to speech synthesis and voice commands. The new command allows you to vocally synthesize a text string. An event or an alarm could generate a voice message for the operator.  Voice commands are available as both system commands and object commands.

iOS and Android apps support the possibility of feedback through vibration. For Microsoft devices the app is equipped of HoloLens support for voice commands and transparency.