To supply microprocessors from 4-20mA loop

As aged as it may be, the venerable analogue 4–20mA loop still represents the undisputed standard in process and control technology – not least due to the relatively simple two-wire technology, which is extremely reliable and easy to install. Supplying digital components from the unused portion of the loop current had become an issue with microprocessors processing raw data and HART (Highway Addressable Remote Transducer) modems ensuring that smart sensors keep sending a variety of data signals on the same loop.

Conventional switching regulator ICs are unsuitable as their high efficiency at full load drops so far at lower loads that they exceed the 4mA threshold. Low quiescent current in sleep mode cannot compensate as this shuts off the main output voltage altogether. Linear regulators are not ideal either; despite their perfectly decent quiescent current levels at around 0.5mA, poor efficiency decreases available power by a factor of around three compared to switching regulators.

RECOM newly developed R420-1.8/PL switching regulators come with a particularly clever solution and a novel topology capable of lowering idle current to around 100μA while still maintaining rated voltage at output. For example,  24VDC and <3.5mA at the input provides 3.3V and 10mA at the output, which is capable of supplying the sensor alongside the microcontroller and HART modem without affecting loop functionality or metering accuracy.

Another benefit is that these new switching regulators are programmable for any output voltage between 1.8V and 5V by simple wiring using a resistor, yielding a single component suitable for a variety of tasks in process automation or sensor-controlled, solar-powered systems. The new R420-1.8/PL features an open-frame SMD design, operates at temperature range from -40°C to +105°C, and operates at an altitude of up to 5,000m. The regulator is permanently protected against short-circuit, and comes with a three-year warranty. 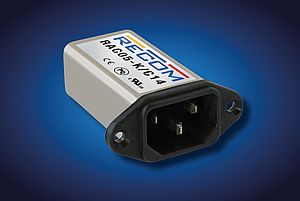 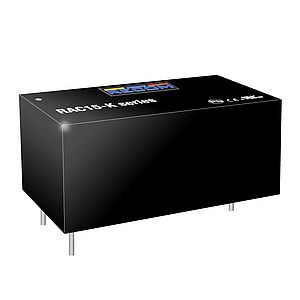 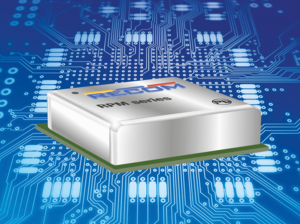 Recom put onto the market its series of compact power modules, which are thermally optimized to pull the heat away from the board, and do not need additional components 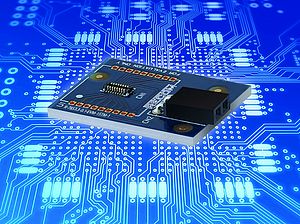 Draws a stable 3.3V from a AA battery down to voltages as low as 0.65V 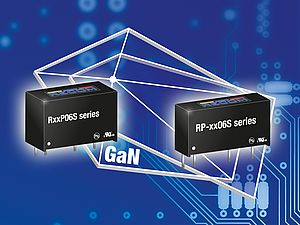 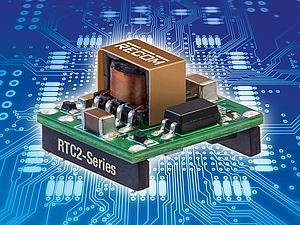 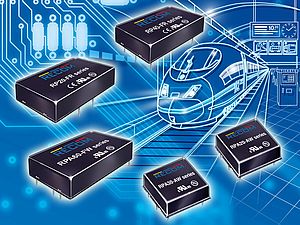 For railway applications and other harsh environments 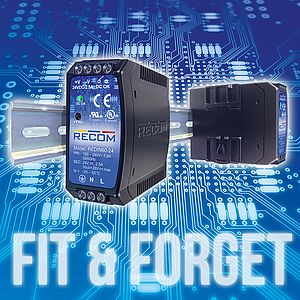 Available with standard output voltages of 12VDC and 24VDC, adjustable by a front cover potentiometer 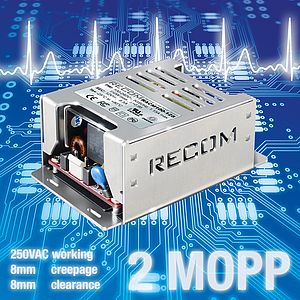 Designed for medical applications, the RACM100 and RACM150 provide 100W or 135W maximum power in a semi-enclosed case without forced cooling

Recom put onto the market its series of compact power modules, which are thermally optimized to pull the heat away from the board, and do not need additional components 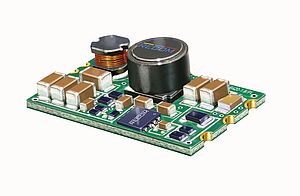 To supply microprocessors from 4-20mA loop