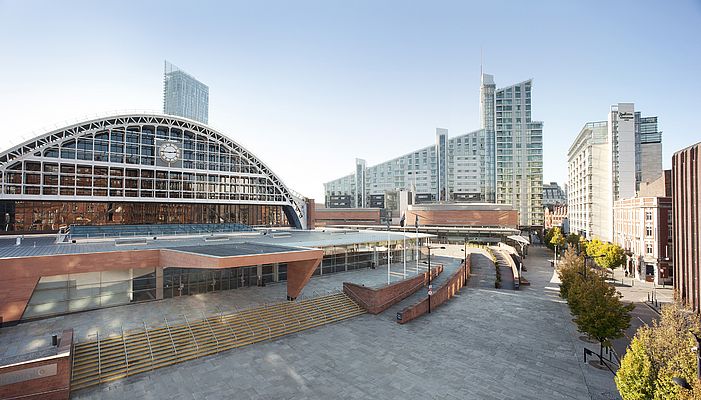 The installation of a new WEG inverter / motor package has provided significant savings, amounting to a 30% annual reduction in the energy costs for the venue and an ROI of less than nine months. 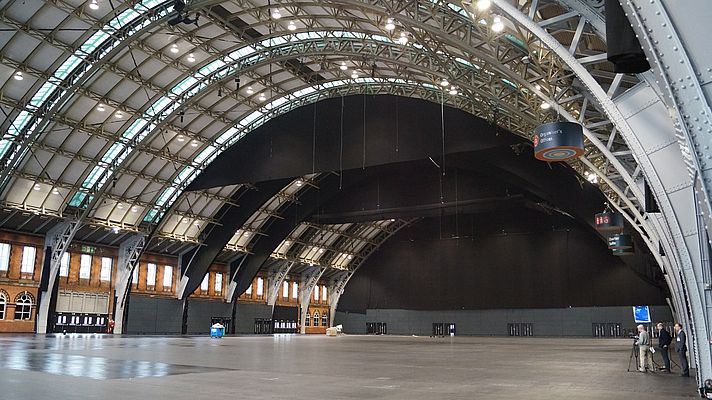 The project focussed on the ventilation system for the main hall, covering 10,000m². 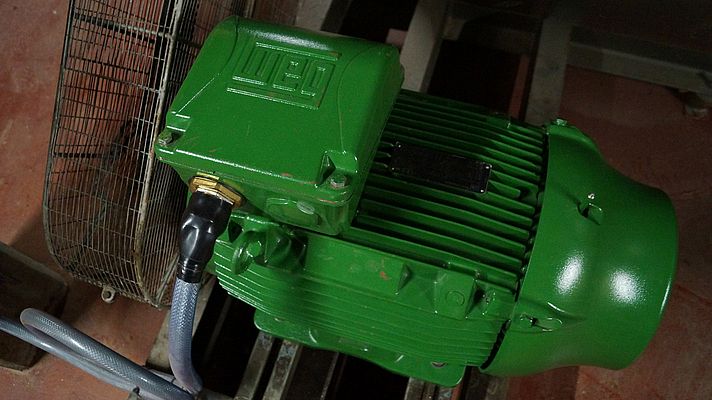 The replacement WEG W22 IE3 high efficiency motors are rated at between 94.4 and 95 percent efficient 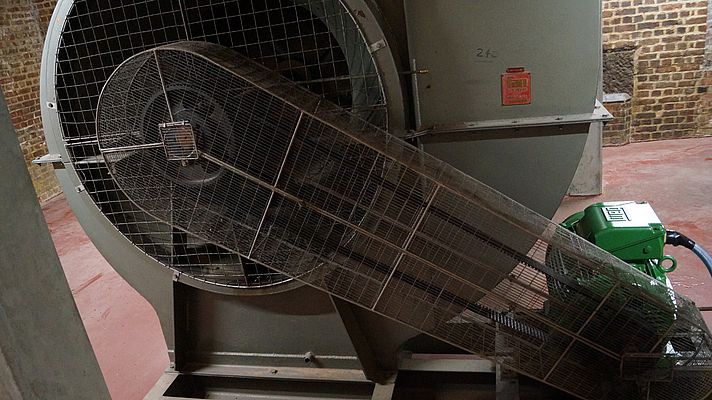 The drive couplings were also addressed and new synchronous drive belts were installed with corresponding sprockets, which accounted for an additional three percent energy saving alone. 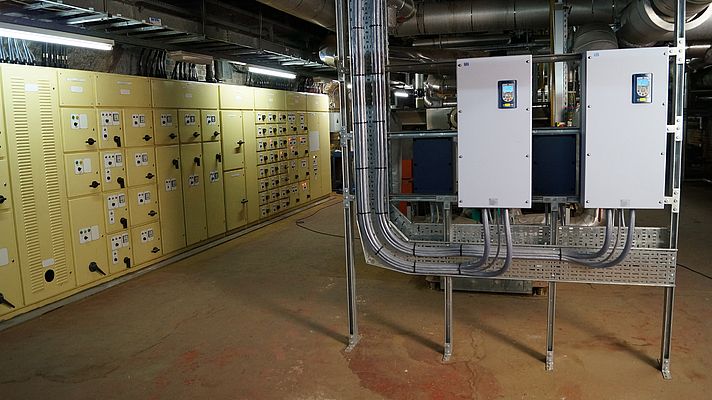 WEG’s CFW-11 drives contain state-of-the-art technology for three-phase induction motor control as well as many innovations which help the customer to maximise the benefits available.

An iconic conference and exhibition venue based in central Manchester is one of the UK's first major venues to achieve the new ISO 20121 standard for sustainability. Part of this goal has been achieved with the decision to replace the ventilation fan drive system for the large venue with a new and more efficient solution supplied by motor and drive manufacturer WEG.

Located in the heart of Manchester's city centre, the iconic venue was originally a train station, which underwent a transformation in 1986 to become an exhibition and conference centre. Now, nearly 25 years on, the original plant and equipment is under review with a determined effort to reduce energy consumption and improve overall efficiency. This process recently focussed on the ventilation system for the main hall, covering 10,000m2.

Projected savings
The first stage of the project was to define the scope and to calculate projected savings to ensure that the venture would provide the expected returns. The original system comprised a number of fans, fixed speed motors and dampers which controlled the air flow; however, the motors had reached the end of their operating life and the dampers had become ineffective and were adversely affecting the performance of the system as a whole. It was decided the motors and dampers should be replaced with modern equivalents, fitted with controls connected to a new BMS.

An independent assessment was carried out by one of the UK's leading specialist MRO product and service providers to benchmark the energy consumption and costs of the ventilation system and then compare them to projected figures using replacement dampers and a downsized drive system, with matched inverters and higher efficiency IE3 motors, supplied by WEG. These calculations led to a predicted return on investment of less than 12 months and with that, the project was given the green light.

Due to the power and efficiency of the WEG inverter / motor package the entire system could be downsized significantly, reducing both installation and operating costs. The impact of the replacement system however was magnified by the change from Direct-on-Line (DOL) motors operating at fixed speeds to inverter driven motors that could operate at variable speeds, which can have a massive effect on energy consumption.

The original system ran either at full power, or not at all, using the dampers to control the air flow. The inverters now allow three set speeds and a smooth transition between each speed. To put the saving into context, using the cube law - a 25 percent reduction in speed equates to a 50 percent reduction in energy usage. A pump or fan running at 50 percent of the original speed for example; will use only 25 percent of the energy it would have used at full speed, so the savings are compounded.

The 1980s system comprised of 75kW motors for the supply fans and 18.5kW motors for the extraction fans, all of which were controlled by DOL starters. As such, all of these ageing motors ran at full speed when switched on, there was no capability for speed control. In addition, the drive coupling to the fan shaft consisted of an old v-belt arrangement, which could mean a delay of several minutes before the fan speed matched the motor speed on start-up.

The engineers at WEG designed a new drive system which comprised 55kW supply motors and 15kW extraction motors from its W22 Premium Efficiency IE3 range and these were powered by matched WEG CFW-11 Frequency Inverters. The drive couplings were also addressed and new synchronous drive belts were installed with corresponding sprockets, which accounted for an additional three percent energy saving alone.

Drive technology
Housed in a rugged, powder-coated, IP54 metal enclosure, the CFW-11, which is available in ratings up to 370kW, is designed to operate in open conditions, i.e. without the need for a costly panel or cabinet.

Daniel Griffiths, Technical Area Sales for WEG comments, "This project really shows what is possible when a complete system, which has been designed and optimised for a specific application and uses matched equipment, is installed. The CFW-11 has been developed with this sort of fan application in mind and by using the adaptable nature of the design, real savings can be achieved, providing short ROI and a positive contribution to the bottom line on operating costs."

The new generation of inverters from WEG contain state-of-the-art technology for three-phase induction motor control as well as many innovations which help the customer to maximise the benefits available. A clean sheet design, the CFW-11 development was based on the Plug & Play principle, which offers simplicity in installation and operation. The ability to accept FLASH memory, I/O cards and a whole range of communication protocols makes this new drive extremely versatile.

For the application in Manchester, the new installation has brought a host of improvements, not least being the huge energy savings. Using variable speed operation and run times agreed with the independent energy assessors, the projected savings in energy costs will allow for the drive system to have paid for itself within nine months. Even this figure may be conservative since the exact efficiencies of the original motors were unknown and were generously assumed to be equivalent to IE1 class equipment.

Benchmarking
Daniel Griffiths continues, "To enable clients to understand the return on investment for any project such as this, it is essential to know the performance and cost of the original equipment. In this case, an independent consultant was used to perform the bench-marking calculations.

"The original equipment, having been installed in 1986 was assumed to be classed as IE1, which is particularly generous since the classification was only introduced in 2005. The efficiency figures for a 75KW IE1 motor operating at 50Hz was assumed to be 89 percent, which, bearing in mind the age and technology employed, was generous as this is what a new IE1 motor is expected to deliver now. "

The replacement WEG W22 IE3 high efficiency motors are rated at between 94.4 and 95 percent efficient, over and above what qualifies them for the IE3 efficiency standard. The difference is, being inverter driven, they can also operate at a different frequency range, (20 - 40Hz in this case), allowing efficiency to be maximised."

Understanding the function and usage of the motors is also crucial for applying the correct annual hours running time. Using performance information provided by the facilities manager, combined with the UK average electricity charge allows a final energy cost to be produced for each motor.

This can then be compared to the efficiency figures for the new equipment with the revised running time based on improvements to the control philosophy and using the same electricity price. Costs were presented per annum with the difference being the annual cost saving.

Building automation - system integration
The ability to integrate the ventilation system into the BMS was a huge improvement and provides peace of mind with the ability to check the whole system over the internet, so the organisers can be sure that the hall will be ready for the next exhibition. In combination with the Wi-Fi network within the venue, the maintenance team are able to control the entire BMS, including the ventilation system, remotely with the use of a tablet computer.

The site maintenance engineers responsible for the running of the venue no longer have to worry about whether the main hall will be up to temperature in the morning, they can pre-set the air temperature and take the tablet computer home to monitor the live system and its operation remotely via Wi-Fi and the internet.

The drive for environmental standards
This project, in conjunction with a number of others undertaken at the venue, has resulted in it being one of the first in the UK to achieve ISO 20121, the industry's most sought after sustainability credential.

ISO 20121 is a management system standard that has been designed to help organisations in the events industry improve on the sustainability of their event related activities, products and services. ISO 20121 is based on the earlier British Standard called 'BS 8901 Specification for a Sustainability Management System for Events' which led to an international version of the standard to coincide with the London 2012 Olympics.

The results of participation are intended to include becoming more socially responsible and reducing the environmental footprint of a business while continuing to be financially successful. More information can be found at www.iso20121.org