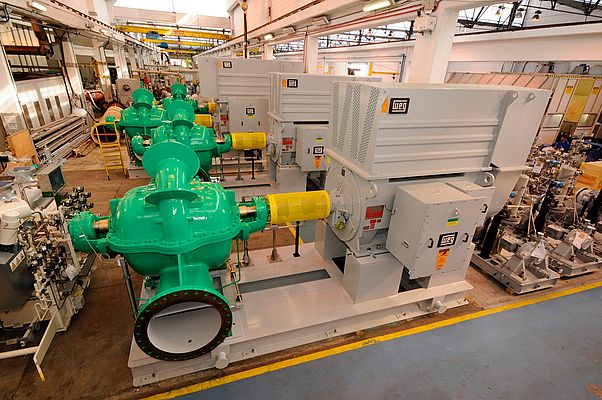 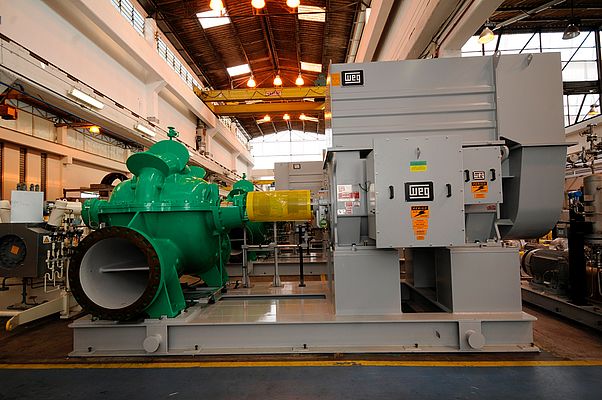 A petrochemical refinery in Brazil is turning up the steam to meet increased domestic demand by becoming the first crude oil refinery to be entirely built with Brazilian technology. This includes induction Ex-motors motors at the heart of one of the core processes.

Brazil is widely recognised as one of the fastest developing countries of the world, being listed in the BRIC acronym (Brazil, Russia, India and China) as having a rapidly advancing economy. Its population is about 200 million and its land mass makes it the fifth largest country in the world. Rich in natural resources, it also has tremendous potential for hydroelectric power generation.

The eleven three-phase induction motors, suitable for operation in explosive atmospheres will be used to drive the centrifugal pumps feeding water into the cooling towers at the Petrobras Abreu e Lima Refinery in Ipojuca, Pernambuco. This is one of the wealthiest regions of Brazil, and close to the world famous beach resorts of Porto de Galinhas.

The pumps and motors are to be located in the refining area and will be used to feed the cooling towers associated with the site's main steam turbines. The pumps will operate to provide water for circulation and for cooling the plant and equipment which is critically important within the refining process. The pumps are being supplied by KSB, which has been manufacturing in Brazil for over 50 years.

"These KSB pumps and associated equipment require special motors that offer a high degree of reliability," explains WEG engineer, Marcelo Vedana. To enhance their reliability the motors are designed to be robust and use the best quality bearings and ancillary components. The windings are precision made and balanced, whilst advanced thermal management ensures cool running.

Explosion proof motors are designed to contain an explosion if it occurs within the motor. This is to prevent the release of explosive gases and to minimize internal sparking within the motor. They are most commonly used in the chemical, mining, textile and petrochemical industries, but also find applications in many other fields. Not only must an explosion proof motor be designed to reduce the likelihood of exploding, it must also be capable of completely containing an internal explosion so that it does not propagate to the surrounding area. Thus their bodies tend to be more robust than standard motors and to be able to maintain integrity at highly elevated temperatures. They must also resist corrosion and to have flame-tight joints and flanges with minimum tolerances so that hot gases from an internal explosion will cool down before exiting to the wider environment.

There are several approval bodies that can certify motors are explosion proof. As a major international motor manufacturer, WEG meets the safety requirements for all regions. Petrobras, amongst the five biggest energy companies in the world, says that Abreu e Lima is one of the most advanced refineries ever built in Brazilian territory. It will be the first with the capability to process 100% heavy crude oil with the minimum environmental impact and to produce fuel with a lower sulphur content than that required by the strictest of international standards, that is to say 10 ppm of sulphur.

Motors & Drives
We interviewed the customer who had installed Yamaha robots in his production line. In this article, you will find tips that may provide solutions to common problems, and a selection of linear conveyors that defy conventional production wisdom
Read more
Request information