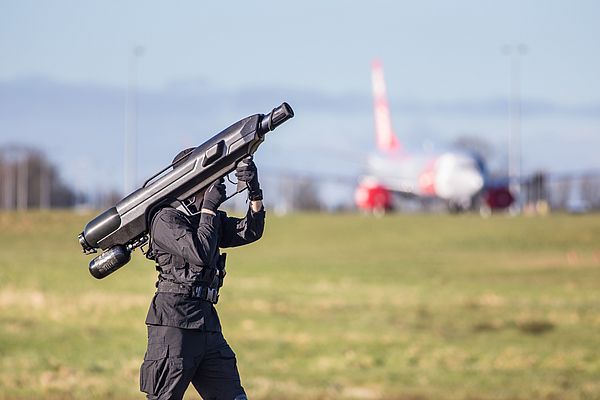 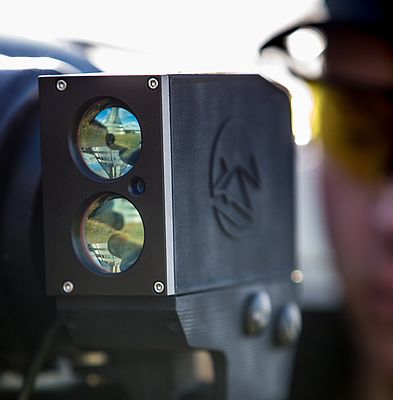 The proliferation of low cost drones for hobbyists has led to a number of well publicised incidents. The use of drones is now often forbidden by law around airports, sporting events and government establishments due to the risk of physical injury or use in committing crimes. Policing has traditionally resorted to arresting the drone operator and/or seizing the drone and its cargo when it lands, as forcing the drone out of the sky while it is flying can be dangerous.

OpenWorks Engineering, a Northumberland-based product development company, has developed SkyWall100 allowing the user to physically capture a drone in mid-flight. The system allows the drone to be kept intact without the risk of damage to the drone or the surrounding area. This immediately eliminates the drone threat and its contents can then be analysed and used to as evidence in a prosecution.

The SkyWall100 is a man portable, reusable drone defence system using compressed air to launch a projectile containing a net and optional parachute to capture a drone. At the heart of the system is the easy-to-use SmartScope allowing engagement of static and moving targets using predictive algorithms. When a target is acquired the SmartScope adjusts its bearings to force the operator to redirect their aim to compensate for gravity and drone movement.

igus iglidur J plain bearings were selected for the pivots in the SmartScope because of their low maintenance and low weight when compared to conventional metal roller bearings. The iglidur J plain bearings are designed for low coefficients of friction while running dry and their low stick-slip tendency. They are recommended for low pressure loads and can operate at high speeds.

To load a new projectile, a rear facing breach cap is opened by a 20-degrees rotation. When locked it must seal tightly (using a face O ring) against the air pressure during launch. Chris Down, Managing Director of OpenWorks Engineering explained how another igus product was used to solve a problem. “Tightening this end cap by hand was very hard until we introduced the A160 material between two of the sliding aluminium faces. The tribo-tape was easy to apply and cut into a suitable shape.” iglidur tribo-tape is lubricant and maintenance free and is ideal for use when the allowable space is very small.  It offers a low coefficient of friction and best wear-resistance.

The SkyWall100 UK launch took place early in 2016 at the Home Office Security and Policing Event in Farnborough. This annual event is aimed at police, law enforcement and security professionals who are tasked with security, civil protection and national resilience.

Motors & Drives
Delivering thrill rides and doing it safely is not easy task. The new Gyro Swing at a Swedish amusement park generates 4-G forces and moves at over 100 km/h, but the fun is under control thanks to high-power regenerative variable-speed drive
Read more
Request information