made with 54% vegetable oil 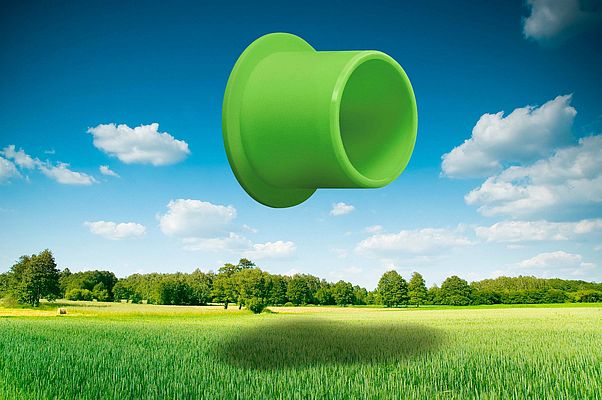 The plain bearing material by igus is based on 54% sustainable and natural raw materials. The basic polymer of the iglidur N54 plain bearing is mainly made of castor oil, rather than finite crude oil. The mechanically and tribologically optimised biopolymer is suitable for universal use in the low-load range. As with all iglidur polymers, iglidur N54 is a high-performance tribological plastic material that is both lubricant and maintenance free. In-house test results indicate excellent wear resistance properties with loads up to 2 MPa, thus a green alternative for general purpose, low-load applications. As well as general industrial applications, igus sees possibilities for the biopolymer in consumer goods, for example furniture and other items of daily use.
iglidur bearings do not require any oil and grease, are lubricant and maintenance-free, which means no contaminants are released to the environment. They have a low weight in comparison to metallic options, leading to lower masses and thus reduced energy consumption. Furthermore, the energy balance for the production of plastics is significantly better than for metals. Industry analysts expect this value to fall even further on account of the major progress currently being made in the field of biopolymers. According to the European Bioplastics association the production capacity for biopolymers is expected to rise from around 700,000 tonnes in 2010 to about 1.7 million tonnes by 2015.