Predictive maintenance is part of Industry 4.0 and the factory of tomorrow. To achieve this, igus has developed a family of products under the name 'isense', where various sensors and monitoring modules make plastic energy chains, and cables intelligent 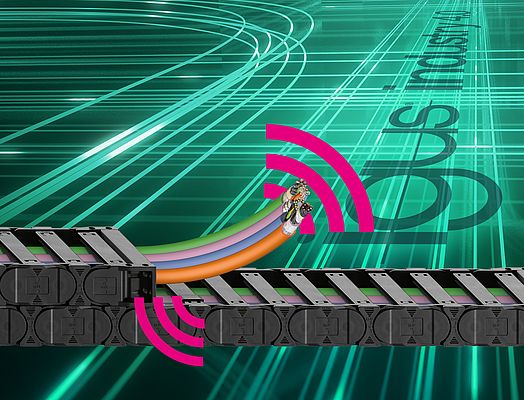 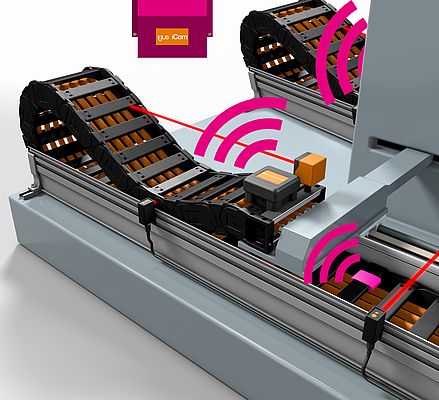 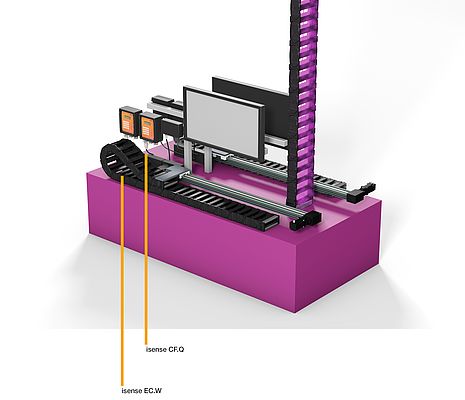 Smart plastics help avoid unplanned plant downtimes and expensive production losses. "Thanks to the digital networking of machines and products, it is possible to continuously record the condition of the components and to inform as soon as a repair or replacement is required," explains Michael Blaß, authorised officer e-chain systems at igus. In energy chain systems this is called the isense EC.M sensor and is mounted on the moving end of the chain where it automatically records acceleration, speed, temperature and the number of cycles completed. The distance travelled and the remaining service life of the system can then be derived from this information. With the optimised isense EC.W sensor, the wear on the e-chain is determined to the nearest percent in gliding e-chain applications such as those found on cranes, linear robots or travel axes.

The company igus has developed the isense EC.B module for unpredictable incidents. It determines if there is a breakage in a chain link due to accidental or deliberate damage. The module consists of a polymer wire in special separators and a sensor unit. The information from the sensor unit can either be read by the evaluation unit isense EC.B, either as part of the IoT network or connected directly to the customer's system. Among other things, this system is used by an Austrian automotive supplier on their indoor linear robot which handles engine blocks. Here a failure occurred even after visual monitoring of the energy chain systems. This could have been prevented by the break monitoring system. Since 2010, the so-called PPDS (Push/Pull Force Detection System) has been used worldwide on hundreds of crane systems to detect unusual operating conditions.

A force sensor attached to the moving end of the e-chain continuously measures the resulting tensile and shear forces during operation and compares them with expected data. In the event of a fault, an immediate shutdown of the system takes place, depending on the settings made by the customer, before further major damage to the e-chain system occurs. The proven PPDS concept has now been integrated into the isense concept under the name isense EC.P. In addition, the modules can be integrated wirelessly via WLAN or wired (CAN bus) and thus also help to improve the preventive maintenance recommendations.

For energy chains and in particular in guide troughs on long travels, isense EC.RC (e-chain run control) provides reliable protection against the chain rising up in the event of a blockage. Sensors measure and check the position of the energy chain. In this way, the machine is prevented from continuing to operate or the chain from rising up when mechanical faults occur; preventing total loss of the chain or an electrical shutdown (for example, due to cable damage).

With the new isense CF.Q top-hat rail module even chainflex cables, which were developed by igus specifically for the moving application in energy chains, become "intelligent". Based on the experience of thousands of tests in the world's largest laboratory for dynamic cables with an area of 2,750 m², they advise the customer before the changes in the electrical properties lead to a plant shutdown. With continuous measurement of the electrical properties, ambient temperature and the number of cycles, a possible failure of the cable is predicted in good time. Continuous testing in the test laboratory and in customer applications help to make analysis of the measured values increasingly precise.