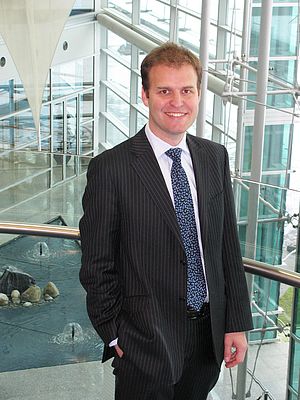 In any medium to large commercial building there are tens of thousands of data points relating to the efficient and effective operation of HVAC, small power and lighting assets. Many of these buildings have existing Building Management Systems (BMS) yet most building managers do not have a transparent and simple view of HVAC asset performance and energy consumption on a day-to-day basis. There is just too much data and too many other priorities to keep the building operational.

There is new web technology that provides big data analysis of this asset data which brings to the surface where energy is being wasted and where assets are performing ineffectively.  The focus on energy wastage and poor performance means that building managers can be very focused in how they respond to this information, taking specific actions to improve operational control or targeted maintenance.

One example of this approach is the installation of Demand Logic at King's College London in January 2013 where annual savings worth around £390,000 were identified. Demand Logic was retro-fitted in one day to the existing BMS to track over 100,000 data points, including sensors and terminal units as well as 554 major plant items (i.e. boilers, chillers, pumps & air-handling units). The biggest source of savings was the run time of these major plant.

"The Demand Logic web system allows us to see at a glance where problems are likely to be. Without this, it's like trying to find a needle in a haystack"
Ian Armitage, Campus Operations Manager, King's College London

The use of the Demand Logic platform is the latest in a series of leadership projects conducted by King's College to reduce carbon emissions, for which the College has won numerous awards[1]. This latest initiative covers three sites. Approximately 100 buildings ranging considerably in size and usage pattern were involved in the project.

Savings
The College's annual energy spend is approximately £5m. The project found that in the main, the College's facilities were running very efficiently thanks to determined efforts and successive energy efficiency drives. There are, however, many issues that can arise which cannot be easily identified by traditional energy management systems. This is why Demand Logic was chosen as a way to discover hard-to-find savings.

The project has so far unearthed 47 specific energy-saving opportunities; 38 of these have already been acted upon to save energy, money and carbon. The indicative annual carbon saving is estimated at 2500 tonnes[3]. Based on Demand Logic analysis of a major bank HQ, a large data centre and the HQ of an international newspaper, the Demand Logic service typical finds annual savings of €55,000-€110,000 for a building that is 10,000-15,000m2.
What kind of problems were uncovered?

Many of the energy problems identified at King's College were typical for most commercial office buildings. In one case, boilers were rapidly cycling on and off because they did not have enough load. In another, several conflicting "set points" (desired temperature settings) had been applied to the same open plan office, causing both heating and cooling of the same space.

In a particularly notable case, having uncovered a large chiller running all day in the middle of winter, the system then found a single office that was causing the problem. This single room was being heated by a personal electric heater which was fighting the centralised cooling plant. (The main plant was trying to cool the space, and the electric heater was trying to heat it). This discovery was possible because the Demand Logic system monitors each of many hundreds of ceiling-mounted air-conditioning outlets in the building, and was able to identify the one that was demanding the most from the central plant.

Importance of the in-house team
In order to ensure that opportunities raised by the Demand Logic platform were acted upon, the College brought together a team of key staff, comprising facilities managers and other personnel from each campus. This group were able to share with each other live and historical visualisations of the heating and cooling systems, for example showing when large items of plant, like chillers or ventilation plant, were running.

This team also uses the Demand Logic system to ensure that measures they introduce don't "slip back" a common problem in energy efficiency. Slip-back can be caused, for example, by plant being put into manual control for urgent reasons and then remaining in manual without being noticed.

In summary, the use of big data web services is on the increase for building management. This example from King's College highlights how the right analysis can provide practical insights that enable a targeted response and making an immediate impact on operational effectiveness.