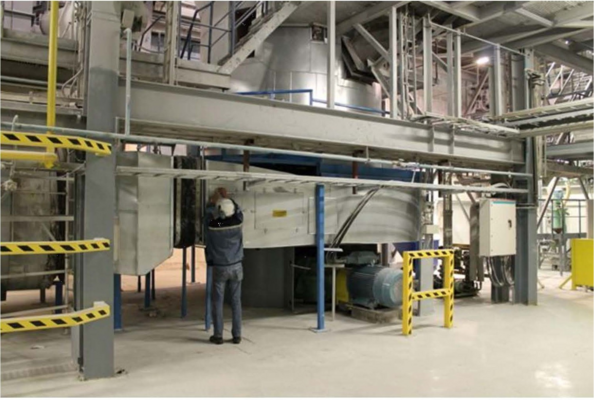 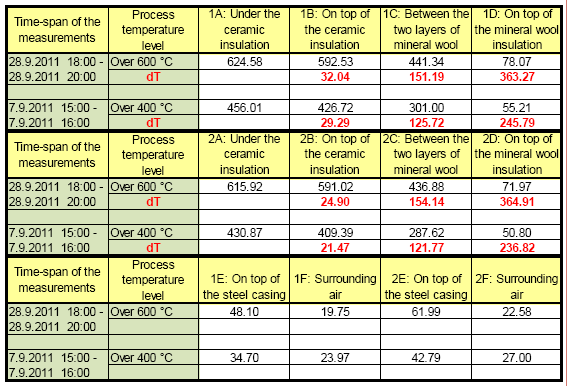 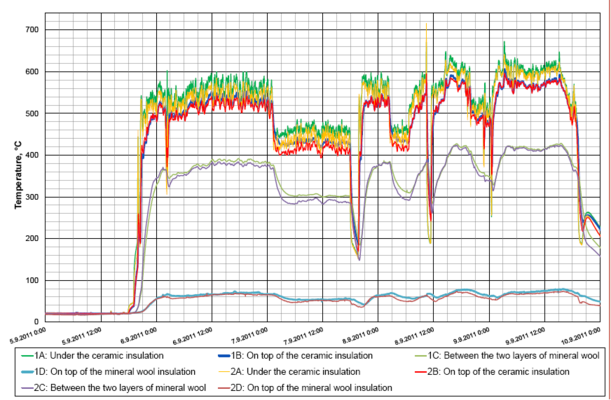 Continuously rising energy costs, introduction of CO2 certificates for emission rights, together with increasing competition in process industry same time - more and more European producers are forced to reduce internal costs for their energy needs. However, to achieve this it is not only worth to look at technical process parameters but also where heat losses occurs and in particular what is the status of the current thermal insulation of industry equipment. Often those installations are more than 20 years in place and were designed and insulated based on operational process requirements only, such as personal protection but not on today's economic and sustainable criteria. Additionally, it is not uncommon that there are still a variety of non-insulated components such as fittings, valves and flanges, or damaged insulation, which can no longer fulfill their original function. All points mentioned have one thing in common: significant heat losses and by this higher internal energy costs. With the newly created VDI 4610, "Energy efficiency in industrial installations - heat and cold insulation" a standard has been created that determines the potential for savings by reducing heating and cooling energy losses and considers measures for effective insulation in compliance with economic and ecological aspects. An enormous energy saving potential by better industry insulation of more than 620 PJ (equivalent to the output of 15 conventional coal-fired power stations) has been identified through a study commissioned by the European Industrial Insulation Foundation (EiiF), executed by Ecofys. The following reference project confirms this analysis in real practice.

In the Kirkkonummi plant of Saint Gobain Gypsum, in Finland, Gyproc plasterboards are manufactured. The production is very energy-intensive, the energy costs represent one of the highest production cost factors. At the start of production, the raw material, natural gypsum or recycled gypsum material, are milled, dried and calcinated in a ball mill furnace. During the calcination process, most of the crystallized water is removed. The resulting gypsum plaster powder is then mixed again with water and additives, afterwards compressed between two layers of solid ceiling paper. When the gypsum crystals have been settled, the boards are pre-cut and dried in a drying oven. Finally, the dried plaster boards are cut to the final dimension. The calcination and drying processes account for the main energy consumption - with an energy mix of natural gas and electricity - during the whole production chain.

"To keep the profitability of the manufacturing process, we need to reduce our overall energy consumption considerably. The energy need is an essential part of the production costs" confirms the plant manager Piotr Ozimek and initiated besides others this efficiency project to improve the energy balance. The total energy consumption of the production process has been already known for years. One approach to reduce the use of energy was seen in the optimization of the existing insulation of the ball mill furnace. The furnace was originally installed in 1985 with a traditional stone wool wired mat insulation of 100 kg/m3 density. After almost 30 years of intensive use, the insulation was in poor condition, partially even sintered and had to be replaced in any case. However, it is always challenging to insulate an industrial furnace such as the ball mill furnace considering the tough conditions. The layers of insulation must withstand high temperatures up to 600°C. At the same time, the grinding of the gypsum causes strong vibrations that the insulation material must withstand. Here it took a deliberate choice of material that meets these requirements.

With the support of the thermal calculation program TechCalc of ISOVER, we had chosen the ULTIMATE wired mats as a more efficient alternative insulation. The thermal performance of ULTIMATE, compared with the traditional stone wool insulation that is normally used in the industry, is up to 25 percent and even better.

In order to show demonstratively the potential savings of the ULTIMATE wired mats compared with the previous insulation design based on stone wool, it was decided to divide the ball mill furnace in two areas. In both areas a first 25 mm thick ceramic fiber layer was mounted. Subsequently, in one area a classic wired mat, density of 100 kg/m³, has been installed in two layers with a thickness of 80 and 100 mm. In the other area, the more energy-efficient ULTIMATE wired mat was installed using the same insulation thicknesses.

After a year of operation an external company examined the thermal conductivity by means of thermocouples, which had previously been attached to different measurement points between all the layers and on the surfaces. The better thermal insulation properties of the ULTIMATE wired mats were obvious. The measurements showed an average 19% reduction in heat flow at the ULTIMATE insulated area of the ball mill furnace compared with the traditionally insulated area. The thermal conductivity of insulating materials ULTIMATE showed a 24% better value in comparison to the traditional stone wool products.

The prior calculated result of higher effectiveness of the ULTIMATE insulation by the thermal calculation program Isover TechCalc was confirmed by the real measurements on site, which raised the question to what extent these savings would be economical. Therefore, the project costs, savings and ROI were calculated for each insulation design option. The additional material costs for the ULTIMATE insulation system was about 1,100 EUR higher. In a five-year period the operation costs of running the ball mill furnace, however, was about 12,700 EUR less. Compared with the previous design in traditional stone wool, the company achieved a reduction of energy consumption by 290 kWh/m2. Which means each year a total of 1800-2500 EUR in energy costs can be saved (equivalent to 13-19 € / m2), whereby the higher cost of ULTIMATE materials used had been paid off after a half respectively one year.

The Saint-Gobain Gypsum project has shown that with a simple action - by a switch to a more efficient insulation system - enormous savings can be achieved even by keeping the same insulation thickness. This is particularly an advantage for improvements in already existing components, where given space limitations do not allow higher thicknesses. At the same time amortization time was highly attractive - in this case less than one year. While the reduction of energy consumption also means a reduction in carbon dioxide emissions, making an effective contribution to environmental protection, it also reduces the cost of CO2 certificates. The latter are becoming increasingly important for future economic considerations due to expected rising certificate prices.