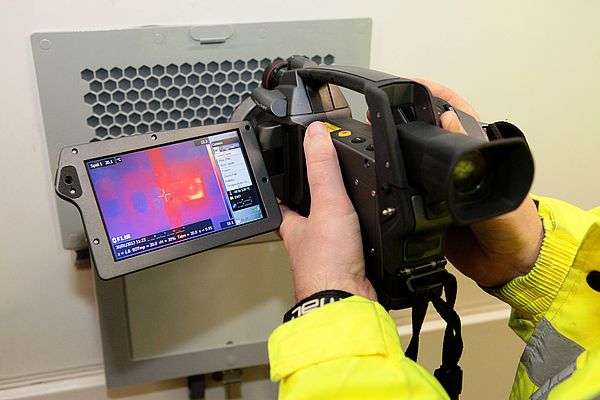 With the installation of IRISS Cap Series infrared inspection windows at London Stansted Airport, the savings in terms of inspection time and association costs have been massive. 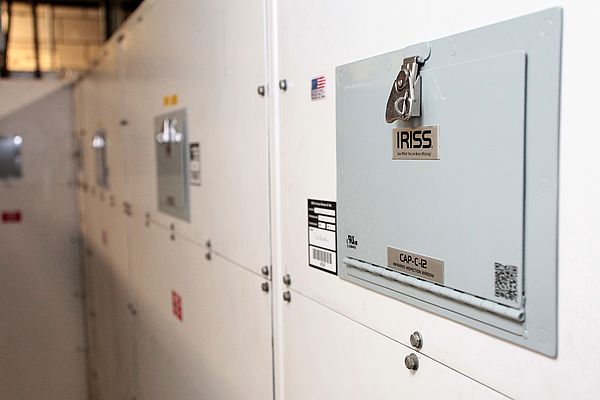 A total of 72 IRISS windows have been installed comprising a combination of products allowing easy thermal inspection of busbars and mulitple components. 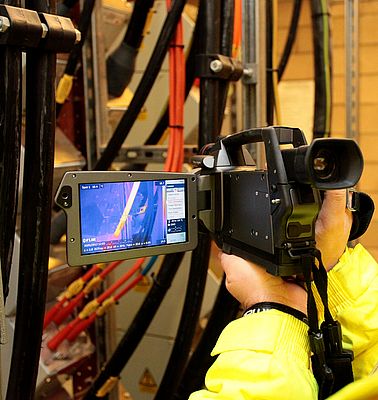 Fault found during a thermal survey 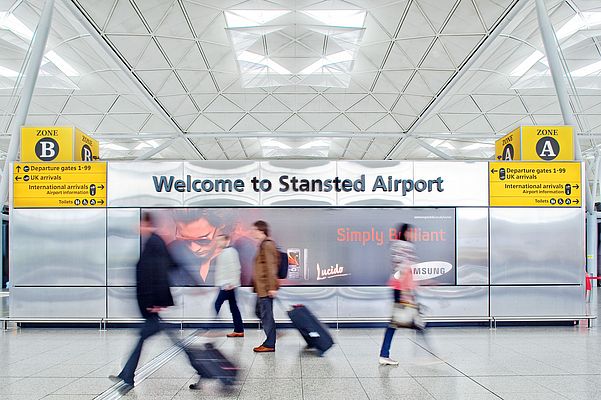 London Stansted Airport is open for business 24/7 and the reliable and continuous operation of its passenger terminal has to be assured for much more than just day-to-day working. As London's third busiest airport it also needs to be at the ready for every eventuality, whether the cause is bad weather or a security alert. Historically, this put the maintenance teams, responsible for the reliability of all low voltage equipment, under huge time pressure.

At best, engineers had four hours per night in which to conduct predictive maintenance inspections. By the time they had made the system safe, this window of opportunity reduced even more. This meant the entire inspection cycle was significantly protracted and no system could be checked under load.

With the installation of IRISS CAP Series infrared inspection windows, the savings in terms of inspection time and associated costs have been massive. Payback was instant. But the benefits extend way beyond that.

An initial thermal survey of the fully energised low voltage systems that serve the main terminal block took only five hours, showing just two minor cable faults. For the first time the airport had a benchmark for trending future performance and the complete assurance that everything is working optimally.

"Quite simply, this was not possible before we installed IRISS CAP Series infrared inspection windows," confirmed Engineering Compliance Manager, David Potter. "We were able to check individual circuits when they were switched off but busbars continued to be a particular concern. They contain a huge amount of copper that absorbs a lot of heat over time before they go into fault status. You can't see this if the system isn't live."

London Stansted Airport has permission to handle 35 million passengers per year. Its throughput peaked at 23 million in 2007 but currently around 17.5 million people pass through the terminal building each year. Night operations largely involve Ryanair and easyJet aircraft returning to the base and also cargo flights. And although the early hours of the morning provide a relatively quiet period for planned maintenance, passenger processing normally starts around 3.30am by which time all electrical systems must be running.

David Potter, an engineer with 24 years experience at London Stansted Airport, is responsible for strategic planning and maintenance of electrical distribution on site, both high and low voltage. But whilst parts of the high voltage network can selectively shutdown without compromising the operation, the low voltage equipment does not have similar capacity.

"Our high voltage network is owned and managed by UKPNS but maintenance of low voltage equipment is down to our own engineering teams," he confirmed. "We agree the maintenance schedule with the Airline Operators Committee three months in advance and our Maximo planning system flags up what needs to be inspected each night but in every case it's a race against time. Nevertheless, this work is vital."

Understandably the electrical infrastructure at London Stansted Airport is huge. Power is brought onto the site at 33kV and transformed down to 11V. The low voltage network feeds all manner of systems in the main terminal building, typically IT and baggage handling. So any unexpected interruption in the power supply could have serious consequences.

The potential cost of failure is also huge. Service Quality Rebate scheme (SQR) is a system whereby the airport has to pay compensation to its customers, the airlines and handling agents, if it fails to meet an agreed level of expectation.

Although efficient maintenance had so far prevented serious low voltage system failures, David Potter wanted greater assurance. He had considered the introduction of infrared windows to complement outsourced thermal imaging surveys and to allow live inspection, but all available products on the market were deemed unsuitable.

He explained: "A small crystal window may have been fine for small switchgear but the size of our equipment meant that we would end up with so many windows, our substation would look like a submarine. Even if it had been viable from a practical standpoint, the cost would be huge. And crucially an individual window would be too small to allow the all important inspection of an entire busbar."

The 'Eureka' moment came when David Potter saw a feature in a trade press magazine on IRISS Custom Application Product (CAP) Series infrared windows made from transmissive polymer. This fully impact resistant material allows the window to be any size which is perfect for applications involving large switchgear.

Initially IRISS considered the project in two phases but the surprisingly low cost allowed substations serving the terminal block to be fitted with windows in one fell swoop. The potential savings in inspection time and the ability to inspect live systems, including the busbars, easily justified the investment.

"It's rare to see something completely new that works well and I couldn't believe this was available from a company in Essex. The windows are really high quality, very well constructed," David Potter continued. "I was also impressed by IRISS as a company and I would certainly recommend it to others. Nothing was too much trouble and its engineers were very professional. The specification was approved on 6th November 2012, a comprehensive installation plan was then drawn up by IRISS and the entire job completed by Christmas."

The IRISS team worked flexibly to complete the job within the time constraints imposed by 24 hour operation. Having installed an isolation sheet on each cabinet, the thick door panel was removed to the access road where the required hole was cut with a jigsaw and the appropriate IRISS CAP Series window fitted.

This work continued until a total of 72 windows had been installed, comprising a combination 6", 12" and 24" products all available in the standard range. The largest window is of course ideal for the thermal inspection of busbars and multiple components.

In reality the CAP product can be fully customised to suit the application and benefits to users are manifold. A window no longer needs to be round, nor is its size restricted; a crystal window by comparison becomes too fragile beyond a 4" diameter. IRISS technology reduces the number of windows required, their installation time and associated costs.

Following the installation of the IRISS CAP Series windows at London Stansted Airport, the impact on inspection time was immediate. IRISS undertook the first thermal imaging survey with the benefit of its infrared windows on 8th January this year. And it is testimony to the skill of the London Stansted Airport maintenance team that only two minor faults were discovered. Given the scale of the operation this is a considerable achievement.

"It took just five hours to complete the job in daylight hours. That also included walking from one substation to the next and coffee breaks!" David Potter confirmed. "Previously it would take us two nights to inspect just one panel. Now there's no need for isolations or back feed and our engineers' safety is completely assured. A single thermographer with a thermal imaging camera and without PPE can do everything."

The resultant thermal inspection report from IRISS provided a comprehensive snap shot of the health of the entire low voltage network at London Stansted Airport. David Potter added: "I now have the thermal performance of each system printed out in this report and, for the first time, a benchmark on which to base future thermal inspections. Previously, it would have taken us a couple of years to inspect the whole complete network and even then we had no idea what was happening under load."

"All we could say is that everything had been thoroughly inspected. Now we can see the live circuits and cables and the temperature rise on busbars," he continued. "This means we are able to apply trends to every system. In short, I now know the terminal is truly safe and that's a big tick against my list. I'm really sold on this technology."

A Powerful Case for Infrared Windows

SEE WHAT YOU’VE BEEN MISSING!

A Powerful Case for Infrared Windows

Automation, Industry 4.0, Sensor Technology, Test & Measurement, Covid-19
The health crisis forced many event organizers to postpone or cancel their shows. In the trade industry, the shifts have been significant. Here you find an updated list of major trade events that were postponed or cancelled
Read more