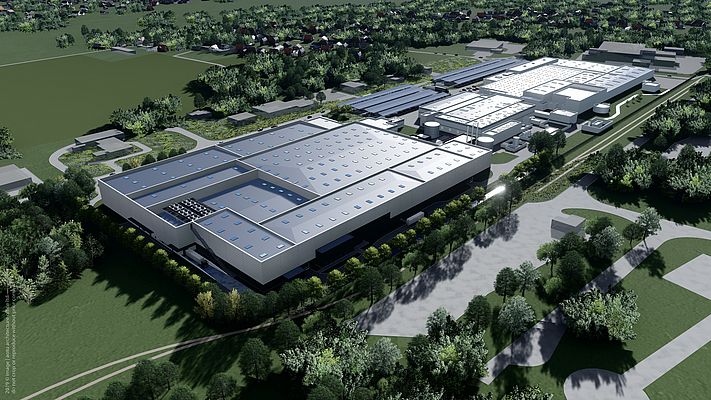 Total, through its affiliate Saft, and Groupe PSA through its affiliate Opel, announced their plan to combine their know-how to develop EV battery manufacturing activity in Europe. It happened during French President Emmanuel Macron’s visit to the Saft Nersac plant near Angoulême, in the Nouvelle-Aquitaine region. The partners intend to establish a joint venture named Automotive Cell Company (ACC).

The project will leverage cutting-edge R&D, notably provided by Saft, in order to produce EV batteries starting in 2023. The technology used will offer the highest level of energy performance, both in terms of range and charging time, and a lower carbon footprint than that of the competition, setting a new standard in Europe.

The first phase of the project focuses on R&D, including building a pilot plant on the land of Saft’s Nersac facility. The plant is scheduled to start up in mid-2021 and represents an investment of 200 million euro. The project will generate around 200 high-skilledjobs in France’s Nouvelle-Aquitaine region to develop, qualify and commercially scale up new, high-performance lithium-ion batteries.

This first phase will trigger the investment decision for a large-scale production plant (8 GWh initially, rising to 24 GWh later on) in the northern Hauts-de-France region, followed by a second one of equal capacity in Germany, in order to reach 48 GWh of combined capacity by 2030. That would represent production of one million batteries a year, or around 10-15% of the European market. Ultimately, nearly €5 billion will be required to complete this ambitious program.

Total and Groupe PSA acknowledge the support of French, German and European Union authorities for the project, expected to receive nearly €1.3 billion in public funding during its development in the frame of the Important Projects of Common European Interest (IPCEI) initiative authorized by the European Commission.

The Automotive Cell Company (ACC) will be a 50-50 Saft and Groupe PSA/Opel joint venture for the pilot production line. During the commercial production phase, Saft’s share in ACC will decline to 33%.

In 2019, the European Union set ambitious, binding targets to quickly expand the sale of electric vehicles. The European market for automotive batteries is estimated to reach around 400 GWh in 2030, or 15 times current needs, corresponding to more than seven million electric vehicles. European automakers therefore need to plan their battery supply strategy, since batteries represent more than a third of an electric vehicle’s added value. The project’s implementation is contingent on securing the approvals of the relevant antitrust authorities.

The Pride of Being a Green-oriented Company

Energy Efficiency
Eric Alström, President of Danfoss Power Solutions, proudly tells about the increasingly environmental-friendly measures and solutions the company has adopted and developed over the years
Read more

On the Road to Energy Sustainability