PCE Instruments' mobile thermal imaging cameras are designed for machinery and technical equipment as well as for quick and non-destructive inspections of buildings. Regardless of the season, they can be used to find thermal bridges, possible moisture penetration in building components or to locate supply lines and building components in the wall or ceiling structure. The measurement takes only a few seconds and the thermal imager allows direct measurements in hard-to-reach areas. The higher the thermal resolution and the number of pixels of the infrared image, the more detailed the temperature differences can be on the screen. If the infrared images are not informative enough, the measurement can be repeated as often as desired at the same location, for example after a natural or forced temperature change due to cooling or heating.

In addition to the infrared camera, PCE's mobile thermal cameras are also equipped with a regular camera. This makes it possible to superimpose the ordinary and infrared images on several levels, thus simplifying the distribution of the areas of interest on the thermal image, especially for images of components with additional recorded elements. This avoids misinterpretation of surfaces with different emissivity.

Different color scales can be selected to represent temperature differences

The active color scale is displayed as a legend next to the thermal image, allowing quick identification of the areas with the highest temperatures. Thermal cameras can also save the images displayed on the screen so that they can be transferred to a PC and shared. Wet materials conduct heat better than dry ones and cool by evaporation, allowing thermal imaging cameras to quickly and non-destructively identify areas of increased moisture. Areas that are clearly distinguishable from their surroundings by their color in the thermal image should be inspected more closely.

Thermal image temperatures may deviate from actual surface temperatures for a variety of reasons. However, infrared images from thermal imaging cameras such as the PCE-TC 33N and PCE-TC 30N can be used to easily and quickly detect not only thermal bridges and moisture penetration, but also to make hidden water, heating, and ventilation lines, substructures, and material changes visible. 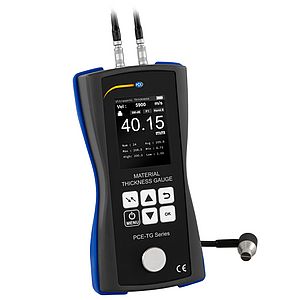 Material Thickness Gauge for Measuring Thicknesses of up to 300 mm 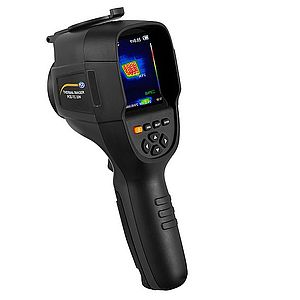 Suitable for indoor and outdoor applications 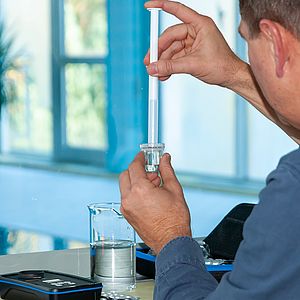 Whether looking for a compact, pocket, portable, handheld or tabletop pH Meter/pH Tester, this application story will show you how testing soil pH, water pH, food pH can be done more quickly, easily and accurately with a digital pH Meter/pH Tester

Ventilation on Demand with CO2 Analyzers 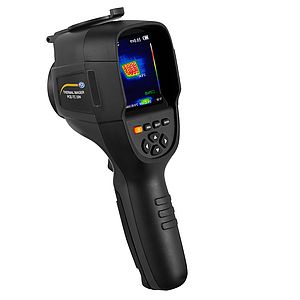