Schaeffler subsidiary has appointed Mr. Jon Everett to steer the company through the next important phase of its growth plans 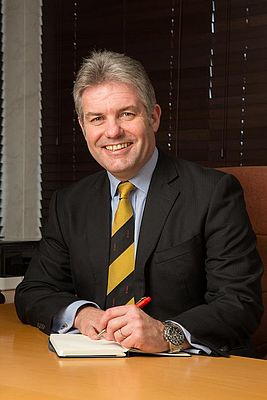 Barden Corporation UK appoints Jon Everett as new Managing Director. He takes over leadership from former Managing Director, Mr Ian Burnage. Jon’s leadership commences at a critical time as he will steer the company through the next important phase of its ambitious growth plans, which include developing new business in the global aerospace market.

As part of the super precision division of leading automotive and industrial supplier Schaeffler, The Barden Corporation (UK) specialises in the design and manufacture of high precision rolling bearings and integrated bearing assemblies for complex or critical applications in industries such as the aerospace, defence, medical and high performance pump sectors. Bearings for this sector have to withstand harsh conditions: extreme temperatures, demanding load profiles and high speeds and can be custom engineered for specific applications.