We interviewed the customer who had installed Yamaha robots in his production line. In this article, you will find tips that may provide solutions to common problems, and a selection of linear conveyors that defy conventional production wisdom

Short product life cycles call for device manufacturing facilities to be flexible. Firm A was dealing with the request for shortening delivery time from their customer.

In order to deal with the issues encountered, it is key to:

Shortening the takt time was the biggest issue for Firm A that assembles the electronics parts and devices for smartphones and tablet terminals. Whereas the number of products put on the market was somehow decreasing, every single manufacturer tried to be the first to market their products for the next season. Naturally, such fierce competition affected the device manufacturer of Firm A.

"To fulfill the delivery demanded by the customer, we had to shorten the takt time by two seconds or more. The voice from the shop floor said ‘What should we do more? Have we not gone to the limit?’", recalled Mr. M, who was in charge of this task. The firm not only reviewed the production processes but also added more lines to cope with a large and varied production. Thus, having responded to many requests, there was a kind of a ‘give up’ feeling in the firm.

Fulfilling the delivery was the target. But the more we tried to increase the tray feed speed, the more it turned out as a waste of time.
Giving it up was not an option. The project team newly formed with Mr. M as the leader started verification operations, closing in on reduction of the transport process.

The project team first took a look at the tray feed speed of the conveyor. Being unable to adjust the speed, the impact of hitting the stopper was excessive, and it caused losses such as a workpiece to get displaced and a pallet to get damaged. To rectify such problems, however, they fell into a vicious cycle in which they had to stop the line, which further degraded the production efficiency.

The production system was not working smoothly, either. Repeated layout changes and addition of lines left no more space for an additional line. Setup changes took too many working hours to fit a small lot production.

"Shortening takt time was far more difficult than I had expected." Said Mr. M. The project team wasn’t able to go anywhere without a solution.

How to get to the solution:

A slider moving in both directions suggests possible opportunities of linear drive. When Mr. M’s project team was gathering information, they came across Yamaha’s Linear Conveyor Module LCM100, finding it on YouTube. "Simply surprising! That was the first impression.’’ Mr. M commented.

Conventional transport was only in one direction. The motion video, however, showed a slider moving in both directions on the conveyor. Firm A contacted Yamaha to collect more detailed information.

The most significant features of the LCM100 was high speed, and high accuracy motion. A single module contained a linear motor, a slider, and a controller. The servo controlling each slider stops it smoothly at the exact position without hitting the stopper. This could shorten the feed time.
A test operation shortened the takt time by 1.5 seconds! Now, the 2-second barrier seemed a little bit shorter. The easy-to-install feature was attractive as a mid to long term capital investment. The layout changes were smooth. All it was required to do was increasing or decreasing the number of modules to deal with the line length. Eliminating necessary jigs and fixtures gave more freedom and flexibility to build the line. It would have been of more help to deal with high-varied, low-volume production which Firm A was not good at so far. Firm A decided to go through a test that, if passed, led to introduction.

The test went smoothly as Yamaha provided technical cooperation. Setting the target of shortening the takt time by 2 seconds from 6 to 4 seconds, the test actually shortened the time by 1.5 seconds. Mr. M’s project team decided to introduce the system in the line that would have manufactured the products for the next season. As further improvements have been carried out with Yamaha support, clearing the 2-second barrier seems just a matter of time.

"Although we have not reached the 2-second barrier yet, the entire team feels definitely positive with the achievement so far. We think that we successfully responded to the customer’s demand." added, smiling, Mr. M.

The "LCM100" is next generation transport equipment that provides solutions to issues and problems that customers have on manufacturing floors such as useless things, time wasting events, cost reduction, productivity improvement, and better quality. With a variety of features such as high speed transport, smooth deceleration to a stop, direct positioning, and enabling operators to do the jobs on the sliders, the "LCM100" gets rid of unnecessarily wasteful events and elements among processes to improve the productivity. 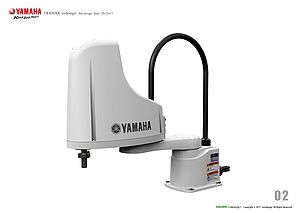 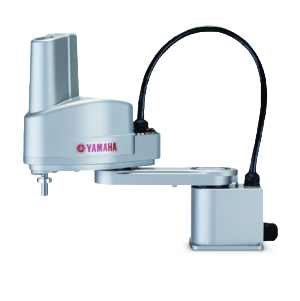 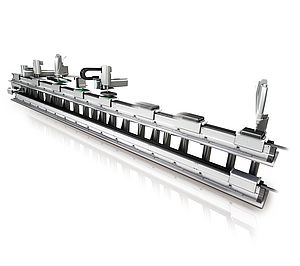 Made to work together in a single system 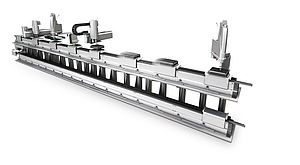 Shortening Equipment Startup Time to Half

We interviewed the customer who installed Yamaha robots in its production line. In this article, you will find tips that may provide solutions to common problems, and a brand-new idea that replaces index tables 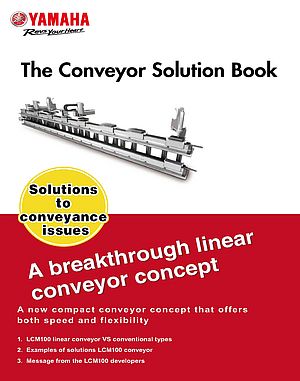 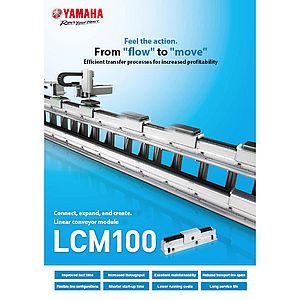 Made to work together in a single system

Shortening Equipment Startup Time to Half

We interviewed the customer who installed Yamaha robots in its production line. In this article, you will find tips that may provide solutions to common problems, and a brand-new idea that replaces index tables 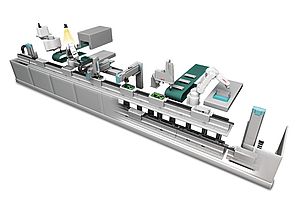 We interviewed the customer who had installed Yamaha robots in his production line. In this article, you will find tips that may provide solutions to common problems, and a selection of linear conveyors that defy conventional production wisdom