Hamilton Medical and Schurter are linked by a longstanding partnership. In addition to the complete control units for their modular Hamilton G5 ventilator, Schurter also supplies components for devices such as the Microlab STAR series. 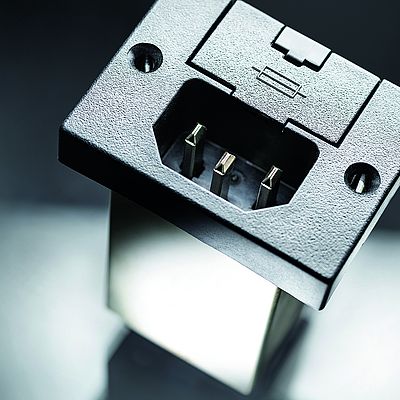 Accurately analysed in the times of COVID-19, all our daily lives depend on decisions made by politicians. They make these decisions with the collaboration of scientists, among others, who interpret and analyse figures and studies. An accurate analysis is therefore a mandatory starting point.

For more than half a year, one topic has dominated the media and our everyday lives: COVID-19. Every day, case numbers are reported, published, and interpreted. Lockdown? Open schools? Mandatory wearing of masks? Politicians have to make these difficult decisions, which are existential for some people. Epidemiologists, virologists, doctors, but also economists, lobbyists and many others are at their side to advise them. The interests of the individual parties are often irreconcilable. Nevertheless: Decisions must be made. A very important point in the decision-making process is the number of cases of newly infected persons. These figures must be correct. The manufacturers of the laboratory equipment that prepares and analyses the samples of the potentially infected are largely responsible for the correctness of these figures. Hamilton Medical is one of these manufacturers.

The Swiss manufacturer of top-quality medical equipment, Hamilton Medical, from Bonaduz in the canton of Grisons, and Schurter are linked by a longstanding partnership. In addition to the complete control units for their modular Hamilton G5 ventilator, Schurter also supplies components for devices such as the Microlab STAR series.

Hamilton describes its Microlab STAR as an "automated liquid handling platform". Just like the G5 ventilator, it is also modular in design. This means that it can be modified and/or upgraded during its entire service life to adapt to new workflows. Hamilton's pipetting technology stands for high accuracy, precision and repeatability from the sub-microlitre range to large volumes.

The contribution of Schurter

In order to ensure that the Microlab STAR functions correctly, it is equipped with a Power Entry Module (PEM) at the mains input. Schurter can look back on a long tradition in the development of PEMs. The range of models offered is correspondingly wide. The benefits of these versatile modules quickly become apparent when you consider the range of possible features: IEC appliance plug, fuse drawer with fuse, EMC filter, illuminated or non-illuminated mains switch, appliance circuit breaker etc. etc. Almost any device protection function can be accommodated in these compact modules. The Microlab STAR features such a power entry module. Hamilton has opted for a version that has been precisely adapted to the increased requirements and standards of medical technology (IEC/UL 60601). The module installed in the Microlab STAR has a double fuse protection (two externally replaceable fuses) as well as an LC filter, which ensures compliance with electromagnetic compatibility. After all, the Microlab STAR should not be impaired in its function by interfering signals – generally emitted by highly clocked electronic components. Safety in medical devices always begins with the power supply. 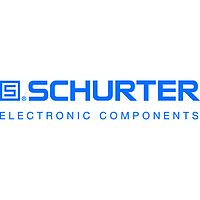 Electronics & Electricity
When care is taken during the charging process, the battery life and safety can be significantly increased
Read more

A Touch of Magic

Electronics & Electricity
We have known and used mechanical switches and push buttons since childhood. A clear pressure point, a saturated clicking sound when actuated. We are used to this. But there are other ways, almost magical: A gentle touch is enough for capacitive switches.
Read more

Electronics & Electricity
Hamilton Medical and Schurter are linked by a longstanding partnership. In addition to the complete control units for their modular Hamilton G5 ventilator, Schurter also supplies components for devices such as the Microlab STAR series.
Read more