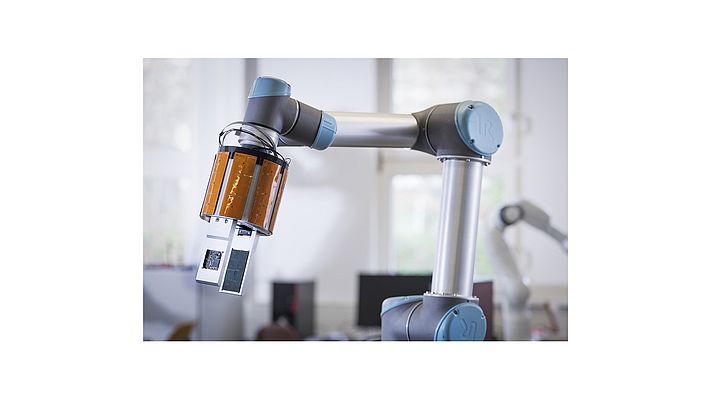 KIT researchers have developed multimodal sensors that detect both simultaneously and, thus, ideally complement optical systems, such as cameras. With such capacitive tactile proximity sensors (CTPS), flexibility and agility of automated industrial production can be increased considerably, safety is enhanced.
Intelligent robots perceive their environment and react to it. For this, they need sensors that simultaneously detect different physical events. However, sensors that have been applied in arms and grippers of robots so far are mostly limited to one function: They perceive movements either by an approaching object or by contact in the form of pressure.

The sensors are able to detect approaching persons even when cameras are hidden or affected by unfavorable light conditions. As soon as a predefined safety distance is exceeded, they trigger warnings or reduce the speed of the robot. Hence, the CTPS can make an important contribution to safe human-robot collaboration when humans and robots work on the same workpiece at the same time.

The multimodal sensor technology for industrial robots was presented at the Highlight Tour for the media on April 22th.