With 22Nm and 200Nm transducers

Development and qualification testing of three flap system actuators for the eagerly awaited new Falcon 7X business jet is being performed on a test rig designed and built by Comar Engineering in Wolverhampton and incorporating a non-contact torque transducer.

The whole Falcon 7X project is packed with innovation, from the virtual design techniques used in the early stages that compressed the development time to a level totally unexpected in the aviation industry, through to the choice of electric actuators rather than hydraulic for driving the flight control surfaces. It will be the world’s first fly-by-wire business jet, offering the pilots benefits previously only enjoyed in fighter jets such as precise flight path control and automatic trim adjustments during configuration changes. Carrying up to 19 passengers it is a long range aircraft that can operate from modest airfield; as such it could help to change the face of business travel in the coming decades.

One of the key reasons for selecting TorqSense transducers for the test rig was that they do not need to be physically connected to the test piece via a complicated set of slip rings which would be time consuming to assemble and dismantle between each test sequence.

In effect a TorqSense transducer is a frequency dependent strain gauge operating at ultrasound frequencies and consists of a piezoelectric comb mounted on the test shaft to monitors variations in its resonance frequency as the torsional load varies. An RF (radio frequency) link is used for wireless transmission of signals to an adjacent pick up so that rotation is unhindered.

Each flap system consists of a power drive unit (PDU) and four actuators all of which are linked together via transmission shafts and gearboxes, these units are operated via the slat/flap airbrake control unit. The flap actuators are ballscrews and are configured so that the screw translates through a jackhead into a linear motion.

When the flap system is commanded the PDU applies a torque to the actuator input via the transmission shafting, the rotational input is converted into a lateral movement of the screw and thus the flap surface. The actuator can be commanded to extend and retract to 4 different positions: zero, 7 degrees, 20 degrees and 40 degrees. As the actuator extends a compressive load is applied as a result of the aerodynamic load on the flap surface increasing, this translates into varying torque levels.

Comar’s test rig is designed to apply simulated conditions of load profiles via the computer operated system. Each actuator is tested with a servo hydraulic motor input drive in closed loop control of position against torque which is monitored using the smaller 22Nm TorqSense; the load to the ballscrew lateral motion is applied via a servo cylinder again in closed loop control of position against load.

Like all aircraft components, the Falcon 7X flap systems were subjected to rigorous and repeating test regimes during their development, and similar tests will be rerun throughout their operating life. The use of a non-contact transducer therefore saves considerable time over the lifecycle of the Falcon 7X. 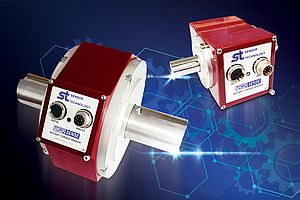 Sensor Technology has expanded its new range of non-contact torque sensors up too 13,000Nm 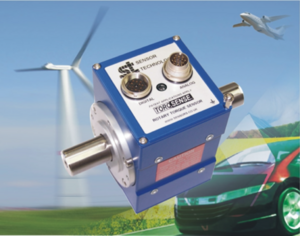 For non-contact monitoring of torques 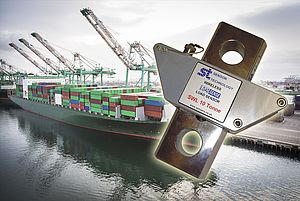 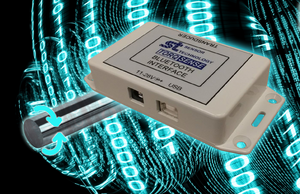 With no physical connection between shaft and sensor 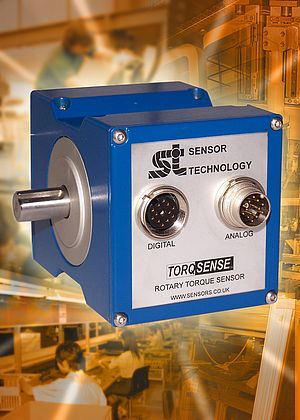 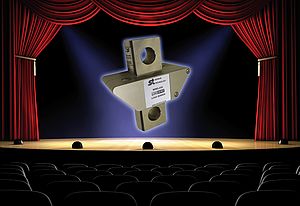 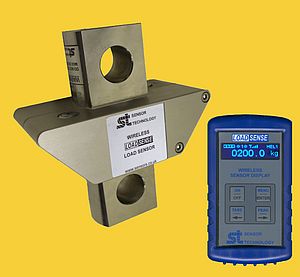 can be calibrated over the range 1 to 10 tons 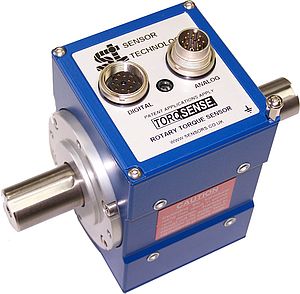 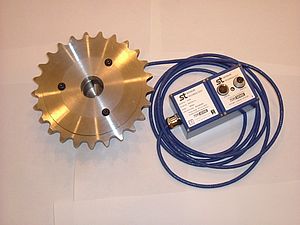 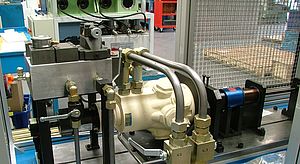 With 22Nm and 200Nm transducers