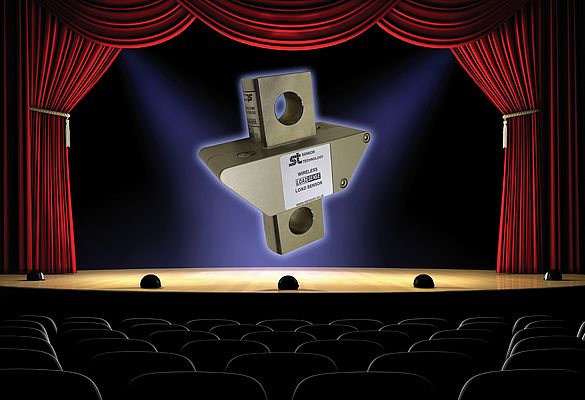 With theatres striving to create breath-taking spectacles and leave the audience, there is often world-class engineering behind the scenes to ensure safety when performers and heavy machinery share the same space.

If live theatre is to compete with film and television, it has to produce visual spectacles to complement the performance of the actors, singers and musicians on stage. Hollywood’s increasing reliance on CGI (computer generated imagery) has upped the ante for stage set designers, who have to work before a live audience, in restricted space and with a constant eye on the safety of the many people working frantically round the set.

Many stage props and almost all of the backdrops are lowered onto the stage from the fly tower just behind it. Usually this is done quickly between scenes, but sometimes it is during - and as part of - the actual performance. Either way, safety and reliability are essential.

“Until recently, the sets were manually controlled with a technical stage manager watching everything from the wings and giving instructions by radio to the winch operators above.” explains Tony Ingham of Sensor Technology who is helping to introduce safety systems and automation to the theatre industry. Speed is of the essence during scene changes, but you have to be confident the winches won’t fail – which could easily damage the set or injure a person.”

This can be achieved by using real-time load signals from each winch. The data is monitored by a computer in the control room so that instant action can be taken if any loads move out of tolerance.

“We developed the load cells, which we have called LoadSense, a couple of years ago, originally for monitoring cargo nets carried under helicopters.” says Tony. “We were asked to develop one specific capability within the cell and were delighted to do so because we could see that the technology would transfer to many other fields – although I didn’t realise it would get to be a backstage pass to a world of greasepaint and legwarmers!

That critical characteristic was robust, industrial-grade wireless communications, each LoadSense has an on-board radio frequency transmitter which sends signals to the control room computer. The transmitter has to be physically robust to cope with the environment it finds itself in and capable of maintaining its signal integrity through the most corrupting of harmonic conditions.

“By working in real time, we can act instantly to any problems. For instance, if a load starts running too fast we would slow it down immediately. If a prop is heavier than expected this could suggest someone was standing on it so it shouldn’t be whizzed 15 metres into the air at high speed. In fact, in this case, the computer ‘jiggles’ the load for a second or two as a warning to encourage the person to step away: If the load then returns to normal we are happy to let it rise; if it doesn’t, the floor manager is alerted by an alarm to check the situation.”

LoadSense is proving so sensitive that it can provide a feedback signal to close the control loop on a vector drive controlling the winch. Normally theatre engineers use sensorless vector drives, which offer good dynamic performance without the complications of wiring in a feedback sensor.

“Not that many years ago, stage scenery was fairly static, being moved only during the interval when the curtains were closed,” Tony recalls. “Then the big theatres in the West End and on Broadway started to emulate some of the things you see in the movies. Looking back, those early efforts were pretty crude, but you would say the same about long-running film franchises such as James Bond or Indiana Jones.”

“Nowadays, film directors can produce their spectacular images using CGI, and this has upped the ante no end for their cousins in live theatre. The computer power they turn to is not virtual reality but industrial automation.”

In fact, theatre engineers probably work in more demanding conditions than manufacturing engineers. Everything has to be right on the night, harmonic corruption is at stratospheric levels, there can be major changes at a moments notice, people run through the ‘machinery’ without a thought for personal safety.

“But with automation some order is brought to this creative chaos. In fact, the health and safety inspectors now insist on it, with lots of failsafes and feedbacks. I honestly don’t think theatre engineers would be able to achieve half of what they do without wireless communications. There would be just too many wires running all over the place and inevitably some would get broken at the most inopportune of moments.”

Automation
With no physical connection between shaft and sensor
Read more