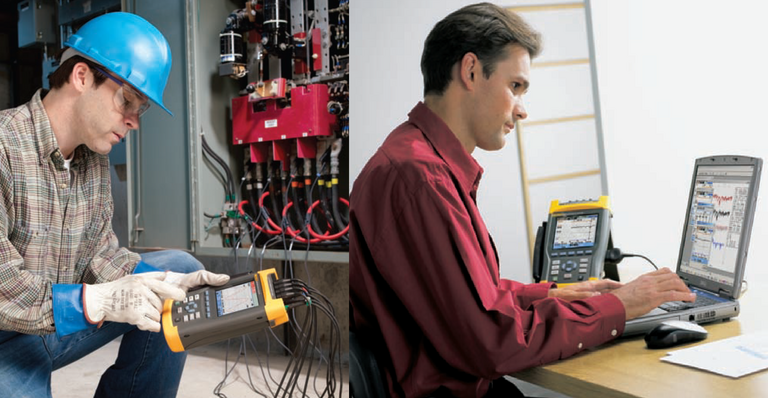 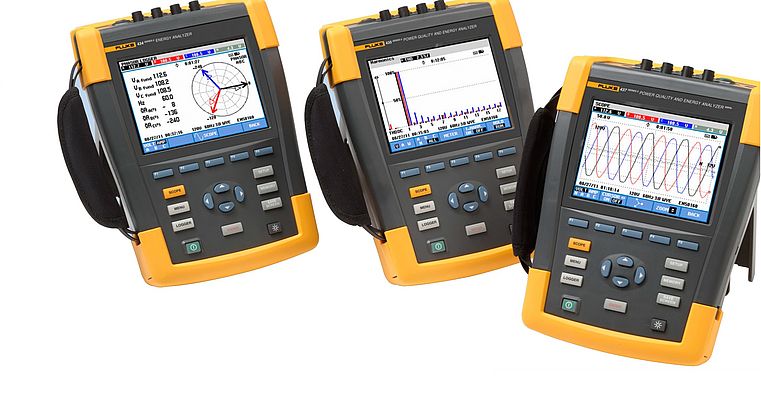 Power quality analysis is now a recognised part of modern energy auditing and continues to advance at a rapid pace as our society becomes increasingly dependent on the delivery of large amounts of electrical energy and generation of power is through decentralized renewable energy sources which are not available 100% of the time. Through this practice, steps can be taken to ensure that the electrical systems of sites which have high power consumption levels (such as industrial processing plants, manufacturing facilities, hospitals, residential buildings, campuses of education establishments, etc.) are functioning correctly and their running costs are kept as low as possible - something that is of prime importance in the current icy economic climate. The increasing quantities of data that need to be acquired and processed by operatives involved in such analysis means that ever more sophisticated test equipment is being called for.

Over the last fifteen years the purpose of power quality analysis has evolved. Legislation and industry guidelines, such as the EN5160 standard, put in place back in the early 1990s, forced utility companies to maintain the quality of the electricity they supplied at an acceptable level. Then in the following years a series of further standards were introduced by the International Electro-technical Commission (such as IEC61000-4-30, IEC61000-4-15 and IEC61000-4-7) which defined the exact test techniques that needed to be used for power quality measurements, so that there was no ambiguity. Until this stage, operatives could acquire quite different outcomes depending on how the test process had been conducted. It was not until around the 2007/2008 timeframe that we started to see power quality analysis in its current form, as companies no longer just wanted to check the characteristics of the power being supplied by their utility, but also started to analyse how efficient their own electrical systems were and look to locate any sources of waste due to poor power quality.

By conducting comprehensive power quality analysis, it is now possible to recognize changes in the system and apply improvements/corrections to the system to maintain the operational efficiency of generators, transformers and transmission infrastructure, as well ensuring long-term reliability. The time period between carrying out maintenance work can be extended and costly downtime due to power failures can be safeguarded against.

There are a number of different circumstances that will lead to power quality problems and or electrical energy waste - these include harmonic distortions, load imbalances, voltage fluctuations, supply interruptions and reactive loads. By addressing each of them it is possible for companies to have a more reliable supply and implement more efficient, better balanced systems and significantly reduce their overheads as a result.

Ideally electrical energy should be transferred and utilized in such a way that minimal losses occur during transportation and all energy is used as efficient as possible. In a three-phase AC system this is achieved by assuring that both voltage and current wave shapes are a pure sine wave, and that there is no phase shift between voltage and current. If this condition is not met, losses will occur somewhere in the system as energy is not used as efficient as possible.

Originally handheld power quality analysis tools for troubleshooting were all single-phase, as the semiconductor technology utilised simply could not cope with the fast Fourier transforms that multi-phase operation would call for. Three-phase devices eventually followed as more highly integrated chips came to market. The new breed of analysers now emerging has a great deal more features and functionality than their forebears. This has meant that longer waveforms and a larger number of parameters can be scrutinised.

Fluke's 434-II and 435-II each represent the latest generation of power quality analysers. Compliant with the IEC61000-4- 30 Class A (435-II) and IEC61000-4-30 Class S (434-II) standard, they have the capability to locate, predict, prevent and troubleshoot problems in both three-phase and single-phase electrical systems. As a result more comprehensive power analysis can be undertaken without excessive time and human resources having to be expended on such activities. The automatic event capture feature available on the Fluke 435-II means that every time an event or voltage distortion is detected, these instruments trigger and automatically store voltage and current waveforms on all three phases plus neutral. The instruments will also trigger when a certain current level is exceeded. Up to 999 dips, swells, interruptions and transients can be captured in this way, automatically without the need for extensive setup. The monitor function has a dashboard display of root mean square (RMS) voltage, harmonics, flicker, interruptions, rapid voltage changes, swells, unbalance, frequency and mains signalling are updated live, showing compliance of each parameter to EN50160 limits. Colour-coded bars clearly show which parameters are inside or outside limits.

Quantifying the costs of energy loss

The financial impact that a company/organisation can be exposed to through poor power quality can be categorised in a number ways; it can be downtime of a processing plant or manufacturing facility, thereby reducing productivity levels. Alternatively it can be the costs involved in replacing electrical equipment that's had its operational lifespan shortened. Most notably it can be in the increased operational expense of utilising inefficient electrical systems.

Fluke developed its proprietary Unified Power Measurement (UPM) algorithm, incorporated into its 430 series, in order to be able to quantify the cost of energy loss resulting from power quality issues. The calculations are computed, along with other facility-specific information, so that losses occurring through wasted energy can be accurately monetised. This function allows active and reactive power measurements to be taken, so that unbalance and harmonic power issues present in the system can be examined and the fiscal costs involved determined.

Increasing the power frequency to 400 Hz, means that transformers and motors can be much smaller and lighter than those operating at 50 or 60 Hz. This can be of great advantage for space-constrained designs, in avionics and military applications, as well as in other compact systems.

The Fluke 437-II portable energy analyser model captures power quality measurements for these types of systems as well as those for 50/60 Hz and addresses the migration to higher frequency levels. Sister to the 434-II and 435-II, this unit is highly suited for use in aerospace, defence and other space-constrained mission critical applications, it allows up to 150 power quality parameters to be displayed simultaneously on screen and can record these parameters with 0.25s interval time on the built-in SD card.

All three of the 430 series handheld energy analysers are available to rent through Livingston's European-wide supply chain. This allows companies to gain access to cutting edge power analysis tools without needing to make heavy upfront capital investment, as well as giving them flexibility to alter the specified model if needed, or to increase/decrease the number of items being utilised at any stage to satisfy demand.