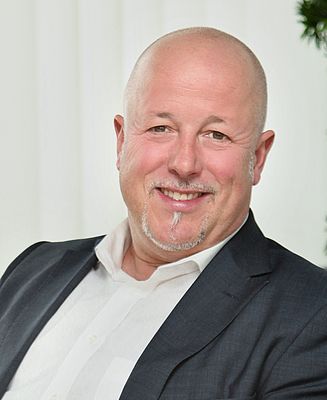 IEN Europe: What are the main challenges when talking about digitalization? How to limit the side effects of the digital adoption?

H. Pütz:  Using IT effectively can provide a huge competitive advantage in manufacturing. It also creates new challenges: from system compatibility to data security and potential system maintenance costs. The most recent solutions meeting these challenges are based on Edge computing, which can provide the answer by bridging the gap between IT systems and factory automation equipment. Edge devices can collect and analyze data from neighbouring automation systems, and quickly make decisions to influence the production process. It’s also easier to protect such systems from cyber-attacks because the data is processed locally, the core system intelligence in this case doesn’t leave the factory premises. On the other hand, Edge computing systems can be easily interconnected with cloud services to provide scalable data storage and management solutions. In this way users have all the benefits of IT systems, without storage issues or being influenced by potential threats. At Mitsubishi Electric we believe that the partnerships between automation and IT suppliers, as well as various intelligent device makers, are a key to achieving success in digital transformation.

IEN Europe: How much is digitalization part of your company’s strategy and why?

H. Pütz: Digitalization is a basic part of our factory automation business and has been since the very beginning. In 2003 we established the e-F@ctory Alliance to ensure the process of digitalization was made more open and inclusive. Mitsubishi Electric operates this network to support innovation and technology sharing, it is an integral part of our e-F@ctory approach to managing digital transformation. The global network includes manufacturers of industrial components as well as specialized system integrators and software providers. It became obvious to us that the IT layer in particular was gaining much more importance when the industry 4.0 initiative was launched. We realized that information technology (IT) and operational technology (OT) needed to talk to each other in order for manufacturing companies to change and benefit. To apply the principles of digitalization, it’s fundamental to connect all departments – Logistics, Production, Accounting, Finance, Sales, Marketing, R&D. This way, they can have access to the information which is being made available. The function of digitalization is to put all this information in a central data resource so all business functions can draw from it.

H. Pütz: Definitely digital thread for us, based on the advice and technology solutions we supply to our customers. Digitalization enables a comprehensive digital representation of a device. This information can be reused for many scenarios throughout its lifecycle; from system integration through to effective predictive maintenance.

The principle applies to components such as inverters, robots or whole machines. It also allows operators to carry-out continuous improvement, optimising equipment by identifying which device - a motor or servo amplifier for example - is performing at its best. In summary, the value provided will allow a manufacturing company to gain a cost advantage for the goods it produces, making it more competitive in its respective market.

IEN Europe: What’s the role of IoT in today’s factory? Why is it so important to undertake the digital transition?

H. Pütz: The role of IoT in today’s factory is to connect customer demand to a fast and flexible production facility. Once a purchase decision is made then any increase in the speed of response from the manufacturer is a competitive advantage. If the IoT offers us one thing, then it is the ability to define customer demand instantly and adapt production to suit.

Companies that can be flexible enough to move away from large batch production can also avoid the cost of large stock holding, both at the manufacturer and throughout the distribution chain. Customisation is already a unique selling point for a large number of consumer goods. Industrial component design is following suit, with modularity and multiple build options being designed into many new products.

Customisation equals profitability in both cases. The transfer of data from a sales operation to a manufacturing site, out to the suppliers and then simultaneously back to the distribution and retail network is the key to responsive, flexible manufacturing. To achieve ‘batch size one’ profitably and efficiently we must have the connectivity that IoT offers.

The ability to generate, record, transfer and process a large amount of data reliably and efficiently has other benefits. It enables a higher degree of traceability for example, serialisation is already essential for many food, pharmaceutical and consumer products. It is also vital for many safety critical engineering tasks in aviation, power generation and high-performance vehicles.

''Today, Robots Can Collaborate not only with People but also with Processes''

Artificial Intelligence, Industry 4.0
Discover or re-watch one of our webinars that aired during AI Convention 2020: "From sampling to continuous flow analysis: challenges and opportunities of blockchain technology" by Matthieu Hug, CEO, Tilkal. Videos and presentations are available.
Read more
Request information