In December 2019, I embarked on a simulated astronaut mission in Hawai’i. The EMMIHS-II mission is a collaboration between the European Space Agency (ESA) funded Euro Moon Mars Initiative (EMM), the International Lunar Exploration Working Group (ILEWG) and the International Moon Base Alliance (IMA). It took place at the renowned Hawai'i Space Exploration Analog and Simulation (HI-SEAS) habitat. For two weeks, our international crew of astronauts lived, worked and researched in this habitat just like astronauts on the moon.

In addition to being completely isolated from ‘Earth’, the simulation included eating food made from freeze-dried ingredients, leaving the habitat only on approved extravehicular activities (EVA) while wearing spacesuits with integrated life support systems, and being restricted to eight minutes of shower time per week – all while conducting scientific experiments.

As a crew engineer, I was responsible for fixing anything that broke in the habitat and maintaining all technical equipment. However, I also brought my own research to the base, one of which was a collaborative project with MakerBot to investigate how 3D printing could be used to improve life on a moonbase. I decided to test the MakerBot METHOD 3D printer and its reliability on a space mission. Our crew of six tested various operations, ranging from medical procedures to aspects of habitability and astronaut performance. The simulation was set in an isolated, confined and extreme environment to recreate the harsh milieu of an extra-terrestrial destination, such as the moon.

Replicating replacement parts, engineering tools, and a home away from home

In the HI-SEAS habitat’s engineering bay – in between spacesuits, life support systems and all kinds of technical tools – METHOD found its temporary home on the moon.

The METHOD platform was tested and implemented as a tool for printing any necessary replacement parts or missing appliances, such as drone propeller holders and tweezers. The need for propeller holders for the mission drone was an unexpected problem that was efficiently solved in a few hours thanks to the availability of a 3D printer. Additionally, the extruder camera made it possible for the team to monitor the printer’s progress while working on other projects throughout the habitat.

On an actual space mission, the success can stand or fall on the ability to quickly solve problems and adapt to unexpected situations. Even the failure of a small, nondescript part can heavily impact the situation, as the receival of a replacement part would be completely dependent on a resupply mission launched from Earth. For a mission on the Moon, this journey would take several days; on Mars, it would take several months at best. With the possibility to design and print replacement parts, this dependency on resupply missions would be much improved.

Being able to 3D print objects on space missions would also allow us a certain flexibility in our solution-finding processes. Situations and conditions on a space or analogue mission always vary to some extent from what was expected during the planning process. This can have a big impact on envisaged scientific experiments or even make it impossible to conduct them. Having direct access to a 3D printer would allow the crew to redesign and manufacture tools adapted to the new situation with relatively little effort.

The second part of the experiment was spent on trying to improve the human factors inside the habitat. Human factors address the interaction of humans with systems, equipment and facilities. It is integral to any space mission for humans to be able to safely perform in the given environment – from physical and psychological points of view. This can be challenging particularly on long duration missions and, thus, is a vital part in mission design.

A 3D printer can help improve human factors on several levels. For example, the livability inside an extra-terrestrial habitat can be greatly enhanced with the possibility to manufacture objects and items adapted to personal habitability needs. It could allow the crew to personalize their workspace and sleeping quarters and make visual changes in the interior design during long-term missions. Such adaptations to confined quarters can greatly boost the crew morale and even prevent psychological burnout.

Astronauts can only bring very few personal items on a mission, in order to limit the payload that has to be sent into space. These items have to be pre-selected on Earth. However, such objects are indispensable for manned space exploration, as they greatly contribute to the astronauts’ mental health and psychosocial balance – and thus can improve the crew’s productivity. Especially on isolated missions, far away from Earth, personal items are important to keep the crew mentally connected to home.

While not originally intended for personal items, having METHOD in the simulation allowed the team to print items that they would not have been allowed to bring on the actual mission. The availability of a 3D printer provided them with a reprieve from the harsh realities of being away from their homes and loved ones. It introduced new variety to the leisure time activities inside the habitat, as games or similar items were able to be manufactured on demand.

Each of us printed a personal object for recreational or decorative purposes. Creating a sense of home and comfort inside space habitats is an important goal in space architectural designs – it affects mental health and crew cohesion, as well as productivity and morale. Being able to recreate traditions from Earth, like Christmas or other seasonal holidays, helps stay connected with home and relieve feelings of homesickness and monotony. Furthermore, the common activity of selecting potential items was an important event of crew bonding. This break from scientific work and daily routines turned out to be a much-needed reprieve.

The challenges of printing in space

The HI-SEAS habitat lies at a high altitude of 2,500 meters. Printing at such high altitudes required slight changes to the printer settings to ensure that the objects would come out just as well as they would in a standard environment. When I initially started printing with PLA, the prints came out warped or failed altogether. However, once I realized that the issue was the altitude and I adjusted the settings, the quality of the prints and the reliability of the printer improved significantly.

Additive manufacturing technology has been proven to be an important addition to space missions. It not only plays a big role in the design of future extra-terrestrial habitats, but the benefits of 3D printing have been successfully tested on the International Space Station (ISS).

The ability to manufacture part of the interior fittings on site, for example, will greatly minimize the payloads and, thus, the costs and environmental impacts of space missions. In future scenarios, on-site manufacturing could potentially be an integral part of the habitat design itself.

Access to a 3D printer bears the potential of a much greater flexibility and variety across applications, from engineering to personal objectives. 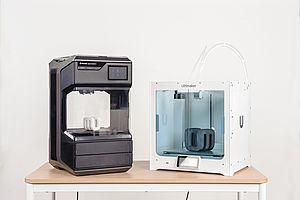 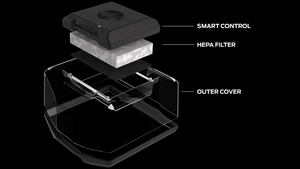 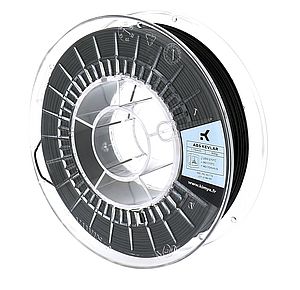 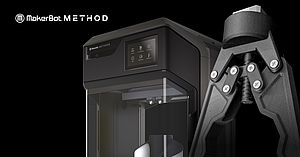 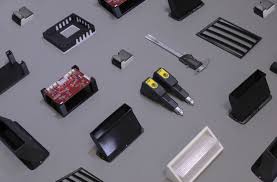 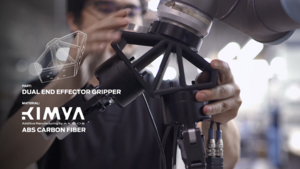 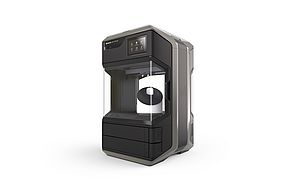 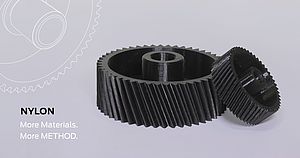 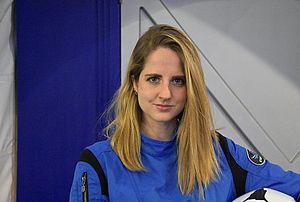