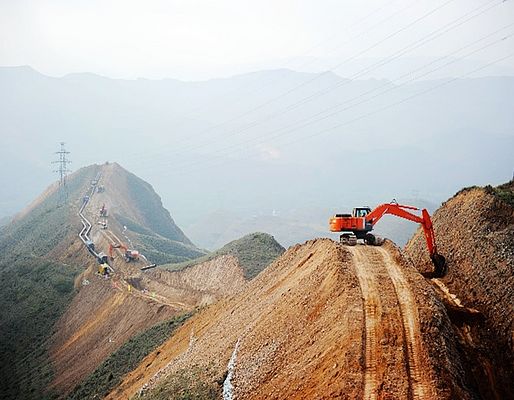 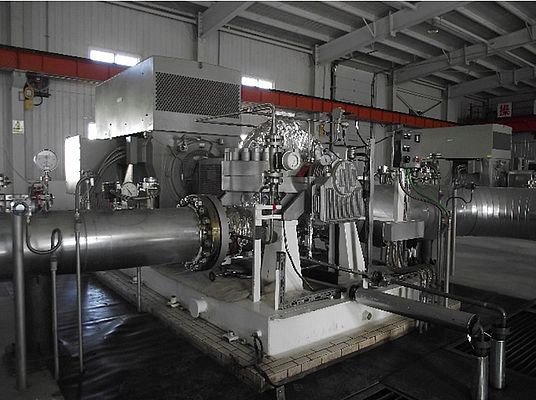 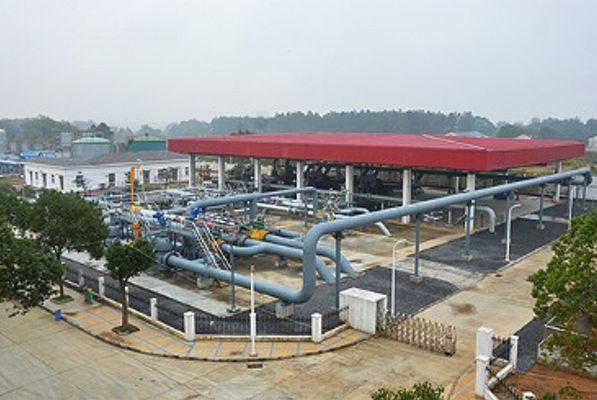 Crude oil pipelines have been realized with 10-20 stations on one line and 3-6 centrifugal pumps for each station. The crude oil pipeline to transport from Daqing oil field to refineries in northeast of China, operating since 1970 (Fig.1), had the following features:

Centrifugal pumps were driven by traditional electric motors, with constant speed and frequency (Fig.2). When the  transportation flow is steady, the advantages  are:

The initial requirements were related to an operation mode of batch transportation of crude oil delivery order. A long experience evidenced that the annual average transmission was 65% of the design capacity and under 50% during some months. The differences of oil properties (viscosity) between batch transportation of crude oil required the pump to:

Compared to the original design the need of operating  conditions with variable flow rates became more  common. The energy consumption  is  affecting  the economy of the production, associated to a shorter pump life expectation and  also MTBM (Mean Time Between Maintenance). Considering that similar plants run about 6000 hours per year the energy consumption deriving is  4.4×109 kWh, it becomes a significant impact for the operating costs. Therefore it is important for the oil companies to look for solutions to operate with a lower power consumption.

The oil transportation systems use mainly centrifugal pumps. The control of the flow rate is normally made by:

The increasing need of variable operating conditions has brought to investigate the solution like the variable speed of the motor. The first control with throttling is easier, but it can waste a significant amount of energy. By changing the motor speed, in this case by varying the frequency, it is possible to optimise the working conditions of the pump and give the capacity required at that time, with the advantages of :

Other devices also need  to be modified for a full application of the equipment and instruments for a proper operation.
The execution required:

Ten months were needed for the procurement of the material required. The activities have been carried out as long as possible with the plant running,  while in parallel dedicating resurces and efforts to carry out  the electrical parts, representing the main changes. After the whole modifications, a thorough program of measurements has been made to have the necessary results to confirm the good selection. In fact these improvements opened the door for other pipelines to further get energy and maintenance savings and thus increasing the revenues.

In this case the variable speed has been obtained with a high voltage variable frequency control system. Considering the importance of the new applications, the engineering maintenance team with the machinery suppliers, defined the methods to properly control the effectiveness of the new arrangement and energy savings. The economic analysis evidenced that after installing the inverter in the pipeline oil pump unit, the efficiency of the delivery system has been significantly improved. This method strongly reduces energy waste. From year 2008 and 2009, according to the throttling data calculated each month, this pipeline system was actually saving a 3,820,300 kWh, equivalent to 1276 tons of standard coal. Assuming the company average power price of 0.797 Yuan/kwh in year 2009; the annual saving would be 3.045 million Yuan (300000 €).  The Return on Investment (ROI)  of the inverter equipment was  two and a half years.

The maintenance strategy of the plant was of the preventive and planned type, including when necessary some emergency failure or repair situations. The plant required a shutdown of about four month every year, due to the availability of more machines in the same station, to conditions of cold season obliging to keep the plant down. Another important part was due to the maintenance and reconditioning activities (Fig.2).

The parts that needed more attention were those involved by the wear due to the contact with the oil trasported, both in the pump and also on the pipeline. Vibrations and noise were also  arising problems due to the heavy operation of the pumps. After the intervention with the variable speed there was not anymore the need to shut down the pump so often and therefore the MTBM is strongly increased together with the availability of the plant. Maintenance costs have been reduced because of a better organization of the activities, exploitation of parts of machinery and plant. That was a further economic advantage to the financial operation of the oil transportation.

High voltage variable frequency transformation has good effects on the pipeline oil transportation systems. From one side, not only the advantages were significant for the plant, but also for the definition of more advantageous solutions to be used for other existing oil transportation pipelines. It can reduce the operating costs for the oil companies, and also generate indirect economic benefits, including impact reduction on the mechanical parts, reduction of wear and noise. It allows to extend the MTBM, life expectation and other aspects for oil pump units.