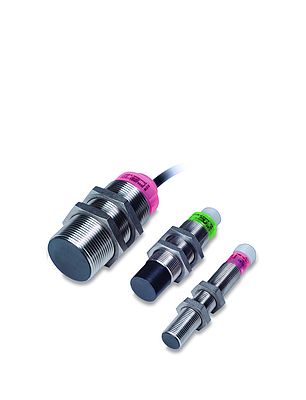 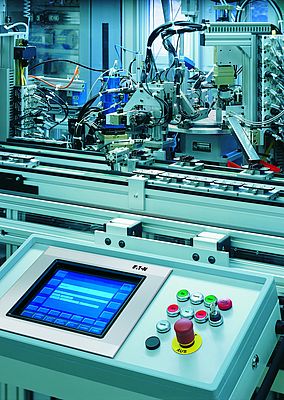 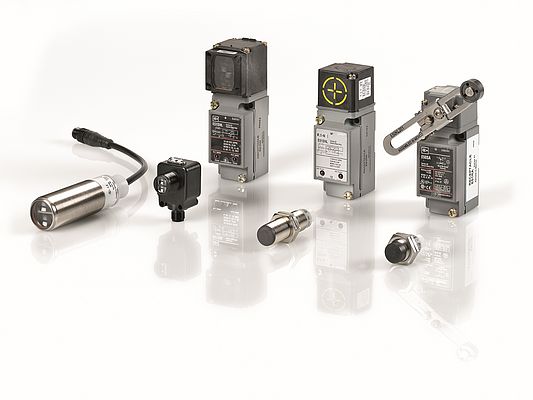 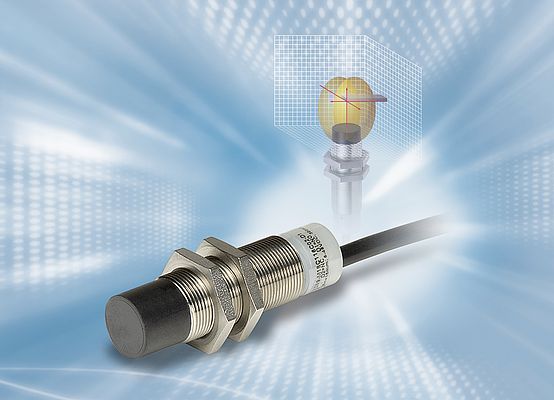 There is a vast selection of industrial proximity sensors on the market today, so how do you choose the best type for your application? Eaton's Stuart Greenwood provides some guidance.

That's not to say capacitive sensors don't have their uses. They are very suitable for detecting liquids and powders and are often used for level control in tanks and hoppers. Unless the special ability of capacitive sensors to respond to non-metallic targets is needed, however, it is almost always better to choose an inductive sensor.

That's not the end of the story, as inductive sensors are offered in a huge range of sizes and types. The basic physical formats are cylindrical, often with threaded bodies, and rectangular. Cylindrical sensors are popular, since they're easy to install and, particularly with threaded body types, accurate adjustment of the mounting position is easy. They're available in standard and short-body versions, and most manufacturers offer units with stainless-steel bodies, which are suitable for food and pharmaceutical applications.

Rectangular sensors are, however, less likely to be displaced by impacts in, for example, mechanical handling systems and the larger versions have a longer operating range than can usually be provided by cylindrical-body sensors. They are often chosen for "heavy-duty" applications. Current models of both cylindrical and rectangular sensors will almost certainly have ingress protection (IP) ratings of IP67 or better, which means they can be used in wet and dirty conditions, and that they will be unaffected by washdown cleaning operations.

Because of the popularity of cylindrical inductive proximity sensors, they are offered in an almost bewildering array of types, which can make it hard to decide on the best unit for a specific application. The decision process has, however, been made less difficult by the recent appearance on the market of intelligent proximity sensors. Users can configure many of the characteristics of these to match their own specific requirements, which means that one type of sensor suits many applications.

DC versions of these intelligent sensors automatically detect whether NPN or PNP output operation is needed, and set themselves accordingly. They can also be expected to offer an extended sensing range that is more than twice that of a standard sensor with the same body size. The best models go much further, however, by incorporating embedded microprocessors to allow a level of customisation that has never previously been possible.

Users can, for example, switch the sensors between normally open and normally closed operation, and they can not only adjust the sensing range precisely, but also set sensing bands anywhere within the sensing range. The sensor responds only when the target is within this band - if it is closer or further way, it is not detected. This feature can be used to ensure accurate positioning of a target, and is also invaluable for ignoring the influence of metallic objects closer to the sensor than the target.

These sensors even incorporate user-adjustable time delays and speed detection logic that can be turned on or off as required. This means that, in many applications, the need for an external timer or speed relay is eliminated, saving money, space and installation time.

No one would deny that there is a huge variety of proximity sensors on offer today, but choosing the right one for your application needn't be too much of a challenge. Inductive rather than capacitive types are right for most applications, and choosing the right inductive sensor has now been made much easier by the introduction of intelligent types, which you can configure to work exactly as you want.

“Power on Demand” for Energy Saving

How can you benefit from the ErP directive?

What do the IE3 motor changes mean for your business?

Motors & Drives
Eaton's EMS electronic motor starter for two operating directions, features integrated motor protection, is suitable for three-phase motors with a rated output of up to 3kW and is designed for small drive systems in standard and safety applications
Read more

Motors & Drives
The PowerXL DL1, Eaton's elevator drive, is designed for use with motors with up to 100 poles and PM motors. Its specific functions for elevators that make it easy to integrate it into new elevator systems and retrofit it into existing ones
Read more

Motors & Drives
Eaton's PowerXL DA1 Variable Frequency Drive for the machine and system building industry, is characterized by its flexibility in terms of communications protocols, and a function block editor (PLC) that makes it possible to configure the drive
Read more

Motors & Drives
The compact Eaton S811+/S801+ family of soft starters provides solid performance beyond the standard protective functions offered by most soft starters. This range of solutions increases productivity and lowers costs in applications with a set speed
Read more

Motors & Drives
Eaton's PKE two-component motor starter with electronic overload protection is made up of a DILM contactor and a PKE motor-protective circuit-breaker, rated for up to 15A and features plug-in terminals that make it easy to replace components
Read more

Automation
With SmartWire-DT the I/O level of the PLC is integrated in the switching devices. Eaton's XV HMI/PLC can access the digital and analog data from the control circuit device right through to the circuit-breaker. Gateway and I/O level are unnecessary
Read more

Motors & Drives
Always knowing the actual current consumption of each motor brings clear benefits. The comprehensive data supplied by Eaton's PKE via SmartWire-DT enables energy consumption to be optimized and diagnostics to be carried out effectively
Read more

From the Simple Oil Contactor to the Intelligent Lean Solution

One of the World’s Smallest Infrared Sensors