More than 100 electric motors from maxon have been used on the Red Planet and have withstood cosmic radiation, dust storms, and temperature fluctuations. With the Perseverance rover, precision drives are once again flying to Mars. The key to success is th 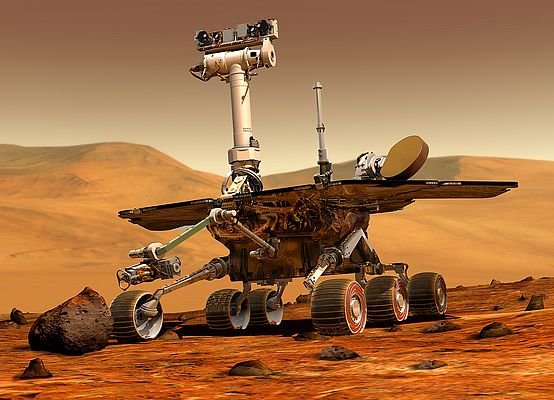 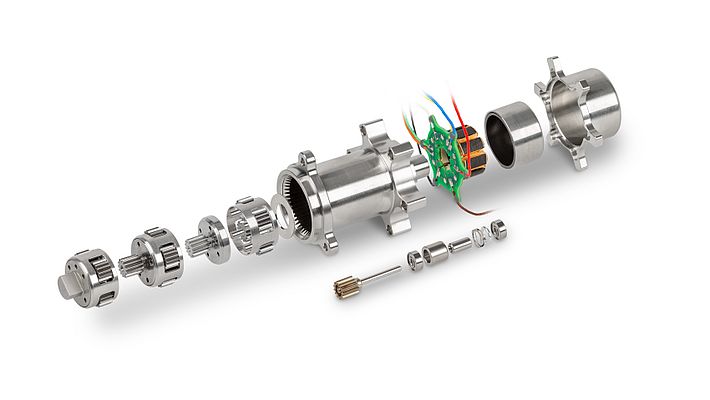 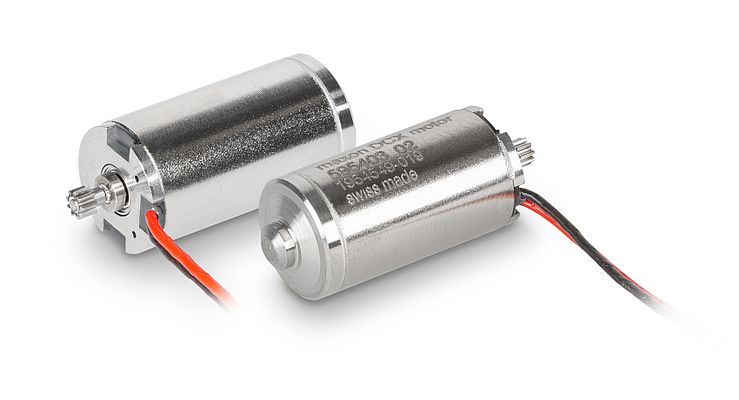 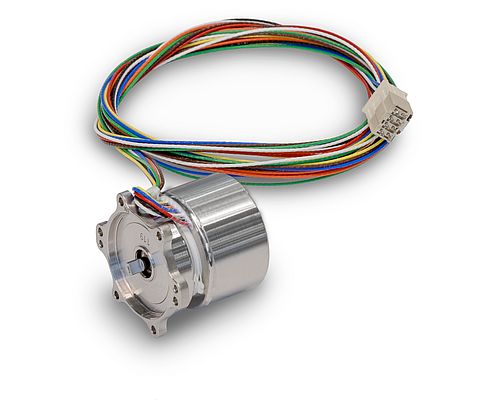 Mars missions without maxon drive systems? Unthinkable! In the last three decades, these DC motors have been used in virtually all successful robot missions. More than 100 of them are already on the Red Planet and the number will go up again once NASA's Perseverance rover starts its work in 2021. Space missions make up only a small part of maxon's projects, however. Most of the DC and BLDC motors, controllers, gearheads, and encoders made by the Swiss company end up in medical applications, industrial automation, or robotics.

So why is maxon such an important supplier for space projects? The short answer is because of the high quality of its standard products. All the drives that have been used on Mars are based on products from the company's catalog, which are used on Earth in all kinds of different applications. Naturally, modifications need to be made to them so the products can withstand the harsh conditions. Nevertheless, the basic designs are the same.

Into the unknown with 11 DC motors

In 1997, for the first time in history, a vehicle roamed around on the surface of Mars, taking photos and investigating the soil. NASA's Sojourner Rover, with six wheels and weighing just 11 kilograms, was intended at the time to be a relatively low-cost experiment. The choice was made to use as many standard industrial products as possible – such as the 11 DC motors used for propulsion, steering, and the operation of scientific instruments. The maxon drives, with their typical ironless rotor and rhombic winding, were more powerful and more dynamic than conventional DC motors. maxon's engineers also modified the brushes and the lubricant. At the time, we were all unsure if the modifications would be enough for a successful Mars mission. We had no previous experience to help us and the challenges were daunting. The drives had to survive: strong vibrations during the rocket launch, vacuum and cosmic radiation during the journey, a hard landing on Mars, dust storms and temperature fluctuations from -120 to +25°C. However, the mission was a success, and maxon became world-renowned.

The urge to undertake further exploratory missions to the Red Planet grew among space agencies. They were after answers to big questions, such as: Is there water or ice on Mars? Does life exist there or could life at least have existed there earlier? And why did the planetary neighbors Earth and Mars develop in such different ways?

A duo exceeds all expectations

After the success of Sojourner, NASA decided to send two more scientific research robots into space at the same time: the twin rovers Opportunity and Spirit. They were in a whole different class from Sojourner, each weighing 185 kilograms and equipped with instruments that could brush the ground and drill into Martian rock. In January 2004, the vehicles landed on the planet separately from one another and started their mission, which was intended to last at least three months. Spirit ultimately worked for six years before it got stuck in the sand. Its twin Opportunity made it to 15 years, during which it traveled more than 45 kilometers. For the scientists involved, this mission was a dream come true: with the help of the rovers, they were able to demonstrate that liquid water must have once existed on the Red Planet – a prerequisite for life.

maxon made an important contribution: 35 brushed DC motors with diameters of 20 or 25 millimeters were used in each of the vehicles, responsible for propulsion, control, and the robotic arm. Another eight electric drives were used in the rovers' landing unit.

Similar motors were used again in 2008 when NASA sent its next mission to the Red Planet with the stationary Phoenix probe. It searched for frozen water and finally found it in a soil sample that was heated for analysis. maxon's drives aligned the solar panels of the probe and moved its robotic arm.

A motor hammers through the Martian soil

Many technical developments have occurred since then. Today, there are two more robots on Mars: One is the Curiosity Rover, which, in terms of its size and measuring instruments, dwarfs all previous missions. The vehicle has been in use since 2012, weighs almost a ton, and is equipped with ten instruments. In this project, maxon's contribution is small, but crucial. The company provided MR encoders that are needed for control of the motors.

At the end of 2018, the next stationary probe, InSight, landed on Mars. To extend its solar panels, the NASA engineers used the proven RE 25 motors that were previously installed in the twin rovers Spirit and Opportunity. Meanwhile, a new brushed DCX drive was deployed for the first time, in order to hammer a temperature probe (called a “mole”) several meters into the Martian soil.

The next adventure awaits

The maxon team is once again looking excitedly toward Mars: In 2020, NASA is sending the Perseverance rover, which it hopes will help to discover traces of former life. Its most important job is to take multiple soil samples, seal them in containers, and deposit them on the surface of Mars so that a future mission can return them to Earth. Several maxon BLDC motors are being used to handle the samples inside the rover. Some are installed in the robotic arm which will move the samples from station to station. maxon motors will also be used when sealing and depositing the sample containers.

These drives are based on standard products from maxon's catalog – nine EC 32 flat motors and one EC 20 flat in combination with a GP 22 UP planetary gearhead. maxon's engineers have modified and thoroughly tested the drives over many years, working together with the specialists from the Jet Propulsion Laboratory (JPL), which handles all unmanned missions for NASA.

The Perseverance rover will land on Mars on February 18, 2021 – but it won't be alone. It will carry with it the helicopter drone, Ingenuity. The drone weighs 1.8 kilograms, is solar powered, and is designed to take aerial photographs during short flights. This experiment will primarily test the concept for further drones of this kind. It's no surprise to find that maxon is involved in this device too. Six brushed DCX motors with a diameter of 10 millimeters control the tilt of the rotor blades, which determines the direction of flight. If the helicopter takes off, maxon will once again be part of a great engineering achievement on Mars – 24 years after Sojourner.

If you are interested in space drives, and want to learn more about the experience and expertise of maxon, visit: mars.maxonworld.com

By Stefan Roschi, Head of Communications at maxon Group

In search of signs of life on Mars

Motors & Drives
Mars once had liquid water and an atmosphere—was there life too? To answer this fundamental question, NASA is sending the Perseverance rover, a robot of unparalleled complexity
Read more