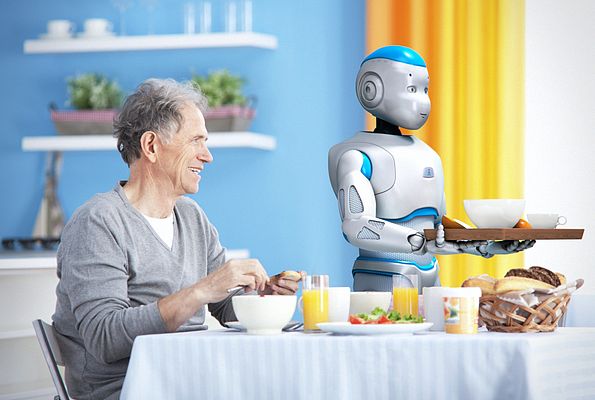 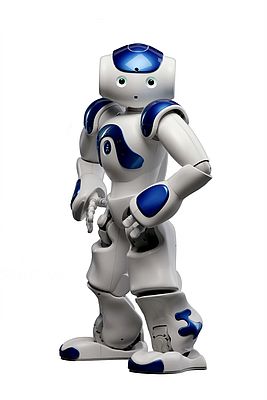 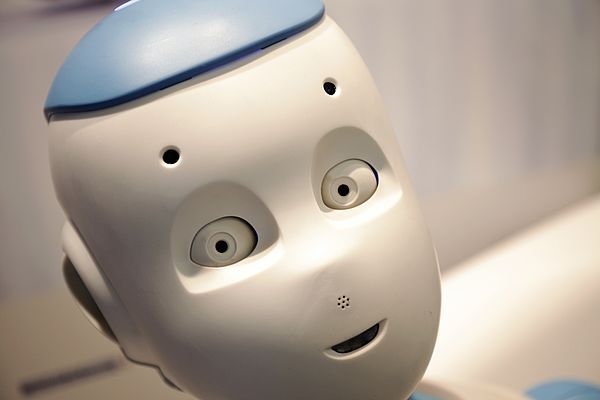 Romeo is an assistive robot, designed for helping elderly persons in their households. DCX motors move his eyes. Images © 2014 Aldebaran 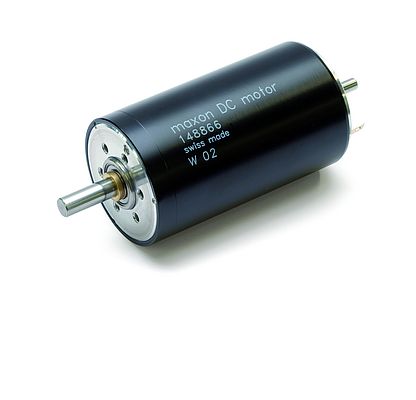 This drive, which has a diameter of 40 millimeters, provides 150 W of power. It is equipped with graphite brushes and the ironless maxon winding, and has no cogging torque. 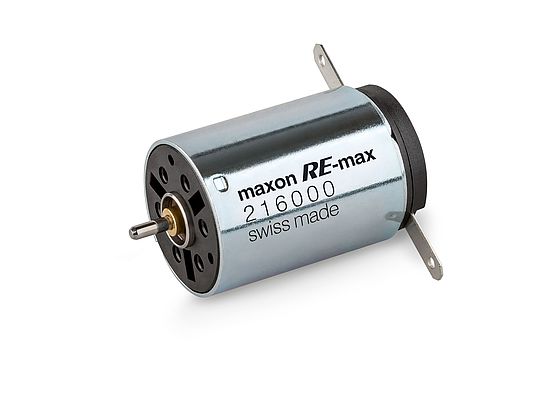 Compared to the RE motor, the RE-max costs less to produce, but is nevertheless equipped with high-quality magnets. The type used here provides 4.5 W.

The French company Aldebaran wants to develop robots that can help the elderly with household tasks and even become their friends. Romeo is an important step in this direction. The humanoid robot's each and every movement is driven by maxon's motors.

He looks almost like a boy, 146 cm tall and with soft facial features that give him a friendly appearance. This is intentional. Romeo is not a human, but instead a humanoid robot developed to assist the elderly.

The research in this field is still in its infancy, yet this does not deter Aldebaran. The French company views assistive robots as the next industrial revolution - after the car, the computer and the smartphone. The average age of the world's population is getting higher and higher and soon there will be a major shortage of care personnel. Humanoid robots can close this gap. Romeo will be an important puzzle piece for this development.

Romeo reads people's emotions
The robot has been conceived to one day work as an assistant to elderly persons, to lengthen the time that they can continue to live independently in their own homes. "Romeo will be able to walk up stairs, support people that have difficulty walking, or fetch objects from another room by himself", says Rodolphe Gelin, Head of Cooperative Projects at Aldebaran. Romeo can also remind his owners of appointments or tell them when to take their medicine. He does all of this with a certain human touch. "Romeo can read the emotions of the people with whom he interacts and adapts his behavior accordingly. We don't see him as a butler, but rather as a companion that takes care of his human friend."

Aldebaran Aldebaran has been working on Romeo since 2009, but the robot has only been presented to the general public this year, in a revised version. There is a reason for the long development period. Although the developers already have extensive experience through their work on Romeo's smaller brother, Nao, of which 3000 models have already been sold, making a robot larger is not so easy. It was not possible to simply make a bigger yet identical copy of the technology used in Nao, who is 57 cm tall and weighs approx. 5 kg. Initially, the legs were a particular challenge for the engineers. Romeo weighs a lot more, which makes him slower and more difficult to control. It is also a question of safety. The larger and heavier a robot is, the greater the risk of the robot falling or having a collision. Nevertheless, the developers at Aldebaran felt that it was important for Romeo to be of some height. After all, he has to be able to easily open doors and grab objects on a table.

39 DC motors move Romeo
A main difference in comparison to Nao is that Romeo needs larger and stronger motors. Aldebaran therefore contacted maxon motor and together they found the perfect drive for each of the robot's joints. 39 DC motors from Switzerland have now been integrated; these include ten RE 40 and ten RE 25 motors. Additionally, the engineers have used various sizes of the RE-max series, as well as five DCX motors. The latter are particularly efficient, and known for the ease with which they can be configured online. Aldebaran has collaborated with maxon motor in the past, during the development of Nao, and has a high opinion of the micromotors: "The high quality of the drives guarantees reliability", says Rodolphe Gelin.

All the drives used have one thing in common: They are brushed motors equipped with a special ironless winding, which gives them very good control behavior and makes them perfectly suited for applications in robotics. Gelin says: "For us, it is important that the motors be as small and light as possible in relation to their power. They also have to have high torque at low speeds, to keep the gear percentage small." An advantage of this is that force feedback is obtained without using a sensor. In maxon's motors, the current is proportional to the torque. Via the current, the controller obtains the information that Romeo has reached an obstacle or has collided. "For safety, this is a key factor."

A research program for laboratories
To date, seven Romeos have been constructed; four of them will go to different European laboratories. In the next two years, the laboratories will work intensively on the robot's ability to walk, its navigation and the human-robot interaction and they will continuously exchange the results among each other. Romeo is a research platform. In his current form, he will never become a mass-produced robot. Rather than a focus on mass production, the idea is to achieve important advances in the field of humanoid robotics through international cooperation. The results obtained in the coming years will be incorporated into the development of future robots. Rodolphe Gelin says: "We want to profit from the research and build future products based on the developments achieved."
This does not mean that Romeo will never glimpse the world beyond the laboratory walls. He will be continuously revised based on the results from the research platform. From 2016 onwards, he will be used as an assistant to the elderly in real-life tests and will open doors for them, carry bottles or simply be a good friend.